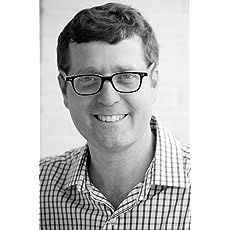 I don't remember one thing about the day I was born, though I have been given to believe that it happened in Warner Robins, Georgia, which serves as the setting for most of my childhood memories. I received an undergraduate degree from Furman University and hold a PhD in seventeenth-century literature from Vanderbilt University. I have spent most of my adult life in Nashville, Tennessee, where I live with my wife, our six kids, and a Labrador retriever.

I call my fiction "fantasy adventure stories told in an American accent." The Wilderking Trilogy (The Bark of the Bog Owl, The Secret of the Swamp King, and The Way of the Wilderking) and The Charlatan's Boy are fantasy stories, but they owe more to Twain than to Tolkien. Peopled by boasters, brawlers, bumpkins, con men, cowboys, and swampers, my novels draw deeply from American vernacular storytelling traditions. They harness the humor of that tradition in the service of divine comedy--a worldview in which the sorrows and hurts of this world, as true as they might be, aren't nearly so true as a vital joy and love that will one day sweep everything before them like a flood.

I love the comic novel in particular because I believe that even low comedy can be a way to get at transcendence. But my non-fiction books--The World According to Narnia, Saint Patrick, and The Terrible Speed of Mercy: A Spiritual Biography of Flannery O'Connor--center on divine comedy too.

In recent years, I have gone back to teaching creative writing at New College Franklin as well as online and in live-action seminars.

I also host the Habit Membership -- community for writers -- at thehabit.co.
Read more 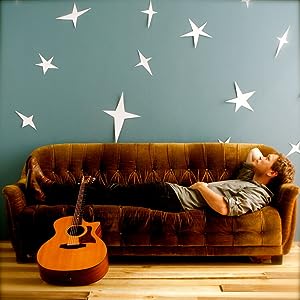 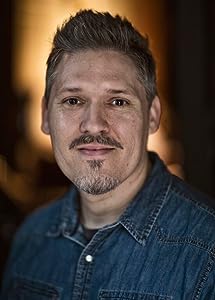 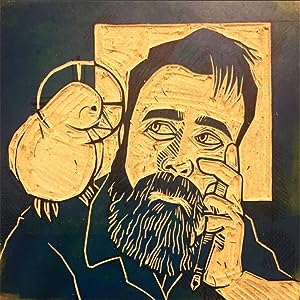 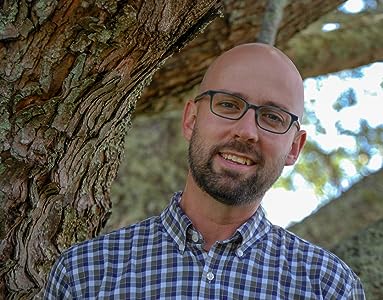 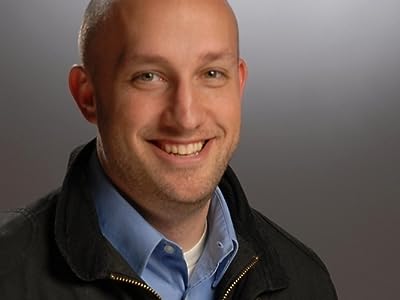 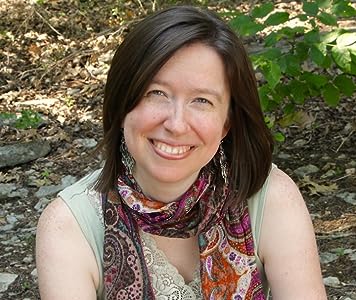 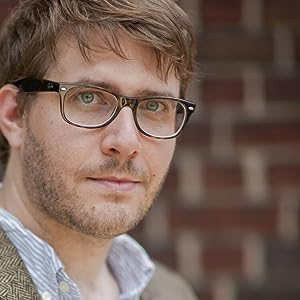 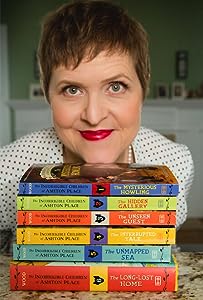 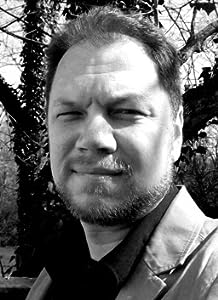 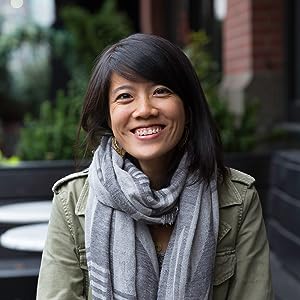 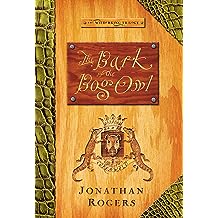 The Bark of the Bog Owl (The Wilderking Trilogy Book 1) May 15, 2013
by Jonathan Rogers, Abe Goolsby
( 303 )
$5.99
Courage and a heart for adventure drive twelve-year-old shepherd boy Aidan Errolson. When the bark of the bog owl echoes from the forest across his father’s well-tended pastures, Aidan dreams of wild places still untamed and quests not yet pursued.

Aidan’s life changes forever on the day Bayard the Truthspeaker arrives at Longleaf with an astonishing pronouncement: it is Aidan’s destiny to be the Wilderking, who will ascend to the throne from Corenwald’s wildest places. Only the Wilderking can balance his people’s civilizing impulses with the wildness that gives Corenwald its vitality. But not just yet. Many trials and adventures will shape the shaggy-headed shepherd boy into the man who can bring the kingdom back to its former glory.
Read more
Other Formats: Audible Audiobook , Hardcover , Paperback 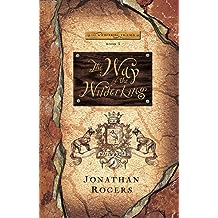 Aidan has no intention of leading any such rebellion. But when the kingdom continues to weaken, and the enemy Pyrthens threaten to invade, it’s clear the Aidanites are the only army his people have left. What soon transpires among civilizers, feechiefolk, Corenwalders, and Pyrthens, no reader could predict.
Read more
Other Formats: Audible Audiobook , Hardcover , Paperback 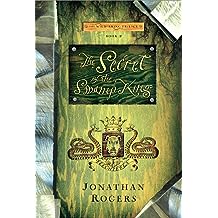 It looks like a fool’s errand. A jealous and vindictive King Darrow sends Aidan Errolson on a seemingly impossible quest into the depths of the Feechiefen Swamp. Darrow thinks he’s sending Corenwald’s young deliverer to certain death. No one, after all, comes back from the Feechiefen. He doesn’t know that Aidan has friends and allies among the feechiefolk, who know him as the hero Pantherbane.

But even the feechiefolk may not be able to deliver Aidan from the enemy who waits in the swamp’s deepest recesses—an enemy who threatens not just Aidan, but all of Corenwald.
Read more
Other Formats: Audible Audiobook , Hardcover , Paperback 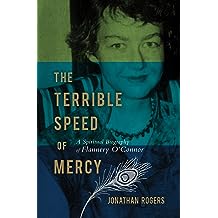 “Many of my ardent admirers would be roundly shocked and disturbed if they realized that everything I believe is thoroughly moral, thoroughly Catholic, and that it is these beliefs that give my work its chief characteristics.”

Flannery O’Connor’s work has been described as “profane, blasphemous, and outrageous.” Her stories are peopled by a sordid caravan of murderers and thieves, prostitutes and bigots whose lives are punctuated by horror and sudden violence. But perhaps the most shocking thing about Flannery O’Connor’s fiction is the fact that it is shaped by a thoroughly Christian vision. If the world she depicts is dark and terrifying, it is also the place where grace makes itself known. Her world—our world—is the stage whereon the divine comedy plays out; the freakishness and violence in O’Connor’s stories, so often mistaken for a kind of misanthropy or even nihilism, turn out to be a call to mercy.

In this biography, Jonathan Rogers gets at the heart of O’Connor’s work. He follows the roots of her fervent Catholicism and traces the outlines of a life marked by illness and suffering, but ultimately defined by an irrepressible joy and even hilarity. In her stories, and in her life story, Flannery O’Connor extends a hand in the dark, warning and reassuring us of the terrible speed of mercy. 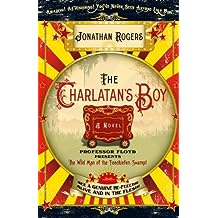 
As far back as he can remember, the orphan Grady has tramped from village to village in the company of a huckster named Floyd. With his adolescent accomplice, Floyd perpetrates a variety of hoaxes and flimflams on the good citizens of the Corenwald frontier, such as the Ugliest Boy in the World act.

It’s a hard way to make a living, made harder by the memory of fatter times when audiences thronged to see young Grady perform as “The Wild Man of the Feechiefen Swamp.” But what can they do? Nobody believes in feechies anymore.

When Floyd stages an elaborate plot to revive Corenwalders’ belief in the mythical swamp-dwellers known as the feechiefolk, he overshoots the mark. Floyd’s Great Feechie Scare becomes widespread panic. Eager audiences become angry mobs, and in the ensuing chaos, the Charlatan’s Boy discovers the truth that has evaded him all his life—and will change his path forever.
Read more
Other Formats: Paperback 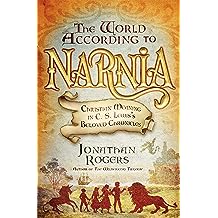 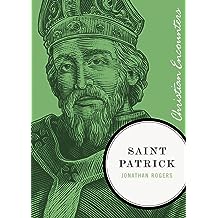 Patrick was born the son of privilege and position, but he was only a teenager when he was taken from his home in Roman Britain by marauders and sold into slavery in Ireland. Despite his terrible circumstances, young Patrick did not give way to despair. As he worked as a shepherd in the pastures of his new owner, he kindled the faith he’d inherited from his family and eventually escaped to freedom. Then, after returning home, he experienced a dream that changed everything: God wanted him to go back and take the Gospel to the country of his captors.

Patrick heeded the call. Both humble enough to minister to beggars and bold enough to confront kings, Patrick led the Irish through his brave and compassionate service into the Christian faith and baptized thousands. Separating the many myths from the facts, Jonathan Rogers weaves a wonder-filled tale of courage, barbarism, betrayal, and hope in God’s unceasing faithfulness. Countless miracles have been attributed to Saint Patrick, but perhaps one of the simplest and most amazing is that he won the hearts and souls of the same fierce and indomitable people who had enslaved him. 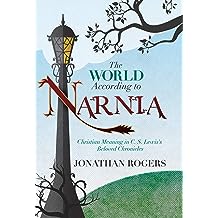 The World According to Narnia: Christian Meaning in C.S. Lewis's Beloved Chronicles Jan 19, 2019
by Jonathan Rogers
( 5 )
$5.99
THE WORLD ACCORDING TO NARNIA is a journey further up and further into the imaginative world of C.S. Lewis. Along the way, Jonathan Rogers makes the case that this world-the one where we actually live-is a place no less wondrous than Narnia itself.Imagination is a serious business. It gives substance to our yearnings for something beyond ourselves. Imagination is what convinces us that there is more to the world than meets the eye. And isn't that the first principle of faith?
Read more