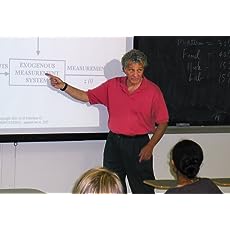 "Professor Joe" - as he is called by his students - is a Distinguished Professor of Computer Science and Medicine and former Chair of the Computational & Systems Biology Interdepartmental Program at UCLA - an undergraduate research-oriented program he nurtured and honed over several decades. As an active full-time member of the UCLA faculty for more than half a century, he also developed and led innovative graduate PhD programs, including Computational Systems Biology in Computer Science, and Biosystem Science and Engineering in Biomedical Engineering. He has mentored students from these programs since 1968, as Director of the UCLA Biocybernetics Laboratory, and was awarded the prestigious UCLA Distinguished Teaching Award and Eby Award for Creative Teaching in 2003, and the Lockeed-Martin Award for Teaching Excellence in 2004. Professor Joe also is a Fellow of the Biomedical Engineering Society. Visiting professorships included stints at universities in Canada, Italy, Sweden and the UK and he was a Senior Fulbright-Hays Scholar in Italy in 1979.

Professor Joe has been very active in the publishing world. As an editor, he founded and was Editor-in-Chief of the Modeling Methodology Forum - a department in seven of the American Journals of Physiology - from 1984 thru 1991. As a writer, he coauthored both editions of Feedback and Control Systems (Schaum-McGraw-Hill 1967 and 1990), more than 200 research articles, and his opus intermediate-to-advanced level textbook: Dynamic Systems Biology Modeling and Simulation (Academic Press/Elsevier November 2013 and February
2014). His latest textbook (Biomodeling Educators, June 2020) is Dynamic Biosystem Modeling & Simulation Methodology - Integrated & Accessible. This is a more introductory treatment for life science, bioengineering and computer science undergraduates, available in greyscale and color versions on Amazon.

Much of his research has been based on integrating experimental neuroendocrine and metabolism studies in mammals and fishes with data-driven mathematical modeling methodology - strongly motivated by his experiences in "wet-lab". His seminal contributions to modeling theory and practice are in structural identifiability (parameter ambiguity) analysis, driven by experimental encumbrances. He introduced the notions of interval and quasi-identifiablity of unidentifiable dynamic system models, and his lab has developed symbolic algorithmic approaches and new internet software (web app COMBOS) for computing identifiable parameter combinations (biocyb1.cs.ucla.edu/combos). These are the aggregate parts of otherwise unidentifiable models that can be quantified - with broad application in model reduction (simplification) and experiment design. His long-term contributions to quantitative understanding of thyroid hormone production and metabolism in mammals and fishes have been crystallized into web app THYROSIM - for internet-based research and teaching about thyroid hormone dynamics in humans (biocyb1.cs.ucla.edu/thyrosim).

Last but not least, Professor Joe is a passionate straight-ahead jazz saxophone player (alto and tenor), an alternate career begun in the 1950s in NYC at Stuyvesant High School - temporarily suspended when he started undergrad school, and resumed again in middle-age. He recently added flute to his practice schedule and he and his bands can be found occasionally gigging in Los Angeles or Honolulu haunts.
Read more 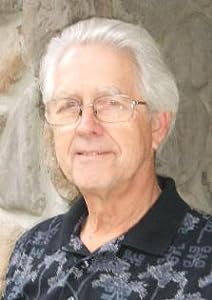 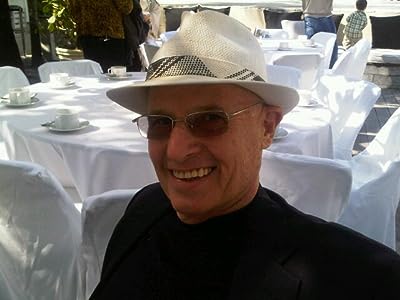 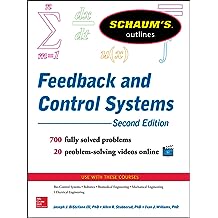 Fortunately for you, there’s Schaum's. This all-in-one-package includes more than 700 fully solved problems, examples, and practice exercises to sharpen your problem-solving skills. Plus, you will have access to 20 detailed videos featuring instructors who explain the most commonly tested problems--it's just like having your own virtual tutor! You'll find everything you need to build confidence, skills, and knowledge for the highest score possible.

More than 40 million students have trusted Schaum's to help them succeed in the classroom and on exams. Schaum's is the key to faster learning and higher grades in every subject. Each Outline presents all the essential course information in an easy-to-follow, topic-by-topic format. You also get hundreds of examples, solved problems, and practice exercises to test your skills.

This Schaum's Outline gives you

Fully compatible with your classroom text, Schaum's highlights all the important facts you need to know. Use Schaum’s to shorten your study time--and get your best test scores! 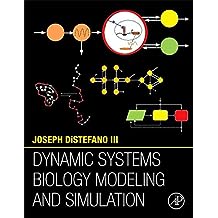 Dynamic Systems Biology Modeling and Simuation consolidates and unifies classical and contemporary multiscale methodologies for mathematical modeling and computer simulation of dynamic biological systems – from molecular/cellular, organ-system, on up to population levels.  The book pedagogy is developed as a well-annotated, systematic tutorial – with clearly spelled-out and unified nomenclature – derived from the author’s own modeling efforts, publications and teaching over half a century.  Ambiguities in some concepts and tools are clarified and others are rendered more accessible and practical.  The latter include novel qualitative theory and methodologies for recognizing dynamical signatures in data using structural (multicompartmental and network) models and graph theory; and analyzing structural and measurement (data) models for quantification feasibility.  The level is basic-to-intermediate, with much emphasis on biomodeling from real biodata, for use in real applications.