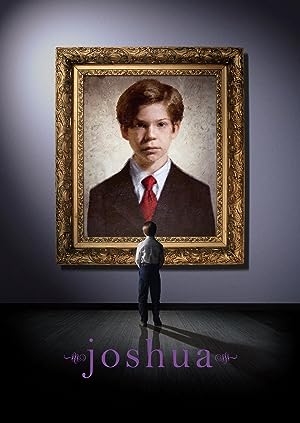 (442)
5.91 h 45 min2007X-RayR
The arrival of a newborn girl causes the disintegration of the Cairn family - especially that of 9-year-old Joshua, an eccentric boy whose proper upbringing takes a sinister turn.

WillReviewed in the United States on July 27, 2017
5.0 out of 5 stars
Worth it!
Verified purchase
This was a good movie. While there's nothing groundbreaking, this movie does what it sets out to do: tell an entertaining story. I found the pacing just right, the acting solid, and the suspenseful/creepy factor consistently high. This movie is a psychological thriller, so if you go into it with the expectation of a jump scare fiesta like people have come to associate with horror you'll come away disappointed. Actually, you'd dislike the vast majority of the movies I like and we probably shouldn't have a movie night together.

Actually, I was going to give this movie four stars but I'm going to give it five to combat the unnecessarily harsh reviews. For me, it kept me engrossed in the story, rooting for the protagonist, and left off on a decidedly creepy note. I'd like to see more movies of this caliber.

Deanna NaceReviewed in the United States on July 16, 2019
2.0 out of 5 stars
Predictable, nothing spectacular, unrealistic.
Verified purchase
Man, I kept waiting for something to bring the movie up out of its mundane, slow, & predictable pace but it never happened. The parents, school, workplace, boss, & community came across as plastic, dull, & unrealistic. What parents buy nothing but slacks, dress shirts, ties & sportcoats for their nine year old to wear every single day even to the park? And his hair is short, parted on the side, always gelled & meticulously combed? I get the movie is telling us Joshua is different but it's too abnormal. He didn't play & had no friends. I immediately wondered why Joshua wasn't already in counseling. No one had any common sense. Not scary. Instead tension: mom dropped & broke her glass, is barefoot, & you're waiting for her to step on it which of course she does. Or small kid standing on the curb of very busy street trying to cross alone or baby buggy on the edge of top step of a steep stairway.
3 people found this helpful

Todd M.Reviewed in the United States on April 10, 2021
3.0 out of 5 stars
There’s not much new in this one.
Verified purchase
It’s an OK physiological thriller but it just reminded too much of a sifter version of The Omen and the kid just wasn’t the best choice to convey what the movie seemed to want to convey. If he were cuter and more warm then what he did would seem more horrific but there wasn’t even any chemistry between him and his parents. It could have gone the other way and he could have been more like Chuckie and demon-like but it just landed in the middle as someone that didn’t overtly do much of anything and he was just an annoyance who seemed to be jealous of his new sister. I’m not sure who the monsters were in this one… the kid or his parents.

Richard M. RimmerReviewed in the United States on November 3, 2019
2.0 out of 5 stars
One of the worst movies watched
Verified purchase
I thought I've forgotten I saw this before. The reason why I remembered is the ending. We don't know why the son is what he is, nice but evil. The mother suffers from post partum depression, the husband takes on the duties befitting a wife. We don't know what happened to her, really. The boy finds another somebody who sort of looks like John Ritter. That was that. It wasn't a good movie. I remember it, three times. Once in pre-production (in a parallel realm), another in watching the movie in its final form, and more recently, the last time. It's a lousey movie. D-
2 people found this helpful

ttReviewed in the United States on January 27, 2019
1.0 out of 5 stars
Couldn't take it....
Verified purchase
This movie was so bad I had to write a review. I could not bring myself to finish it. Yes, the son is creepy and I definitely caught on early that he was tampering with his little sister causing her to cry but the mom is another story by herself. Her behavior was erratic and very juvenile to be a mother of 2. The first baby nearly drive you mad and you're clearly not equipped to cope in difficult situations but then you have another and then proceed to act younger than them both combined? No thanks. Bless the dad's fault though.
4 people found this helpful

Grr white wolfReviewed in the United States on February 15, 2019
1.0 out of 5 stars
It seemed good.........
Verified purchase
Well it seemed good for about 20 minutes into the movie. I thought it was supposed to be horror. But instead it was just 20 minutes of hearing a baby cry. At least lower his cries! It's the loudest part of the movie! Unless you miss hearing a baby cry, this is a perfect movie for it. Seems all the good stuff in horror movies nowadays happens 10 minutes before they end. I couldn't get past the 26 minute mark of this movie.
One person found this helpful

TomHunter1968Reviewed in the United States on December 17, 2014
4.0 out of 5 stars
Easily one of the screepiest "bad seed" child-horror movies ever made.
Verified purchase
**NO SPOILERS** Easily one of the screepiest "bad seed" child-horror movies ever made. This film presses you on all fronts as far as amazing acting (espcially Sam Rockwell), a very compelling religious angle, and a truly evil and highly intelligent child - most specifically in the child's manipulation of virtually every adult he comes across, to serve his own nefarious, pyschotic ends. This one not only, for me, ranks among the top 3 "bad seed" movies, but is definitely in my top 25 horror movies of all time. It seems to be one that has largely been missed by the more casual horror audience, but fans of the genre who haven't seen it will definitely be doing themselves a favor by renting this one.
11 people found this helpful
See all reviews
Back to top
Get to Know Us
Make Money with Us
Amazon Payment Products
Let Us Help You
EnglishChoose a language for shopping. United StatesChoose a country/region for shopping.
© 1996-2021, Amazon.com, Inc. or its affiliates