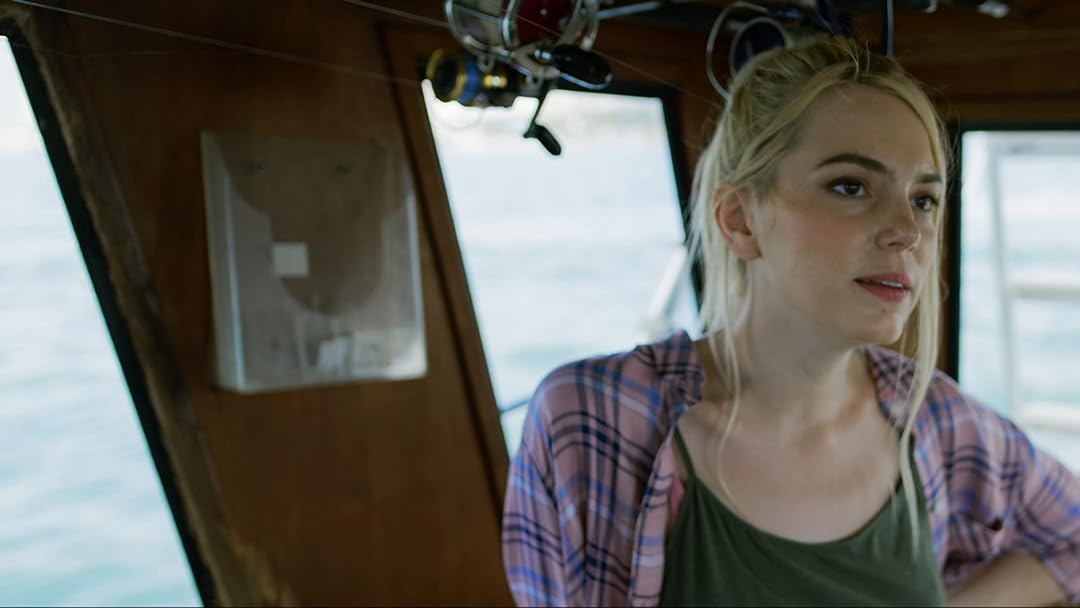 (959)
2.71 h 25 min2021X-Ray13+
A search for their missing father turns deadly when sibling adventurers find themselves viciously attacked by jungle animals. But as they fight back against the relentless onslaught they start to realize something much more sinister may be behind the attacks.

ADAMSFCReviewed in the United States on September 6, 2021
1.0 out of 5 stars
What a load of crap
Verified purchase
In all the years I have watched movies and have given some the benefit of doubt; this is by far the worse I have paid for. What plot, what feelings of remorse for a character dispatched. I wish they all got it in the end. What a complete was of time and money. -11 if I could.
13 people found this helpful

Sandra D.Reviewed in the United States on November 11, 2021
1.0 out of 5 stars
Run
Verified purchase
So I was basically drawn to the title and the beginning of the movie but as the movie went a long you will see how horrible and unbelievable bad this movie is. For example, the actor who play Scott I don't know if he was supposed to act like a twelve-year-old or his acting is basically bad but I was praying that the piranha ate him first but no it got one of the better actor's. Then you have the father acting like he's in Indian director N. KNIGHT bad movies. When I say I was praying that forest take away all of the actor's it was that bad. There was no action,fatality except maybe two or four well now I have to go drink some beer to get over this horrible school project of a movie.
6 people found this helpful

AlReviewed in the United States on August 31, 2021
1.0 out of 5 stars
Avoid this movie
Verified purchase
The trailer looks Ok but the film is terrible. The acting is obviously bad from the start, even the audio recording of the actors is beyond terrible like it was the crew's first day ever making a movie. The whole thing seems like a film student made the movie who has been studying film for 1 week. It still amazes me that humans lack so much self awareness that they think this kind of writing and acting is good, completely delusional.
8 people found this helpful

Amazon CustomerReviewed in the United States on August 31, 2021
1.0 out of 5 stars
10 minutes... all I could take...
Verified purchase
horrible acting, stupid movie, and the poor actress that looks exactly like poor Chelsea Clinton was to much to bare... waste of money... if I could of given less than 1 star I would...
9 people found this helpful

DaleReviewed in the United States on November 25, 2021
3.0 out of 5 stars
We should probably rate this lower but it was interesting but overall stupid. Very low budget.
Verified purchase
This is really a "BE WARNED OF TEARING DOWN THE AMAZON RAINFOREST FOR YOU WILL BE CURSED." kind of movie. Now, grant you, we should do what we can to protect our rainforests and really any forests that we can. Okay, so that's said, let's get down to the basics of this movie. You have a father who is an archeologists of sorts, a Company working in the forests, two adult kids of the archeologist, the Company's Foreman/Manager/CEO (whatever you want to call him.), the workers who pretty much disappear, the local tribes, a crew of a ship with a crazy captain. An artifact is found, a curse is unleashed and people disappear and die. The two adult kids join an expedition with this crew and the Wife of the CEO who wants to find out why this worksite has fallen silent and to find her husband. Once they start to head towards their goal, bad things start to happen. Piranhas attack the boat and destroy it, crocs, giant snakes, bullet ants and locals are all trying to kill them. The locals do something cool with summoning giant spiders which was kinda cool. Other than that, the acting is horrible. The special effects are worse and the plot is so predictable it's unreal but there's still an aspect that you like about the movie. It's so bad you start to make fun of it which makes it rather enjoyable to watch. Satire really. For that aspect, you might find it enjoyable to watch knowing that it's a horrible movie.
4 people found this helpful

Explorer326Reviewed in the United States on November 18, 2021
1.0 out of 5 stars
#8 of 10 top US movies?! I don't think so!! This is a REAL STINKER,filmed in FLORIDA!!!!
Verified purchase
An archaeologist & some Brazilian "lumberjacks" are building a road through the jungle to get the lumber out. They have 1 chainsaw, 1 wheelbarrow, & 3 shovels, all new!!! They cause a curse to activate, get kid-
napped, so the professor's adult childres have to go to "Brazil" to find him. There were way too many hardwood trees in the Brazilian jungle, so I knew it was alot further north than Brazil. Then I noticed that their rescue boat had Florida registration on it!!!!!! The acting was like a school play, All the oversized jungle creatures were CGI pr fake, & not even live in Brazil. Need I say more?!
6 people found this helpful

D RobinsonReviewed in the United States on December 20, 2021
1.0 out of 5 stars
One Hour Of My Life Wasted
Verified purchase
As a disclaimer, I am a fan of corny Sci-Fi movies. I used to love the SciFi channel on the weekends when it was good. As such I thought maybe this would be one of those movies.

I really tried to get through this movie with an open mind. However, I felt like it never went anywhere. Although I understood the goal of the characters, the plot was nonexistent. The characters were annoying from the beginning, especially, the Amanda character. I wanted so bad for her to be one of the ones who got it. As a matter of fact, if the curse or giant creatures ate her, I would increase my rating by a star.

Overall, I didn't expect much from the movie, but I expected something. Would I recommend? No.

GlennReviewed in the United States on November 16, 2021
1.0 out of 5 stars
Horrible movie
Verified purchase
I am only on the first 10 minutes or so where main characters hire a boat to take them up a jungle river. First off the boat has a Florida ID but then their river has Condo off the shore? WTF? Obviously filmed in Florida off Miami or some parts in the Keys going thru Mangroves. Poor acting. I am going to try to get through the whole thing but it doesn't look good.
4 people found this helpful
See all reviews
Back to top
Get to Know Us
Make Money with Us
Amazon Payment Products
Let Us Help You
EnglishChoose a language for shopping. United StatesChoose a country/region for shopping.
© 1996-2022, Amazon.com, Inc. or its affiliates