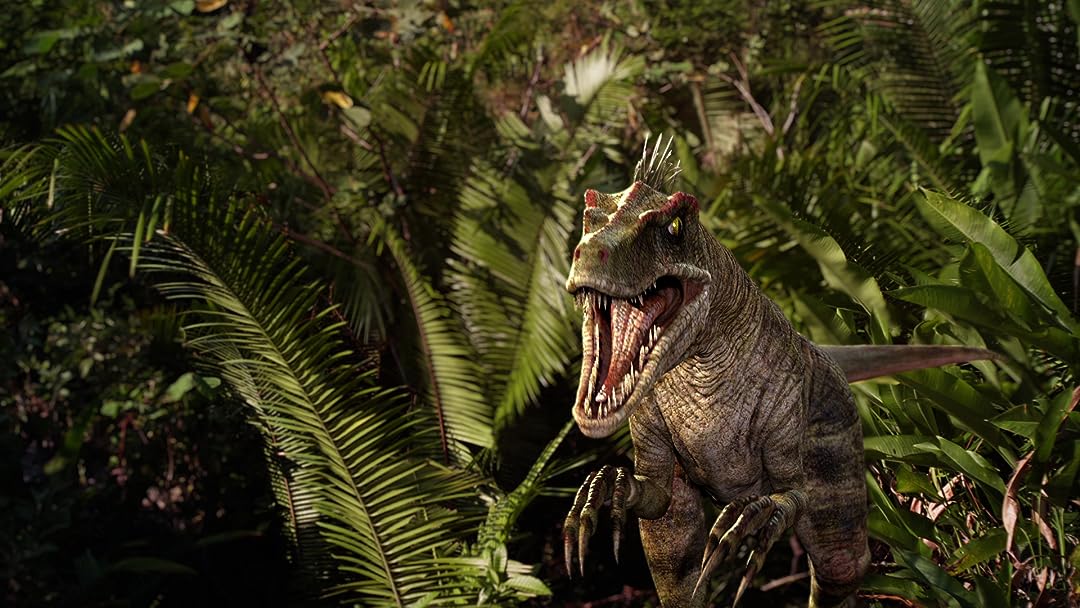 (56)
2.41 h 23 min2016R
While returning from a military expedition a helicopter crash lands a commando unit in a dense, remote tropical jungle - a lost world populated by dinosaurs. Now they must find a way out of this isolated valley before becoming prey for prehistoric predators.

WicingasReviewed in the United States on August 29, 2021
1.0 out of 5 stars
Jurassic disaster
Verified purchase
This is what Jurassic Park might have looked like without a budget, a script or a story. Poor actng, meandering and silly dialogue, weak choreography, etc. When your actors are firing their weapons can they at least pretend to aim? And, of course, there was lots of tough guy nonsense stolen right off of the grade school play ground. The dinosaurs did look decent but they were poorly merged into the scenes.

alanReviewed in the United States on September 4, 2021
1.0 out of 5 stars
some of the worst spray and pray i've ever seen
Verified purchase
If you liked Carnivore and other great Bmovie horrors then you are in lucky. Terrible CG meets the Spray and Pray Commandos. This is truly a bad cheesy movie as our team of special forces crash land in the lost world and do battle with raptors and a trex.
On a serious note the acting is awful combined with a terrible CG team.

Only watch as a last resort.

E.L. WallaceReviewed in the United States on December 19, 2021
1.0 out of 5 stars
Menu broken
Verified purchase
When you hit play movie it places a company logo then goes back to the menu. The movie never plays.

thesilverscreamReviewed in the United States on February 2, 2019
4.0 out of 5 stars
Jurassic attack/Rise of the dinosaurs
The original title of this movie is “Jurassic Attack”, however, it is also known as “Rise of the Dinosaurs” and both are for sale, so be careful, if you have one of them you don’t need the other. I will post this review on both movies for reference.

The basic premise is; a helicopter containing a military team crashes into a crater in the jungles of South America. But they are not alone. Dinosaurs and one crazy professor marooned there also inhabit the area. The survivors of the crash need to try to find a way out of the crater alive. That’s about it.

This is a SYFY channel movie so there are no great characters or writing or plot. The dinosaurs are actually good looking themselves however the graphics incorporating them into the live action is not. They look pasted in and the interaction between the dinosaurs and the actors doesn’t really match. I don’t care. The reason I watch dinosaur movies is for the dinosaurs and this movie has them. There are T-Rexes, Triceratopses, Velociraptors, and some type of sauropod. There is not a lot of blood but there is lots of gunplay and explosions and, by the end, at least two dead T-Rexes. Do not look for anything more in this movie other than dinosaurs picking off people one by one. But that’s why we love these trashy movies anyway.
2 people found this helpful

Cyn CityReviewed in the United States on May 27, 2017
1.0 out of 5 stars
One Star
This movie is the same as Rise of the Dinosaur but with a different title.
2 people found this helpful
See all reviews
Back to top
Get to Know Us
Make Money with Us
Amazon Payment Products
Let Us Help You
EnglishChoose a language for shopping. United StatesChoose a country/region for shopping.
© 1996-2022, Amazon.com, Inc. or its affiliates