The Jury (Paul Madriani Novels Book 6) and millions of other books are available for Amazon Kindle. Learn more 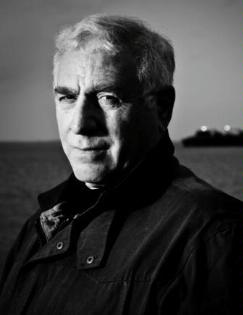 Start reading The Jury (Paul Madriani Novels Book 6) on your Kindle in under a minute.

4.4 out of 5 stars
4.4 out of 5
175 global ratings
How are ratings calculated?
To calculate the overall star rating and percentage breakdown by star, we don’t use a simple average. Instead, our system considers things like how recent a review is and if the reviewer bought the item on Amazon. It also analyzes reviews to verify trustworthiness.
Top reviews

Mystery Buff
3.0 out of 5 stars Paul Madriana hits a Foul
Reviewed in the United States on April 5, 2018
Verified Purchase
It's not a good thing when a few days after reading the book, I couldn't remember many of the characters or the substance of the plot. I did remember main character Paul Madriani and his cynical partner Harry Hinds, but I wasn't clear on why the book was so titled. It did come back to me and yes, I was surprised by the identity of the killer, albeit it seemed a stretch. I hadn't read a book by Mr. Martini in a while so I'm being generous when I say that might have been the cause of my absentmindedness. The book had some moments of true excitement, but not enough to keep me turning pages. Paul and Harry's client was annoying with his trade secret excuses for not being forthcoming and I could accept that this might truly be a function of the nature of the client's work. The book started off with the murder of client's antagonist which now that I think about it the victim was someone I would have liked to know more about. It seemed a shame she was killed immediately when the use of flashbacks might have lent some mystique to the character. The victims immediate murder did make it harder to accept the killer's motive.
I must say this was not one of my favorite books of Mr. Martini. Not every novel can be a home run.
Read more
One person found this helpful
Helpful
Report abuse

K.C. Sierra
4.0 out of 5 stars Poorly titled. Or is it?
Reviewed in the United States on November 1, 2013
Verified Purchase
I've been reading the Paul Madriani series in order for the last couple of months. They're all "very good," worth the time you put into them. They have a few flaws (I'm convinced after getting this far that Steve Martini does not know what "begging the question" means -- he uses the term incorrectly all the time. It gets old. Most people use the term incorrectly, but I would expect lawyers to get it right. Not in Martini's books, though).
My main issue with this book is that its title is misleading. This book is not about the jury. You learn almost nothing about the jury. Is Martini trying to say that the actual jury doesn't matter? Is he saying that the REAL jury consists of the participants and observers of a trial, those who are affected by the crime and the outcome of the trial? Are the lawyers the real jury? Is the judge? Is it the people who are affected by the defendant's incarceration, or the defendant's employer? Is it some mix of all of these? If that's what Martini is trying to get across, he does not do a very good job of it.
Those quibbles aside, it was gratifying to read a novel like this in which the courtroom action starts right at the beginning. After a depiction of the murder, we join the action during the actual murder trial. None of the endless run-up to trial that sometimes bogs down novels like this. The added reward is that we don't need an explanation of why the trial i staking place so soon after the crime (Martini had two defendants demand a right to a speedy trial in previous novels, a plot contrivance that might work once but seems especially unusual in murder cases in real life).
By all means, this is a good legal thriller that engages you from the start and maintains your interest throughout. Well worth it.
Read more
One person found this helpful
Helpful
Report abuse

Txcrazysandra
5.0 out of 5 stars Surprise Ending to this book
Reviewed in the United States on April 26, 2019
Verified Purchase
I was surprised by the twists. Paul Madriani is defending a brilliant Medical researcher in charges he murdered a young PhD working under him. The secrets his client are keeping him and his superior attitude make it hard to like him. The legal maneuvering keeps you engaged and guessing to the end.
Read more
Helpful
Report abuse

John R. Linnell
3.0 out of 5 stars The Verdict Is In - 3 stars
Reviewed in the United States on August 18, 2001
Verified Purchase
I have usually enjoyed the Paul Madriani character and the cases he gets involved in. Somehow this particular story kind of mills around without much energy and has some trouble keeping the reader's interest. No one ever represented anyone charged with murder that was clearly more guilty, so you know he is innocent. After that you wait for the onion to get peeled down to the answer. There is not enough courtroom action here and one learns a bit more about genetics than we really want to. This isn't a bad book. Just not up to his usual standard...which is wha the verdict from "this jury of one" at least is three stars.
Read more
2 people found this helpful
Helpful
Report abuse

willow21
5.0 out of 5 stars Another Martini masterpiece
Reviewed in the United States on August 12, 2019
Verified Purchase
Steve Martini delivers yet another skillfully crafted legal work of art, keeping the suspense tight and the villain unknown until the end. Martini never disappoints.
Read more
One person found this helpful
Helpful
Report abuse

Moxie Girl
3.0 out of 5 stars Not as good as 1-5
Reviewed in the United States on November 13, 2016
Verified Purchase
I like the characters a lot, but I found the circumstances of this case a little monotonous. I found myself skimming several passages which, ultimately, didn't make any difference to the story.
Read more
Helpful
Report abuse

FMNLD
5.0 out of 5 stars Happy to have it
Reviewed in the United States on August 14, 2018
Verified Purchase
I enjoyed this series
Read more
Helpful
Report abuse