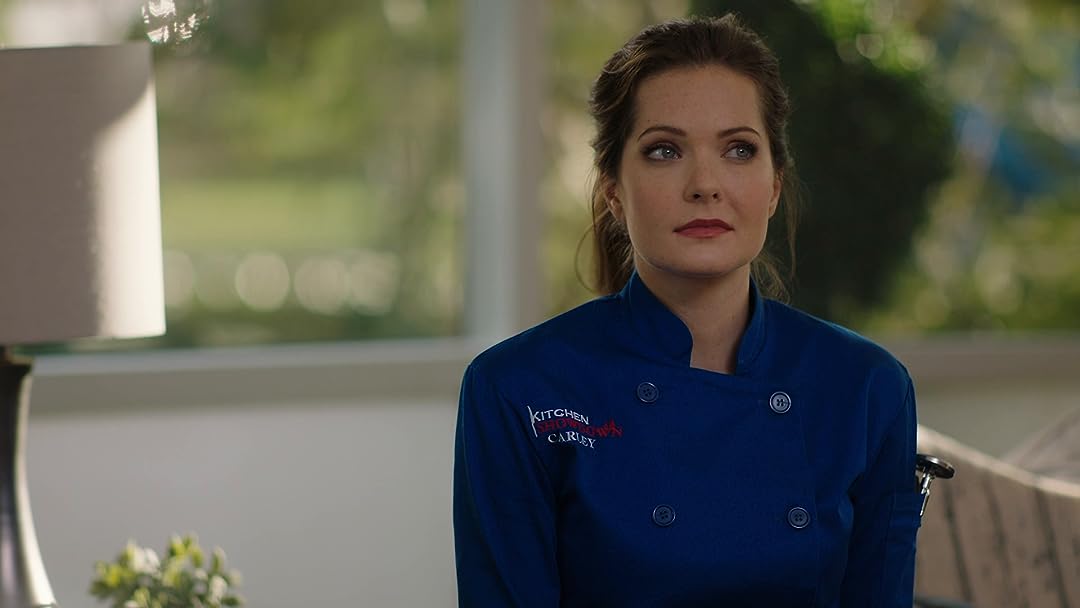 (107)
6.41 h 23 min2019ALL
When Carly and Jason, exact opposites, compete on a famed cooking show for the chance at their own restaurant, what will matter more - their culinary careers or their potential love? Stars Meghann Fahy and Luke Macfarlane.

Drew CorryReviewed in the United States on April 9, 2020
5.0 out of 5 stars
Sweet Home Chicago
Verified purchase
Had no idea this was filmed in Chicago. Even say my place of work. They allow you to get a feeling for both Chiefs & care about them. I was worried that they would screw up the ending & 5 stars that they did not. Great Ending Deserves A Great Movie.
3 people found this helpful

MarieReviewed in the United States on May 18, 2020
1.0 out of 5 stars
Truman show acting
Verified purchase
Everybody grins like Jimmy Carter. Why is it so great to go to Paris? It's just a big city-- big deal. Why is it so glorified to be a chef? You have to work very hard in a crowded sweaty kitchen making fancy food for rich people. What is so rarified about that? The writing and directing are so stilted and fake. Yawn...
One person found this helpful

Amazon CustomerReviewed in the United States on March 7, 2022
5.0 out of 5 stars
Sweet and Romantic
Verified purchase
Loved the romance. Sweet and romantic would recommend.

JoeReviewed in the United States on June 23, 2021
5.0 out of 5 stars
Video
Verified purchase
I love this movie, another fine one from hallmark.
One person found this helpful

William wetheraldReviewed in the United States on April 7, 2022
5.0 out of 5 stars
very realistic
Verified purchase
the emotions showed by the main actors were portrayed very realistic to daily life. love that the romance coninued without a major breakup or interference.

H. BalaReviewed in the United States on April 17, 2020
5.0 out of 5 stars
"Are they kissing or competing?"
This has got to be the first time ever that a movie pitted two chefs against each other, and they ended up falling in love. Ha! Just kidding. Hallmark premiered Just Add Romance in March of 2019, and it's only the umpteenth time in which a movie cribbed this shopworn plot. But, as they say, what does it matter if it's the same old story as long as the execution's good? It's an axiom that applies here.

Here's another saying: never trust a skinny cook. Except, to look at the svelte marvels that are Carley and Jason, why, they must be the worst cooks ever. Never mind. Carley (Meghann Fahy) and Jason (Luke MacFarlane) met some years ago while attending a culinary school in New York. Even back then, they had this good-natured yet caustic back-and-forth; they simply liked to give each other the business. One day, Jason stopped showing up.

Three years pass, and we get to the meat of the plot. And the venue's shifted from New York to Chicago. It's Jason's home; it's where he's head chef of a restaurant of which management insists that the house recipes be adhered to precisely, no room for experimenting. That sort of suits Jason fine, seeing as how he's a traditionalist in the kitchen.

Conversely, Carley Benson cooks by instinct. She improvises. She's adventurous in the kitchen. While Jason measures meticulously, she eyeballs. Her motto is "Memorable requires risk." Carley is also now in Chicago where she head chefs at Cafe Pierre. I can't remember what Jason's eatery is called, but it's probably something not as fancy-pants-sounding. Like maybe Jason's Steak & Butter Shack.

What are the odds that these two who hadn't seen each other for years should end up on the same cooking reality show? For this season, Kitchen Showdown has gone to Chicago and taken six of the best local chefs in the city as its contestants. It'll be a six-day shoot, six different challenges with one competitor eliminated after each round, with the last chef standing getting to open their own restaurant. And, more than the romance that "unexpectedly" surfaces to spice up Kitchen Showdown, what I really enjoyed was how the plot contrived to present interesting aspects of the reality show, whether it's the nature of the cooking challenges themselves - the blind segment, cooking for your family, etc. - or the savory meals that end up being showcased (I'm a simple guy; my favorite were the pizza puffs).

Gratifyingly, the other contestants get enough character work that their interactions with the leads mean something and, later, you feel for them when they get bounced to the judge's dismissive catchphrase, "It's time to leave the kitchen." As for the two leads, there's not much more to Carley and Jason past the tension between them. Okay, there is a sub-plot concerning Carley's uncertainty in her dealings with her imposing father, the celebrated five-star chef, Kenneth Benson (Malcolm Stewart). As for Jason, he's just a chill guy, even if he does tend to stubbornly stick to the recipes. There's not much of a character arc for him. It's actually Carley who's bothered that Jason doesn't ever step outside the box. Meghann Fahy and Luke MacFarlane work in enough chemistry that, coupled with several interesting plot elements, and how tasty the various dishes look, and how I just grin whenever Carley bends the recipes, Just Add Romance ends up a very diverting and, dare I say, savory watch. Yeah, this deserves repeat viewings. And I appreciate the random cooking tips tossed in. Like, I now know to make sure the batter doesn't overwhelm the shrimp. I do like shrimp.

The two met each other a few years ago when they were in culinary school. The H suddenly disappeared from class. They meet up again in a cooking competition. The winner gets his/her own restaurant. The two are attracted to each other despite being competitors. The other chefs in the competition warn them about focusing on the prize and less feelings from the heart. The heart triumphs and the two get a happily ever after.

I enjoyed the show. I am a sucker for cooking/baking themes combined with romance. I liked the Top Chef setting. This setting is similar to another Hallmark movie--The Secret Ingredient.
2 people found this helpful

AmazonCustomerReviewed in the United States on May 21, 2020
1.0 out of 5 stars
Boring
The problem with this movie is that the actor has no chemistry with the actress. He needs to ACT straight in order to make this believable.
One person found this helpful
See all reviews
Back to top
Get to Know Us
Make Money with Us
Amazon Payment Products
Let Us Help You
EnglishChoose a language for shopping. United StatesChoose a country/region for shopping.
© 1996-2022, Amazon.com, Inc. or its affiliates