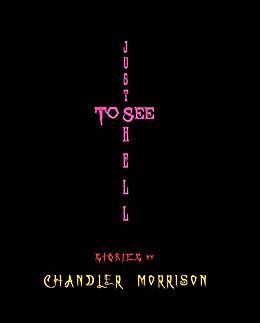 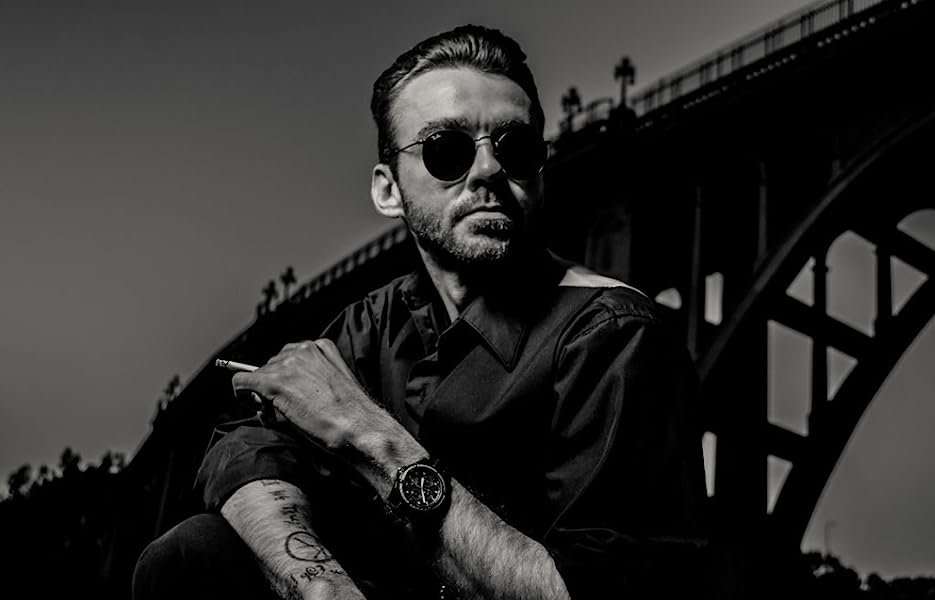 by Chandler Morrison (Author) Format: Kindle Edition
See all formats and editions
Sorry, there was a problem loading this page. Try again.
From the controversial author of DEAD INSIDE comes a collection of twelve stories that delve into the darkest depths of human nature. Featuring a cast of dejected and often morally ambiguous characters, these complex works of short fiction explore such topics as addiction, mental illness, suicide, and religion. As you descend deeper into the bleak despots depicted within these pages, you'll find yourself immersed in narratives so sordid and unsettling that you'll have to look up...just to see hell.
Read more
Previous page
Next page

Chandler Morrison is the author of Dead Inside, Hate to Feel, and Just to See Hell. He lives in Los Angeles.

Chandler Morrison is the author of DEAD INSIDE, HATE TO FEEL, and JUST TO SEE HELL. He lives in Los Angeles.

Travis Davis
5.0 out of 5 stars I’ve seen the future of horror and his name is Chandler Morrison
Reviewed in the United States on February 2, 2019
Verified Purchase
Man this book is just on a whole other level of nihilism and brutality but done in a very thought provoking way. Finding Chandler was like when I discovered Chuck Palahniuk’s Haunted except I feel that Chandler is the better writer and Haunted only wishes it could reach the levels of depravity and enlightenment of Just To See Hell. Every story included in this collection is top notch but I will highlight a few that to me were on another level. “Pleasant Times Away From Home”. This story is from the point of few of a budding thirteen year old killer named McPleasant. “To The Face”. A man goes to extreme measures to commit suicide. This story was tremendously heinous! “Somewhere Between Screaming And Crying”. A complex story about alcoholism, self worth, identity, adultery and a wife’s twisted “culinary creativity “....”Objects In The Mirror”. Another McPleasant story. “Mechanical Patriots”. A young man learns the hard way about the untold brutalities of war.”Rocket Man” a very unorthodox means to quit drinking. Easily one of the most inventive stories I’ve ever had the pleasure of reading! “Coming Down”. Jesus Christ goes on a drug fueled, night of sin and other things left unsaid with Satan after being betrayed by God. The debauchery culminates by tying all eleven stories together into a very shocking and gratifying way. This book is a must read for any horror fan and I think it’s a travesty that this Chandler and this book isn’t being talked about more. Highly recommended and a must read!
Read more
2 people found this helpful
Helpful
Report abuse

Christine
5.0 out of 5 stars Christine's Horror Fiction Reviews
Reviewed in the United States on May 7, 2020
Verified Purchase
Having already been consistently impressed (or, to be honest, flat-out blown away) by this author’s longer works, I was eager to see how he did with short stories. And, of course, he just would have to go and be great at those, too!

Especially when, as is the case with this collection, so many of them not only interconnect with each other, but tie together with those longer (and already connected) works, further weaving everything into a single complex and compelling universe.

This ‘Chandlerverse,’ as I’m going to call it until something better or more official comes along, is … a dark place, readers. Dark, harsh, cynical, not exactly hopeless but certainly not rose-tinted or optimistic either. It’s a place where bad stuff is just an expected and everyday part of life. [bleep] happens, even the best people are horrible, and the most anybody can do is try to get through it.

Sometimes, the bad stuff is as ordinary as can be, the ordinary resentments and frustrations of dealing with partners, children, work, random strangers. Petty cruelties, harsh words, emotional abuse, neglect. Sometimes it steps up a notch, when the mundane gives way to the more extreme – the violent outbursts, the serial killers, deep-down crazies, all-too-real monsters in human form.

And, sometimes, seeping in around the edges like insidious shadows, the bad stuff is on a whole ‘nuther level. For instance, all these maddening and tantalizing hints about what the heck’s up with April Diver’s house; I was all excited to see her crop up in a story after appearing in Hate To Feel, and there is definitely something up with that house! Where/when is THAT book? I need to know!

Ahem. Sorry. Yeah. Anyway, yes, some even-spookier aspects, from blurring the lines between madness and genuine paranormal menace right on up to malicious interventions courtesy of the Devil himself, will be found here. There are several looks into a near-future that’s already more plausible than is comfortable, particularly as involves social issues and religion.

Brilliant, bleak, psychologically devastating, slicing not like a knife but a barrage of micro-fine scalpels (also, sex, gore, depravity, and blasphemy like whoa), these stories aren’t happy reads. But, wow, are they powerful ones!
Read more
One person found this helpful
Helpful
Report abuse

tabikat929
5.0 out of 5 stars If I weren't atheist, I'd be scared for my soul.
Reviewed in the United States on November 30, 2021
Verified Purchase
I don't even have words to adequately express how this made me feel after reading it. All I can say is if God exists, he's gonna be pissed at how much I enjoyed this book. Even moreso than being what some might consider sacrilegious and blasphemous, these stories will make you question everything youve been taught about the church, capitalism, America, and...everything really. The ending is chilling and kind of beautiful in a very eye opening way.
If you're religious, you will either be clutching your rosary by the last chapter, or throwing it away altogether.
Read more
Helpful
Report abuse

jessica
5.0 out of 5 stars Wicked good
Reviewed in the United States on October 14, 2021
Verified Purchase
It was just enough darkness to keep me hooked. I never put the book down very engrossed with this book.
Read more
Helpful
Report abuse

Cat Redmon
5.0 out of 5 stars Slow to start
Reviewed in the United States on July 27, 2021
Most of the stories are absolutely captivating though I did struggle through one, finding it a bit dull by compare to the others, I highly recommend it as long as you have a strong stomach and a good sense of humor.
Read more
Helpful
Report abuse
See all reviews

blackflies4
5.0 out of 5 stars Extraordinary
Reviewed in Germany on January 6, 2022
Verified Purchase
I didn't know what to expect really since I'm not a big fan of short stories but a fan of Chandler Morrison (except for the constant fatphobic language and unnecessary use of the N-word). But what started as a good read with lots of things to think about after each story, turned into a brilliantly thought out plot, finding out all the stories are more or less intertwined with characters you know from other Morrison novels and the pieces being picked up and put together in the last and longest story which is so sick and intriguing, that you can't help but binge read. Extraordinary work I must say
Read more
Report abuse
See all reviews