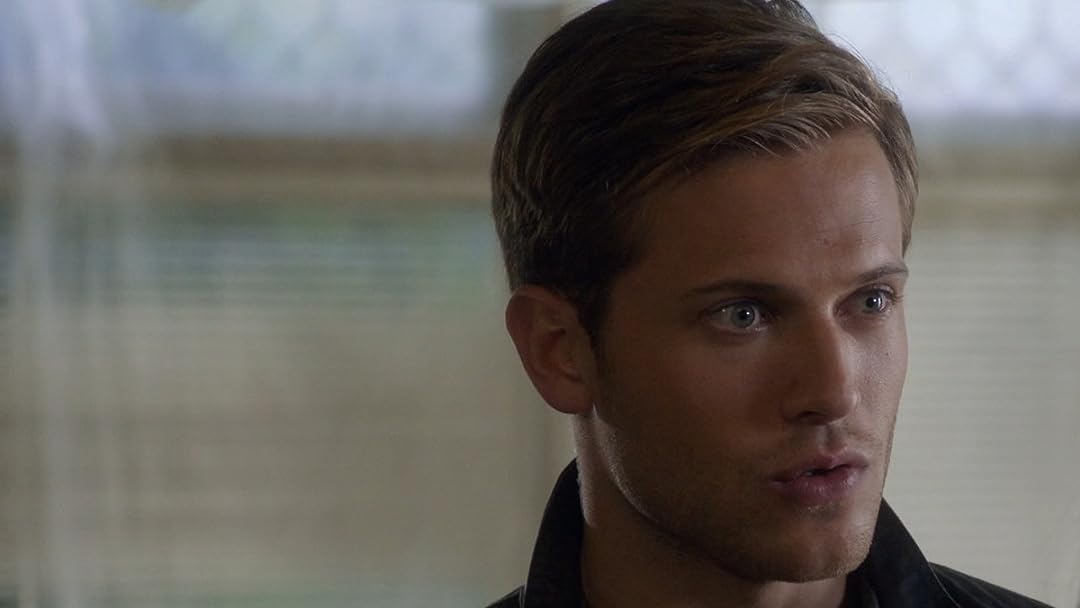 (830)6.62 h 50 min2016NR
Includes 2 movies! Molly & Ryan, college students from two different worlds, fell in love their freshman year. After being driven apart by Molly's powerful father, they are reunited 7 years later to save the bookstore that changed their lives.

Harold WolfReviewed in the United States on September 11, 2016
5.0 out of 5 stars
A Refreshing Hallmark lead up to the Holiday Magic
Verified purchase
The Bridge is an adaptation of Karen Kingsbury’s novel of the same name. It is actually a two-part single story, but each part is an 86 minute feature-length TV film, thus the box calls this 2 movies. Not exactly. Part one you primarily meet the cast and their characters and get involved in their daily lives, all good, but almost all have a back issues they struggle with. Episode one opens in NC in 1997 when Donna (Faith Ford –queen of chirpy & perky) miscarries and she and her hubby, Charlie Barton (Ted McGinley) move on to make a new life in Franklin via their bookstore “The Bridge” which Charlie suggests is their ‘family’ they can’t have as biological parents. It works. Flash forward to near Christmas 2009. Lives are touched at “The Bridge”, including local Belmont Uni freshmen Ryan Kelly (Wyatt Nash) and Molly Callen (Katie Findlay).

Episode Two moves forward in time another 7 years to 2016 Christmas and I’ll not tell what, but the Barton’s have had disaster placed upon a disaster. He holds to his faith, she, who lives for her husband and the bookstore, gives up. They find, as individual’s life-paths are revealed, that “The Bridge” truly has given them a family who offer a hand, offer support, prayers.
“The Bridge” is old-school, traditional lifestyle storytelling about people with some serious bumps in the road. And, of course, it’s about books, real books, and the brick-&-mortar bookshop struggle. It is as holiday sweet a story as caramel-coated pecans dipped in milk chocolate. Or a mega muffin topped with a giant swirl of cream-cheese icing sprinkled with sugar/cinnamon, and a gooey inner-muffin cream.
A story with multiple themes of hope, faith, heart, perseverance, and loves.
It may seem corny in today’s movies glut of murder, monsters, & super heroes, but expect goosebumps before “The Bridge” is completed.
I did.
Closed Captioned.
And for readers, I’ve read the book, and it is even better than the film adaptation. Video can never put all of one book’s story on film unless it is done in a lengthy mini-series. Book and/or DVD is sure to turn your ‘Season’s Greetings’ into the old traditional ‘Merry Christmas.’
Book Link, new or used:
[[ASIN:1476748659 The Bridge: A Novel]]

Stratocaster94538Reviewed in the United States on September 6, 2016
5.0 out of 5 stars
Tear jerker
Verified purchase
If you enjoyed The Bridge, you definately want to see part 2. I bought it not realizing part 2 would be on the cd. This is probably my favorite Christmas movie now. I am a man and I found myself crying at the end. I rarely cry. You definitely need to check this out. I agree with the previous reviewer, i would love a not movie with the same character
21 people found this helpful

Ms. D in TNReviewed in the United States on June 4, 2020
4.0 out of 5 stars
A Lovely Family movie
Verified purchase
I saw part 1 of this movie on the Hallmark Channel during the free cable weeks (due to Covid-19). I was so excited to find parts 1 & 2 available on Amazon so I could find out how the movie ended! I found part 2 a little disappointing. It didn't have the same depth of character development as part 1. Part 2 is short of the normal 2 hour time frame (with commercials on TV) and I think it would have benefited from taking more time to reintroduce the relationship between the 2 main characters instead of just letting it happen.
One person found this helpful

KeyWestKatyReviewed in the United States on December 18, 2016
5.0 out of 5 stars
Great movies in a two-in-one package. Highly recommend.
Verified purchase
Was so glad to find both these movies as a set. It is billed as a Christmas movie, but you could watch it all year long. Very heart-warming tale about how you can touch people's lives in positive ways without ever realizing it. It's also about learning to love someone enough to give them the freedom to be themselves. Very heart-warming, but not sappy. It's about community and coming together to help someone in need. You come away with lessons learned.
4 people found this helpful

avid mystery readerReviewed in the United States on May 23, 2019
5.0 out of 5 stars
Great story!
Verified purchase
I had watched this on Hallmark and loved it, so I decided to purchase it. A great change from the "stuff" currently on television, which isn't worth watching, except for some mysteries on PBS. Even my husband liked it.
2 people found this helpful

Ms. BellReviewed in the United States on November 20, 2020
5.0 out of 5 stars
Exceptional Storytelling
Verified purchase
Karen Kingsbury is an exceptional writer & it’s proven again & again in The Bridge. I read The Bridge book first which demonstrated love conquering all; tragedy, financial fortune & careers. The movie truly brought it all to life in such a way that was captivating & really pulled on my heart strings. This series will not disappoint but will have you eager to experience more of Karen Kingsbury heart warming writing.

RitaReviewed in the United States on November 3, 2016
5.0 out of 5 stars
I love this movie
Verified purchase
I love this movie. We've watched it twice. It is one of the few movies that I can watch with my 15 year old daughter and not worry about language or content. The acting is great and it follows the books well.
3 people found this helpful

Wilna van den BergReviewed in the United States on April 15, 2018
5.0 out of 5 stars
Hallo The dvd "THE BRIDGE" is excellent. Loved all of it
Verified purchase
Hallo

The dvd "THE BRIDGE" is excellent. Loved all of it.
Thank you

"TADPOLE AND THE WHALE" I LOVE the movie

1. It was advertised as a dvd, and a video tape was send.

2. It didn't arrive on the time I asked for it, nearly 2 months later, and I had to pay an enormous amount to get it "early".

3. The tape is from beginning to the end damaged, I believe because of all the scanning at the airports.

Regards
Wilna van den Berg
South Africa
See all reviews
Back to top
Get to Know Us
Make Money with Us
Amazon Payment Products
Let Us Help You
EnglishChoose a language for shopping. United StatesChoose a country/region for shopping.
© 1996-2021, Amazon.com, Inc. or its affiliates