"To Jabberwock from Charon: Wherever I May Find You" creative non-fiction E-published 10/2011, The Whistling Fire Journal.

Help us improve our Author Pages by updating your bibliography and submitting a new or current image and biography.
Learn more at Author Central
1 11 1
Previous page
Next page
Titles By Karen Robiscoe
All Formats Kindle Edition Paperback Sort by:Popularity 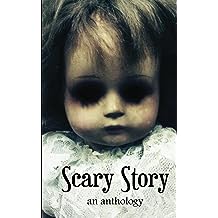 Scary Story Oct 1, 2013
by misc. authors, Kate Raynes, Ashley Owens
( 3 )
$2.99
Summer's fading, and there's more than the bite of autumn in the air. Zombies are biting in ‘Last Dawn,’ and that's just a taste of Scary Story, a collection of twisted fiction and dark fantasy that's guaranteed to keep you turning pages and checking your back.

The undeads in ‘The Path of Dead Roses’ are more ethereal, but whether or not the posy-plucking polters have the key to helping the heroine's troubled father is as uncertain as their very existence, and can only be discovered by readers brave enough to wander down that path.

An extra-sensual treat is detailed in ‘The Wrinkled Duplex Halfway up the Hill,’ unveiling suburban secrets and mysteries particular to those wild enough to explore. ‘Silent Night’ turns frightful when a young girl left alone on Christmas Eve improvises her own holiday cheer.

From the haunted coal mines in ‘Paradise Lost,’ to iffy experiments on a med student’s trusting wife in ‘Fire of Faith,’ there's something for every horror fan in this anthology. Authors include Samantha Frazier Gordon, Roger Leatherwood, Katherine McMullen, Cynthia Morrison, Kate Raynes, and Karen Robiscoe.
Read more
Other Formats: Paperback 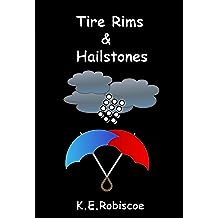 Tire Rims & Hailstones Jun 21, 2013
by Karen Robiscoe
$0.99
A short fiction looks at the lighter side of religion and X’s & O’s. Basically a tic-tac-toe of chemistry, agendas, revivals & hubcaps…
Read more 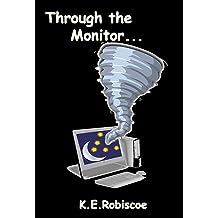 Through the Monitor (Cyberland Series Volume #1) Jun 7, 2013
by Karen Robiscoe
( 3 )
$0.99
A man suffering from narcolepsy falls asleep at his computer--waking to find himself in very, different circumstances. (short story)
Read more 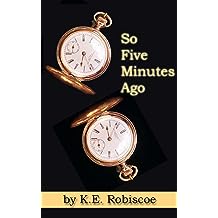 So Five Minutes Ago May 21, 2013
by Karen Robiscoe
( 6 )
$2.99
Set against the backdrop of a strip club on Halloween, urban fantasy: "So Five Minutes Ago" pokes good-natured fun at the trends of today's society, while skirting the more serious issues of outsourced and obsolete American workers. (short story)
Read more 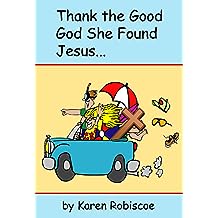