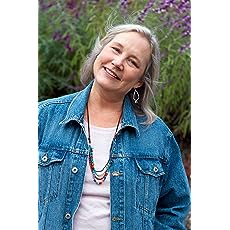 About Katherine A. Applegate

New York Times bestselling author Katherine Applegate has written many books for young readers, including THE ONE AND ONLY IVAN, winner of the 2013 Newbery Medal and soon to be a Disney movie.

With her husband, Michael Grant, Katherine co-wrote ANIMORPHS, a long-running series that has sold over 35 million books worldwide. They also wrote two other series, REMNANTS and EVERWORLD, and a young adult novel, EVE AND ADAM (Feiwel & Friends.)

Katherine's books have been translated into dozens of languages, and her books have won accolades including the Christopher Medal, the Golden Kite Award, the Bank Street Josette Frank Award, the California Book Award Gold Medal, the Crystal Kite Award, the Green Earth Book Honor Award, and the Charlotte Zolotow Honor Award. Many of her works have appeared on state master lists, as well as Publishers Weekly, USA Today, and New York Times bestseller lists, and numerous Best of the Year lists.

Katherine lives in Marin County, California, with her family and assorted pets. She is represented by Elena Giovinazzo at Pippin Properties, Inc.
Read more 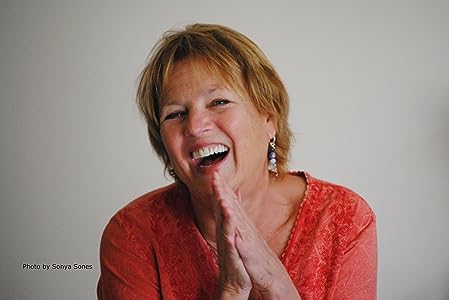 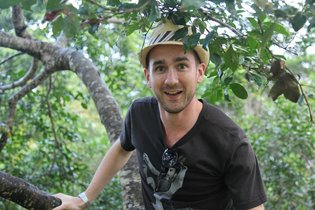 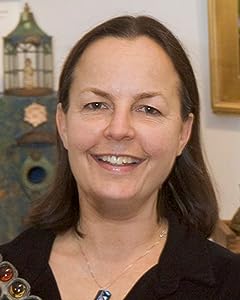 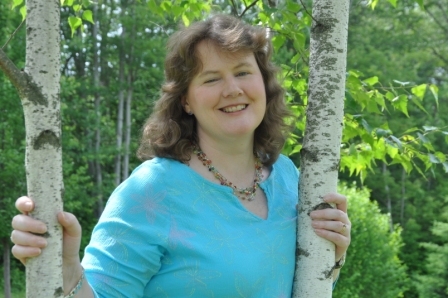 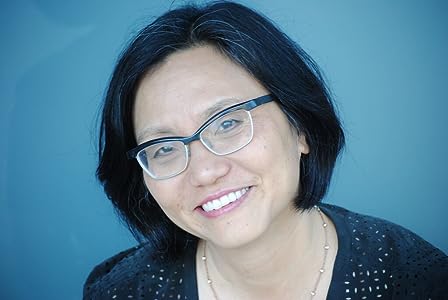 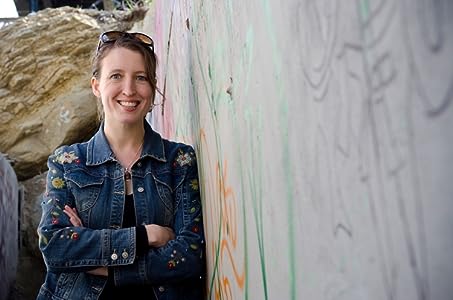 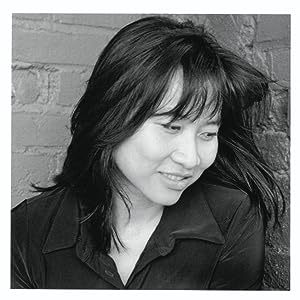 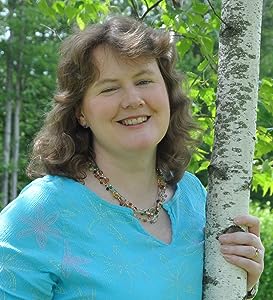 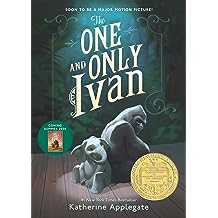 The #1 New York Times bestselling and Newbery Award-winning novel The One and Only Ivan is coming to Disney+ this summer!

This unforgettable novel from renowned author Katherine Applegate celebrates the transformative power of unexpected friendship. Inspired by the true story of a captive gorilla known as Ivan, this illustrated book is told from the point of view of Ivan himself.

Having spent twenty-seven years behind the glass walls of his enclosure in a shopping mall, Ivan has grown accustomed to humans watching him. He hardly ever thinks about his life in the jungle. Instead, Ivan occupies himself with television, his friends Stella and Bob, and painting. But when he meets Ruby, a baby elephant taken from the wild, he is forced to see their home, and his art, through new eyes.

In the tradition of timeless stories like Charlotte's Web and Stuart Little, Katherine Applegate blends humor and poignancy to create an unforgettable story of friendship, art, and hope.

The One and Only Ivan features first-person narrative; author's use of literary devices (personification, imagery); and story elements (plot, character development, perspective).

This acclaimed middle grade novel is an excellent choice for tween readers in grades 5 to 8, for independent reading, homeschooling, and sharing in the classroom.

Plus don't miss The One and Only Bob, Katherine Applegate's return to the world of Ivan, Bob, and Ruby! 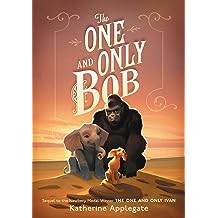 Return to the unforgettable world of the Newbery Medal-winning and #1 New York Times bestselling novel The One and Only Ivan (soon to be a major motion picture!) in this incredible sequel, starring Ivan’s friend Bob!

Bob sets out on a dangerous journey in search of his long-lost sister with the help of his two best friends, Ivan and Ruby. As a hurricane approaches and time is running out, Bob finds courage he never knew he had and learns the true meaning of friendship and family.

Bob, Ivan, and Ruby have touched the hearts of millions of readers, and their story isn’t over yet. Catch up with these beloved friends before the star-studded film adaptation of The One and Only Ivan hits theaters in August 2020!

One and Only Bob is an instant #1 New York Times bestseller, embraced by new and old fans of Katherine Applegate's beloved One and Only Ivan. Great for summer reading or anytime! A Today show pick for “25 children’s books your kids and teens won’t be able to put down this summer!" 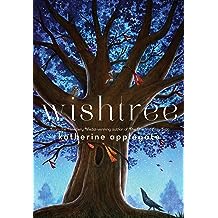 The New York Times-bestselling story of kindness, friendship, and hope.

Trees can't tell jokes, but they can certainly tell stories. . . .

Red is an oak tree who is many rings old. Red is the neighborhood "wishtree"—people write their wishes on pieces of cloth and tie them to Red's branches. Along with a crow named Bongo and other animals who seek refuge in Red's hollows, this wishtree watches over the neighborhood.

Until a new family moves in. Not everyone is welcoming, and Red's experience as a wishtree is more important than ever.

Funny, deep, warm, and nuanced, this is Katherine Applegate at her very best—writing from the heart, and from a completely unexpected point of view.

This book has Common Core connections. 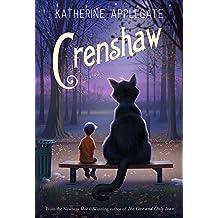 In her first novel since The One and Only Ivan, winner of the Newbery Medal, Katherine Applegate delivers an unforgettable and magical story about family, friendship, and resilience.

Jackson and his family have fallen on hard times. There's no more money for rent. And not much for food, either. His parents, his little sister, and their dog may have to live in their minivan. Again.

Crenshaw is a cat. He's large, he's outspoken, and he's imaginary. He has come back into Jackson's life to help him. But is an imaginary friend enough to save this family from losing everything? 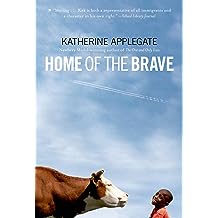 Bestselling author Katherine Applegate presents Home of the Brave, a beautifully wrought middle grade novel about an immigrant's journey from hardship to hope.

Kek comes from Africa. In America he sees snow for the first time, and feels its sting. He's never walked on ice, and he falls. He wonders if the people in this new place will be like the winter – cold and unkind.

In Africa, Kek lived with his mother, father, and brother. But only he and his mother have survived, and now she's missing. Kek is on his own. Slowly, he makes friends: a girl who is in foster care; an old woman who owns a rundown farm, and a cow whose name means "family" in Kek's native language. As Kek awaits word of his mother's fate, he weathers the tough Minnesota winter by finding warmth in his new friendships, strength in his memories, and belief in his new country.

Home of the Brave is a 2008 Bank Street - Best Children's Book of the Year. 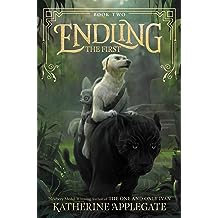 Endling #2: The First is the second book in an epic middle grade animal fantasy series by Katherine Applegate, Newbery Medal-winning and #1 New York Times bestselling author of The One and Only Ivan, Wishtree, and Crenshaw! This middle grade novel is an excellent choice for tween readers in grades 5 to 6, especially during homeschooling. It’s a fun way to keep your child entertained and engaged while not in the classroom.

To learn if she truly is the last dairne in the world—the endling—Byx and her friends must travel into the snow-covered mountains of the country of Dreyland, where they hope to uncover the truth behind the legend of a hidden dairne colony. But the threat of war across the lands continues to grow with each passing day.

As the group confronts untold dangers at every turn, they will ultimately uncover a treacherous plot that involves the other powerful governing species. With both her dreams and all the creatures of Nedarra on the brink of extinction, Byx and her friends are determined to never give up hope.

Soon they find themselves the unlikely leaders in a simmering rebellion that risks everything they hold dear. Byx may be the last of her kind, but will she also be the first to lead the revolution? 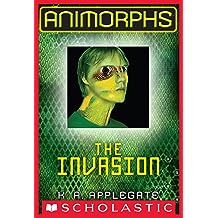 Animorphs #1: The Invasion May 1, 2011
by K. A. Applegate
( 265 )
$3.99
The Earth is being invaded, but no one knows about it. When Jake, Rachel, Tobias, Cassie, and Marco stumble upon a downed alien spaceship and its dying pilot, they're given an incredible power -- they can transform into any animal they touch. With it, they become Animorphs, the unlikely champions in a secret war for the planet. And the enemies they're fighting could be anyone . . . even the people closest to them.
Read more
Other Formats: Audible Audiobook , Library Binding , Paperback , Mass Market Paperback , Preloaded Digital Audio Player 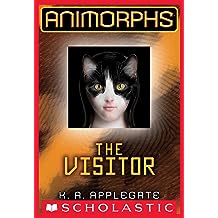 Animorphs #2: The Visitor May 1, 2011
by K.A. Applegate
( 122 )
$3.99
The wildly popular series by K.A. Applegate is back! The first six books of Animorphs return, with striking new lenticular covers that morph.

Rachel is still reeling from the news that the Earth is secretly under attack by parasitic aliens known as the Yeerks. And that she and her friends -- five kids who, purely by chance, stumbled onto a downed spacecraft and were given the power to morph into any animal they touch -- are the planet's only defense. But Rachel's always been something of a daredevil. So when it's suggested that they infiltrate the home of their assistant principal, Mr. Chapman, who also happens to be a human host of the Yeerks, she volunteers. But what she finds inside may be more than even she can handle.
Read more
Other Formats: Audible Audiobook , Library Binding , Paperback 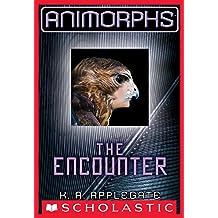 Animorphs #3: The Encounter Jul 1, 2011
by K. A. Applegate
( 66 )
$3.99
The wildly popular series by K.A. Applegate is back! The first six books of Animorphs return, with striking new lenticular covers that morph.

When Tobias and his friends were given the power to morph, they were also given an important warning: Never stay in a morph for more than two hours. But Tobias broke the time limit, and now he's trapped in the body of a hawk -- forever. When he discovers an important Yeerk secret, Tobias knows he has to do everything in his power to destroy it. But to do so, he'll have to contend with a part of himself that's wrestling for control. A part that isn't human.
Read more
Other Formats: Audible Audiobook , School & Library Binding , Paperback , Preloaded Digital Audio Player 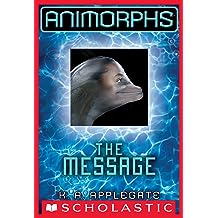 Animorphs #4: The Message Sep 1, 2011
by K. A. Applegate
( 82 )
$3.99
The wildly popular series by K.A. Applegate is back! The first six books of Animorphs return, with striking new lenticular covers that morph.

It all started with the dreams. But Cassie didn't pay much attention to them. She and her friends have been having nightmares ever since they acquired the power to morph. But when Cassie discovers that Tobias has been having dreams too -- the exact same dreams -- about the ocean, and a voice that's calling to them for help, she decides it's time to start listening. Now she and the others have to figure out if the dreams are a message, or a trap.
Read more
Other Formats: Audible Audiobook , School & Library Binding , Paperback , Mass Market Paperback , Preloaded Digital Audio Player 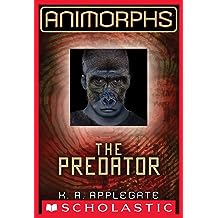 Animorphs #5: The Predator Dec 1, 2011
by K. A. Applegate
( 64 )
$3.99
The wildly popular series by K.A. Applegate is back! The first six books of Animorphs return, with striking new lenticular covers that morph.

Marco never wanted to be an Animorph. He didn't want the ability to change into any animal he touches. And he certainly didn't want to be one of a handful of kids that are the planet's only defense against a secret alien army. His friends know why he feels the way he does. He's worried about his dad -- the only family Marco has left. If anything happens to him, his father will be alone. But something big is about to change for Marco. Something that could finally give him a reason to fight.
Read more
Other Formats: Audible Audiobook , Library Binding , Paperback , Mass Market Paperback , Preloaded Digital Audio Player 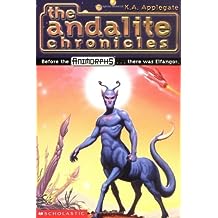 Andalite Chronicles (Animorphs) Mar 27, 2018
by K. A. Applegate
( 46 )
$3.99
In a three-part saga that describes the life of Elfangor, the war prince finds himself on planet Earth, fails in his mission to return two humans to their own world, and finds five special young people. Original.
Read more
Other Formats: Paperback