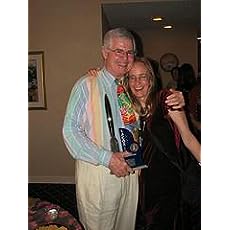 Kathryn Cramer is a writer, anthologist, & Internet consultant who lives in Pleasantville, New York. She won a World Fantasy Award for best anthology for The Architecture of Fear, co-edited with Peter Pautz; she was nominated for a World Fantasy Award for her anthology Walls of Fear. She co-edited several anthologies of Christmas and fantasy stories with David G. Hartwell and now does the annual Year's Best Fantasy and Year's Best SF with him. She is on the editorial board of The New York Review of Science Fiction, (for which she has been nominated for the Hugo Award many times). She is a consultant with the Scientific Information Group for Wolfram Research.
Read more 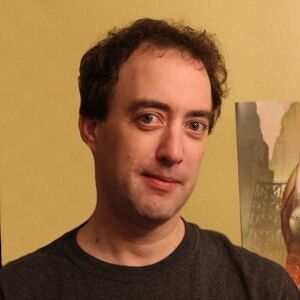 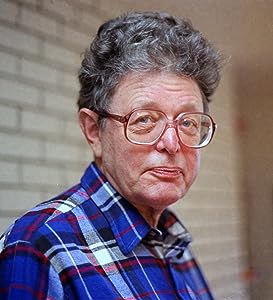 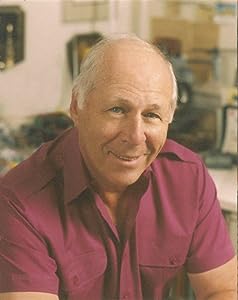 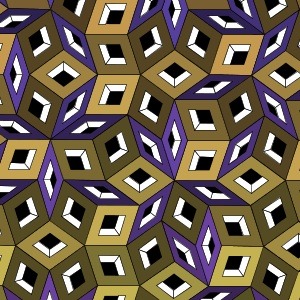 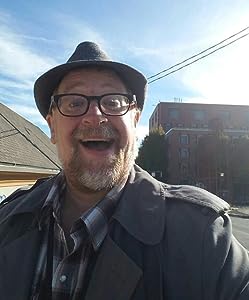 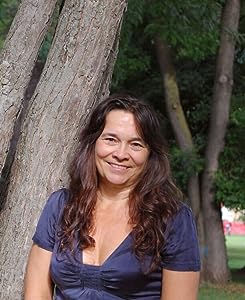 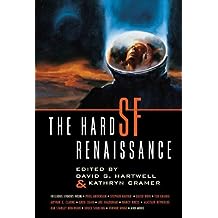 The Hard SF Renaissance: An Anthology Oct 1, 2003
by David G. Hartwell, Kathryn Cramer
( 69 )
$11.99
Something exciting has been happening in modern SF. After decades of confusion, many of the field's best writers have been returning to the subgenre called, roughly, "hard SF"-science fiction focused on science and technology, often with strong adventure plots. Now, World Fantasy Award-winning editors David G. Hartwell and Kathryn Cramer present an immense, authoritative anthology that maps the development and modern-day resurgence of this form, argues for its special virtues and present preeminence-and entertains us with some spectacular storytelling along the way.

The Hard SF Renaissance will be an anthology that SF readers return to for years to come.

A major anthology of the "hard SF" subgenre-arguing that it's not only the genre's core, but also its future: 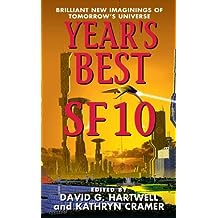 A banner year for speculative fiction has yielded a crop of superb short form SF. Now the very best to appear over the past twelve months has been amassed into one extraordinary volume by acclaimed editors and anthologists David G. Hartwell and Kathryn Cramer, offering bold visions of days to come that are bright, triumphant, breathtaking, and strikingly unique. Once more, celebrated masters of the field join with exciting new voices to sing of explorations and invasions, grand technological accomplishments, amazing flights into the unknown, horrors and miracles, and the human condition.

Welcome to amazing worlds that could be -- and, perhaps, sooner than you have ever dared to imagine. 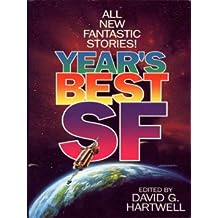 Our familiar world will look a little less familiar after you read one. 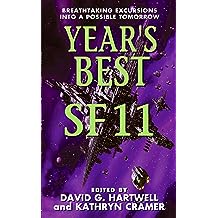 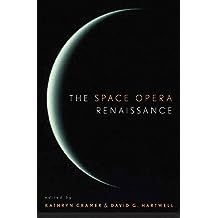 "Space opera", once a derisive term for cheap pulp adventure, has come to mean something more in modern SF: compelling adventure stories told against a broad canvas, and written to the highest level of skill. Indeed, it can be argued that the "new space opera" is one of the defining streams of modern SF.

Now, World Fantasy Award-winning anthologists David G. Hartwell and Kathryn Cramer have compiled a definitive overview of this subgenre, both as it was in the days of the pulp magazines, and as it has become in 2005. Included are major works from genre progenitors like Jack Williamson and Leigh Brackett, stylish midcentury voices like Cordwainer Smith and Samuel R. Delany, popular favorites like David Drake, Lois McMaster Bujold, and Ursula K. Le Guin, and modern-day pioneers such as Iain M. Banks, Steven Baxter, Scott Westerfeld, and Charles Stross. 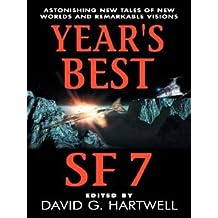 Once again, the year's finest flights of speculative imagination are gathered in one extraordinary volume, compiled by acclaimed editor and anthologist David G. Hartwell. From some of the most renowned visionaries of contemporary SF -- as well as new writers who are already making an indelible mark -- comes an all-new compendium of unparalleled tales of the possible that will enthrall, astonish, terrify, and elate. Stories of strange worlds and mind-boggling futures, of awesome discoveries and apocalyptic disasters, of universes light years distant and deep within the human consciousness, are collected here as SF's brightest lights shine more radiantly than ever before. 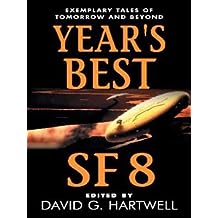 The best science fiction short stories of 2002 and 2003, selected by David G. Hartwell, one of the most respected editors in the field.

The short story is one of the most vibrant and exciting areas in science fiction today. It is where the hot new authors emerge and where the beloved giants of the field continue to publish.

Now, building on the success of the first seven volumes, Eos will once again present a collection of the best stories of the year in mass market format. Here, gathered by David G. Hartwell, one of the most respected editors in the field, are stories with visions of tomorrow and yesterday, of the strange and the familiar, of the unknown and the unknowable.

With stories from some of the best and brightest names in science fiction, the Year’s Best SF 8 and SF9 is an indispensable guide for every science fiction fan. 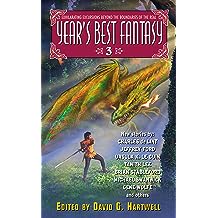 The door to fantastic worlds, skewed realities, and breathtaking other realms is opened wide to you once more in this third anthology of the finest short fantasy fiction to emerge over the past year, compiled by acclaimed editor David G. Hartwell. Rarely has a more magnificent collection of tales been contained between book covers -- phenomenal visions of the impossible-made-possible by some of the field's most accomplished literary artists and stellar talents on the rise. Year's Best Fantasy 3 is a heady brew of magic and wonder, strange journeys and epic quests, boldly concocted by the likes of Ursula K. Le Guin, Michael Swanwick, Tanith Lee, and others. Step into a dimension beyond the limits of ordinary imagination . . . and be amazed!. 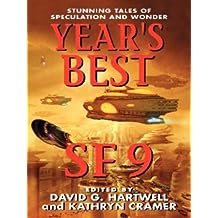 The world as we will know it is far different from the future once predicted in simpler times. For this newest collection of the finest short form SF to appear in print over the preceding year, acclaimed editors and anthologists David G. Hartwell and Kathryn Cramer have gathered remarkable works that reflect a new sensibility. Courageous and diverse stories from some of the finest authors in the field grace this amazing volume -- adventures and discoveries, parables and warnings, carrying those eager to fly to far ends of a vast, ever-shifting universe of alien worlds, strange cultures, and mind-bending technologies. Tomorrow has never been as spellbinding, terrifying, or transforming as it is here, today, in these extraordinary pages. Hang on! 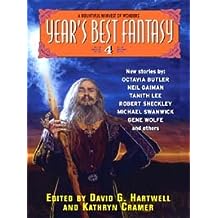 The fertile imagination can cultivate wondrous things, aided by ancient myths and memory, enduring childhood dreams and desires, and the power of cultural archetypes. Once again, award-winning editors David G. Hartwell and Kathryn Cramer reap a magnificent crop of superior fantasy short fiction -- the finest to blossom over the past twelve months. A cornucopia of remarkable tales from some of the field’s most acclaimed artists -- Neil Gaiman, Octavia Butler, Tanith Lee, and Michael Swanwick, to name but a few -- as well as stunning new works from emerging young talents, Year's Best Fantasy 4 is a collection as magical as its illustrious predecessors, a feast for every true connoisseur of fantastic literature. 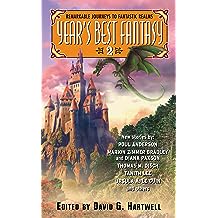 Undreamed-Of Wonders From The Farthest Reaches Of Imagination 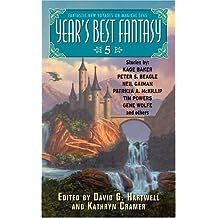 Magic lives in remarkable realms -- and in the short fiction of today's top fantasists. In this fifth breathtaking volume of the year's best flights of the fantastic, award-winning editors David G. Hartwell and Kathryn Cramer present a dazzling new array of wonders -- stories that break through the time-honored conventions of the genre to carry the reader to astonishing places that only the most ingenious minds could conceive.

In the able hands of Neil Gaiman, Kage Baker, Tim Powers, and others, miracles become tangible and true, impossible creatures roam unfettered, and fairy tales are reshaped, sharpened, and freed from the restrictive bonds of childhood.

Lose yourself in these pages and in these worlds -- and discover the power, the beauty, the unparalleled enchantment of fantasy at its finest.