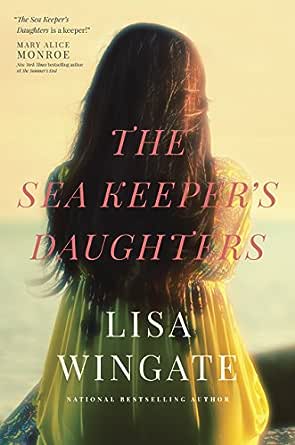 You've subscribed to A Carolina Chronicles! We will preorder your items within 24 hours of when they become available. When new books are released, we'll charge your default payment method for the lowest price available during the pre-order period.
Update your device or payment method, cancel individual pre-orders or your subscription at
Your Memberships & Subscriptions
There was an error. We were unable to process your subscription due to an error. Please refresh and try again. 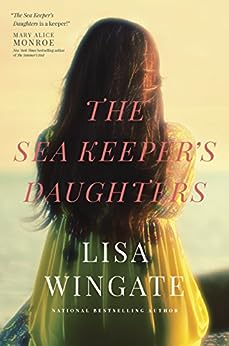 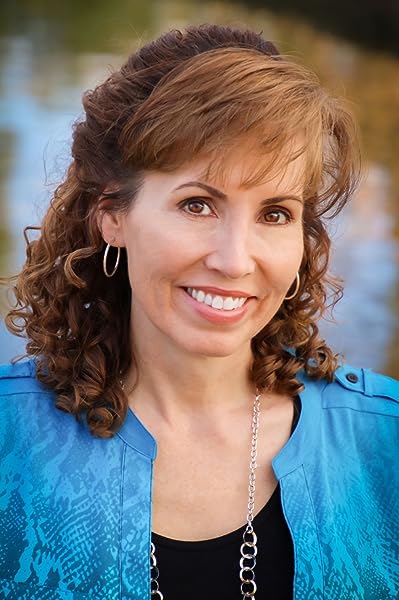 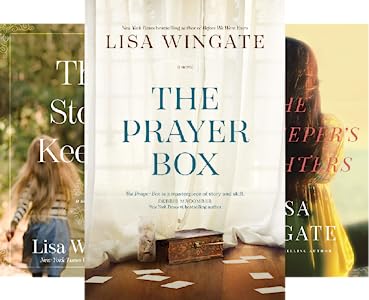 If restaurant ownership has taught Whitney Monroe anything, it is ferocity even amid threats from corrupt local officials set on driving her out of town. With her current investments at risk, she returns to the Excelsior, a crumbling hotel that holds her grandmother's treasures from an era of wealth and propriety. While digging through these objects, Whitney unwittingly stumbles into a gripping family mystery. As she reads through a series of old letters and contemplates an intriguing necklace, Whitney struggles against her need for quick money and becomes determined to preserve, at any cost, the belongings and story she has found. Set in North Carolina's picturesque Outer Banks, Wingate's ("The Story Keeper," 2014) tale of a dark family history becomes an intriguing patchwork of mystery and drama. Readers will feel revitalized as they journey with Whitney through her past as she grows more connected to her heritage and discovers who she really is.--Booklist --This text refers to the hardcover edition.

4.7 out of 5 stars
4.7 out of 5
413 customer ratings
How does Amazon calculate star ratings?
Amazon calculates a product’s star ratings based on a machine learned model instead of a raw data average. The model takes into account factors including the age of a rating, whether the ratings are from verified purchasers, and factors that establish reviewer trustworthiness.
Top Reviews

Daria
5.0 out of 5 stars I really loved this book!
Reviewed in the United States on March 22, 2017
Verified Purchase
I absolutely love Lisa Wingate’s novels! I started with Tending Roses and have read and enjoyed each and every one of her books.

I enjoy Lisa’s writing style, character development, unique story lines and the fact that there is always personal growth, reconciliation and redemption in her novels. Lisa always finds an interesting premise, location or historical reference that leads me to do further research on the topic presented. I also like that her books are written in series which gives me an opportunity to get to know the characters better as the story lines develop and to see how they are progressing or what they are up to once they aren’t the focal point of the current story.

While I don’t always like the personalities of the characters (I’m sure that’s Lisa’s intent) at the onset, I do grow to love them and understand and appreciate their individual challenges and personalities as the story unfolds. I have sometimes felt uncomfortable as I was being taught lessons I needed to learn about how others might be challenged or struggling in their lives and the scenarios are realistic enough that you can certainly apply them to real life situations. At the end of the book, I am always loath to leave them and feel as if they are real people that I’ve grown to know and care about.

I have been inspired by Lisa’s wisdom, challenged to become a better person, laughed, cried and fallen in love with the people and localities she writes about.

I feel I am a better person for having read these books and always appreciate the measure of grace she brings to her writing. Each book leaves a great impression on me and my heart is full for a long time after the last page is turned.

It is important to me that Lisa somehow manages to do all of this without feeling the need to use graphic language or sex scenes as I do not find that these add anything to a story.

Don’t think that her books aren’t entertaining! Lisa adds wit to go along with the wisdom! There is always a little bit of romance, too!

I hope you will take the time to pick up one of Lisa’s books. You won’t be disappointed.

Brenda R
5.0 out of 5 stars I WANT THIS SERIES TO GO ON FOREVER, THAT'S HOW GOOD IT IS
Reviewed in the United States on October 20, 2015
Verified Purchase
THE SEA KEEPER'S DAUGHTERS tells the story of Whitney (Benoit) Monroe and the problems she is dealing with which include her two restaurants in Michigan and an old hotel in the Outer Banks, NC where her aging step-father, Clyde lived and has recently been hospitalized after a fall. It also ties together the whole Carolina series.

Clyde and Whitney had never gotten along very well and she still holds on to some resentment of her mother’s marriage to him after her biological father committed suicide. Neither of Clyde’s sons wants anything to do with him and since he had been living in a building that had formerly been a thriving hotel, the Excelsior, that Whitney had inherited, she felt duty-bound to find out what was happening with her step-father. She wanted to find out what she might be able to do with the hotel plus the contents that might take the edge off the financial distress she is under with her restaurants.

She always seems to butt heads with Clyde, but now also with Mark Strahan, who rents a store called the Rip Shack, on the street level of the Excelsior. Clyde is a crotchety old goat that does not give an inch and makes all his demands in sarcastic tones. All this while the building is in a sad state of disrepair. She starts the task of going through things in some of the old hotel rooms while trying to stay out of site from Clyde. Whitney finds lots of letters that had been torn up and she begins to piece them together. The letters tell the story of the relationship between her grandmother and her grandmother's twin sister that Whitney never knew she had.

In reading any of Lisa Wingate’s books, I get so interested that I just have to learn more about a place, a people, or the history she writes about. Lisa is a true genius at writing stories that will grab you from the very first page and will leave you wanting more long after you have read the final page. There also always seems to be a twist in the story that you won't see coming. In this delightful novel, you will get some shout outs to some old friends from the earlier Carolina series books. A 10+ book if ever there was one. HIGHLY RECOMMEND!
Read more
13 people found this helpful
Helpful
Comment Report abuse
See all reviews from the United States

jeanne adamek
4.0 out of 5 stars Intriguing
Reviewed in Germany on February 7, 2016
Verified Purchase
Lisa Wingate's book gave me an exquisite look in a past I knew nothing about--a world of the Melungeons and Roosevelt’s WPA folklore writers. I was enchanted. This was so extremely interesting that I have to admit that I was sometimes irritated when the author got back to the present life and modern day heroine Monroe.

Reading about Alice and how she learned that the people saw (and treated) the Melungeons while she was collecting the stories from people while driving through the Blue Ridge Mountains as a folklore writer was a wonderfully different storyline. Reading how used this job to get over her grief and earn money for her daughter and herself, and how she got caught up in the stories that she was hearing was marvelous. I was hooked from the first letter she sent her sister...

I did like the fact that Monroe found the letters, and that the letters heped her connect to the step-father, Clyde, whom she was having problems with. But somehow this storyline didn't seem to be quite as polished--not quite as finished as the other one.

But still, all in all, this was a terrific book and I would recommend it to anyone who is interested in history. Especially different and unusual history.
Read more
Helpful
Sending feedback...
Thank you for your feedback.
Sorry, we failed to record your vote. Please try again
Report abuse

Hunter
5.0 out of 5 stars Must read!!!
Reviewed in Canada on February 15, 2020
Verified Purchase
Super fantastic!!! Mrs Wingate is the best!!!
Read more
Helpful
Sending feedback...
Thank you for your feedback.
Sorry, we failed to record your vote. Please try again
Report abuse