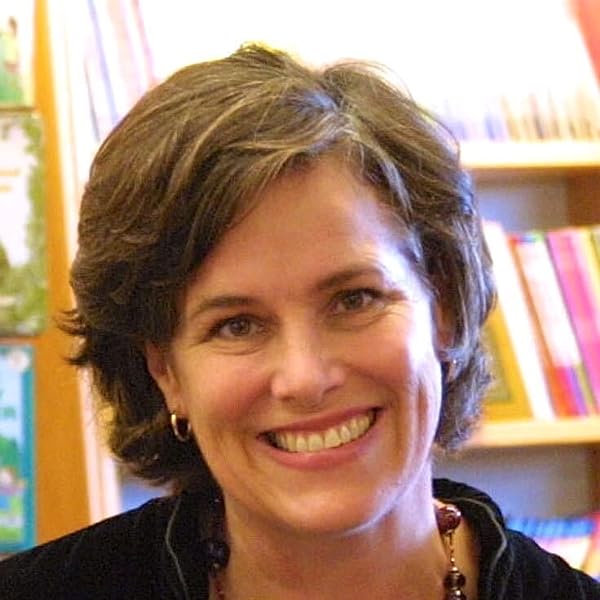 by Nora Roberts (Author)
4.3 out of 5 stars 12 ratings
See all formats and editions
Sorry, there was a problem loading this page. Try again.

Meet the O'Hurleys in these two classic stories about romance and family secrets...

As the widow of an infamous race car champion, Abby O’Hurley is left with two sons and lots of secrets. Cynical journalist and biographer Dylan Crosby plans to uncover everything Abby is hiding about her former life, no matter what it takes. Living with Abby to observe her everyday life, Dylan is surprised to find that she’s not the entitled person he expected her to be. She’s a kind woman and a loving mother, and though she has no reason to protect her late husband, there are certain truths she won’t give up—no matter how charming Dylan is. But if Dylan is willing to open up first, he just might get the story he’s looking for…and a connection he wasn’t expecting.

Dance to the Piper

Maddy O’Hurley has been in the spotlight since she was five years old. Now she’s a dancer on Broadway, and her passionate performances have made her a much-admired artist—and have captured the interests of recording mogul Reed Valentine. Reed’s always had careful control over his emotions and he’s never been interested in much past his business. But something about Maddy intrigues Reed, and Maddy can feel their connection, too. The two agree to be friends, only tempting the romantic tension between them. Reed’s wary of romance thanks to his painful past, but can companionship really be enough?
Read more
Previous page
Next page

"The Bright Side of Going Dark" by Lea Geller
From the bestselling author of The Overdue Life of Amy Byler comes a fresh, funny, and thoughtful story about going off the grid in order to truly live. | Learn more

Nora Roberts is the bestselling author of more than two hundred romance novels. She was the first author to be inducted into the Romance Writers of America Hall of Fame. Since her first bestseller in 1991, Nora’s books have spent more than two hundred weeks in the number one spot on the New York Times bestseller list. There are more than five hundred million copies of her books in print, published in over thirty-four countries.
Tell the Publisher!
I'd like to read this book on Kindle

Laura McGee Kvasnosky (1951- ) grew up in Northern California as one of five children in a newspaper family that provided the grist for many of her stories as a noted children’s writer and illustrator. She turned to children’s writing in mid life, and is best known for her series of “Zelda and Ivy” books featuring two fox sisters, the older and bossy Zelda, and her adoring younger sibling, Ivy. The series drew critical praise and fan loyalty for its fresh take on sibling rivalry. Kvasnosky’s honors include dual Golden Kite Honors Awards in 1999 from the Society of Children’s Book Writers and Illustrators (SCBWI), and the American Library Association’s 2007 Theodor Seuss Geisel Award for “Zelda and Ivy: The Runaways” as America’s most distinguished book for beginning readers published that year. Her latest book, "Little Wolf's First Howling", the story of a wolf pup who can't help singing his own song, arrived in 2017 to further acclaim, winning the Margaret Wise Brown Honor Book Award for children's literature text, as well as numerous starred reviews and "best of the year's books" honors.

dancinqueen
1.0 out of 5 stars I think this was really written by a sappy 12 or 13 year old girl.
Reviewed in the United States on February 25, 2022
I read the entire first story, "The Last Honest Woman". And couldn't take any more. It took a lot of determination to stick with it because it was truly ridiculous. I honestly don't believe it was written by a grown woman & it certainly wasn't written for any adult with even half a working brain. Maybe she paid some silly, sex-obsessed pre-teen or teenager write it for her.

I've only read one other book by Nora Roberts & as I remember it was OK - not great, but not awful like this one. This one was so bad I'll never read another book with her name on it.

Save your time and money! I got mine from the library, so at least I'm not out any money.
Read more
Helpful
Report abuse

Amazon Customer
1.0 out of 5 stars boring
Reviewed in the United States on September 28, 2021
This is about a young widow and her sexual feelings about a writer. Half the book is about her desires for him and half about his desires for her. The second half is about her sister and the plot remains the same . SEX SEX SEX. NO REAL PLOT. BORING BORING BORING.
Read more
One person found this helpful
Helpful
Report abuse
See all reviews