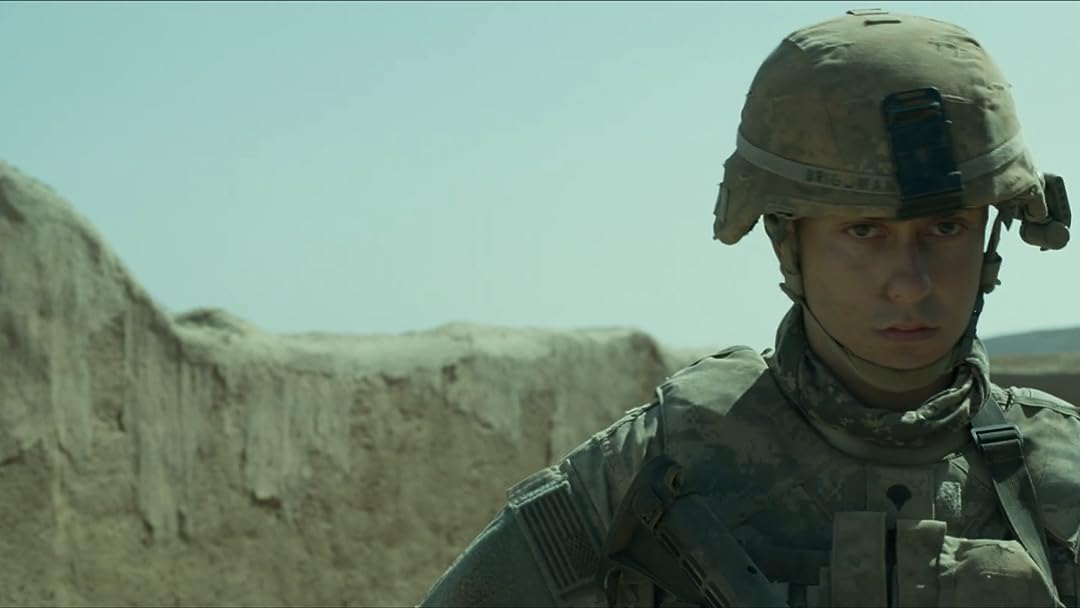 (277)6.01 h 27 min2019X-RayR
When a young US soldier in Afghanistan witnesses other recruits killing civilians under the direction of a sadistic sergeant, he begins to fear that the men he's serving with might be the ones to kill him.

JeffReviewed in the United States on October 31, 2019
1.0 out of 5 stars
Another SJW movie stay away
Verified purchase
Yet another boring SJW movie to make brave american soldiers the bad guy.
52 people found this helpful

RedConOneReviewed in the United States on February 3, 2020
3.0 out of 5 stars
Alexander Skarsgard edged this film out and made it pass-able
Verified purchase
Let's start out with the obvious, it has been stated a few times in reviews but The Kill Team is not a flag waving war film about our current engagement overseas. Instead it is a deep dive into darkness, morality, and ethics. The Kill Team is based on the true story of some soldiers faking combat scenarios and executing civilians. It is by no means an enjoyable film to watch, not by any stretch but that also doesn't mean it is a bad film. The film in some ways reminds me of a non fiction account of a modern day Heart of Darkness or Apocalypse Now when you view it from the standpoint of our protagonist and his descent into darkness.

If you're looking for a war film based on this current war that is a bit more action and the standard tone you might expect from a war film then i would probably suggest Lone Survivor (also based on a true story) but The Kill Team has moments. Generally these moments are when Alexander Skarsgard is on the screen, he is menacing and chilling in his performance of a sociopath leader. His performance stands out in the film and really is what earned the film an extra star from me.

Would i call this film "propaganda" as some reviewers have suggested it is? No, not really. The film doesn't hold any punches, that is for sure but it is also not to the level of propaganda. Every war has incidents both well-known and lost to the sands of time where our troops have stepped over the line and killed unarmed people (both combatants that surrendered and civilians) and facts are that it is a sand element to war but something the Army has survived in the past and will continue to endure as those incidents and soldiers don't represent the whole of the Army, military, or American populace. They are the minority. This film is hard to watch but if you want to watch a piece of anti-war propaganda then go pop in Home of The Brave.

My synopsis is that The Kill Team is a film that falls somewhere between decent and good but also is not enjoyable to watch. I would say try and watch it for free (such as it is currently included with prime and that is why i watched it) but i wouldn't suggest buying it unless you really enjoy stories about a descent into the darkness of ones own soul.

Common SenseReviewed in the United States on February 9, 2020
3.0 out of 5 stars
Decent
Verified purchase
Short Answer: It's 'OK'. Not bad; not great – just OK. It's certainly worth watching for free via Prime as it portrays an actual event in U.S. military/history.

The acting for the main protagonist and antagonist is great, along with several of the minor character roles. Other minor roles – some playing the crazed, blood lust role – are a little over the top in my opinion, but, they all do a good job creating stress and tension for the plot. The movie likely needed another hour to provide a better metamorphosis from green, naive soldiers into hardened killers due to combat stress, but because of time constraints of any 1.5 – 2 hour movie, this lacking is understandable.

You can't help but feel sorry for the young soldier faced with such a moral predicament.
3-star rating

Miscellaneous: I wouldn't call this an anti-military propaganda piece, but that's debatable. I do wish movies like this would provide examples of how ruthless, barbaric and evil some of the Middle-Eastern combatants are. Be it ISIS, Taliban, Al-Qaeda, etc. etc., they routinely torture, kill and maim innocents – including children – without hesitation if it suits their goals (or blood lust). These events are well documented if anyone chose to look. While these U.S. soldiers crossed the proverbial “line” and deserved punishment, it doesn't compare to the atrocities committed by jihadists worldwide on a daily basis. (And no, their actions/behavior is not “the U.S.'s fault” as jihad was waged far before the U.S. was even a country. Alas, that's another topic.)

Should the comparison justify or excuse these U.S. soldiers' behavior? No. Americans and the U.S. is better than that, in more ways than one; but as the old saying goes, “War is hell.” There are many truths in that phrase.

In all wars, throughout history, there are individual actors on all sides of every conflict which do very bad things, including things which go beyond “acceptable” warfare. That's a tough pill to swallow for those that are privileged enough to never pick up a weapon and step into battle; it's even a tough pill for soldiers too.

I'll leave it with this thought: for someone to use this rare but horrible incident as a means to generalize every U.S. soldier is a mark of ignorance, naivete and gullibility. Dare I say stupidity? If we can use this one example to tarnish the entire U.S. and it's military, then why can't we use one (out of many) examples of Jihadists killing innocents in order to tarnish them, their lifestyle and their culture too?
6 people found this helpful

Anthony GalladReviewed in the United States on January 10, 2020
1.0 out of 5 stars
No justice
Verified purchase
If this is a true story then America will never win WWIII. Its over we are doomed. This will be the prime example of how our young military soldiers are being treated by leadership. This is a serious failure in leadership while the young soldier being charged. Disgusting to be American and I say this as US Marine.
12 people found this helpful

Torii WehlingReviewed in the United States on October 23, 2019
5.0 out of 5 stars
Sad movie on a real event
Verified purchase
Interesting movie based on real events. Would have been better if longer. Disregard impresses.
11 people found this helpful

ASKReviewed in the United States on February 10, 2020
2.0 out of 5 stars
Hokey weak sauce.
Verified purchase
These dudes are supposed to be Army? There's almost no resemblance to real soldiers. Briggmann was a PFC, he shouldn't have been talking in most situations. It doesn't help that he looks like a soft Eminem impersonator. The action was weak and silly as an episode of Blues Clues. The script was corny AF.

It's a weak Generation Kill clone. This would have been a better documentary, than a soft shoe drama.
11 people found this helpful

Bob EvansReviewed in the United States on June 11, 2021
5.0 out of 5 stars
Good Movie, Depressing But Good.....
Verified purchase
Excellent performances by everyone involved. This movie touched upon a interesting dynamic that is seen where people cover up and go along with things that are clearly wrong and counter productive due to group think and social pressure. The code of silence and the repercussions for those who break it allow killers in uniforms to keep killing with impunity. Interesting how the SSGT fancied himself a "warrior". He was no warrior and this was not a war. War is fighting uniformed soldiers, this is a counter insurgency. He murdered civilians. He's not a warrior, just a murderer. I have to laugh at the comments here, the fact that this was based on a true story, yet people say its unrealistic lol. Yeah, the Taliban were not nice guys, but if you become as bad as the people you're fighting, then what does it matter who wins? There is no military solution in the middle east, never was. Putting people in there and keeping them there for 20 years was the biggest waste of human life and national treasure since Vietnam.
2 people found this helpful

RoseyReviewed in the United States on December 24, 2020
5.0 out of 5 stars
When a psychopath is in charge
Verified purchase
If there is not, there should be a special law, with specific punishment, for people in charge when they use their official power to force others to commit crimes. Because that is what this film is all about, a psychopath who was put in charge of a group of not very bright men and who led some and dragged others, to perdition. This film is based on actual people who committed atrocities against citizens of Afghanistan, including children, often in front of their loved ones. The movie gives no real background; instead it alternates between the psychotic mentality of "Deeks" played by Alexander Skarsgard and the morally conflicted character Briggman, played by Nat Wolff. The other characters are a microcosm of the Army and indeed the United States, with latinos, blacks and poor whites represented as they are mistreated and mistreating each other. Anyone who has ever dealt with a psychopath will recognize Deeks' alternating between flattery and threats and how he is not going to stop until he is stopped. It would appear people are being brought into the Army with absolutely no care as to whether they are fit to make decisions, and while many people might argue that the role of the soldier is to obey orders -- this movie illustrates that obeying an order is indeed a decision. Depicts psychological abuse that may not be obvious to younger or naive audiences, physical violence, some off camera or implied, blood, and morally bankrupt characters. For older teens and adults.
2 people found this helpful
See all reviews
Back to top
Get to Know Us
Make Money with Us
Amazon Payment Products
Let Us Help You
EnglishChoose a language for shopping. United StatesChoose a country/region for shopping.
© 1996-2021, Amazon.com, Inc. or its affiliates