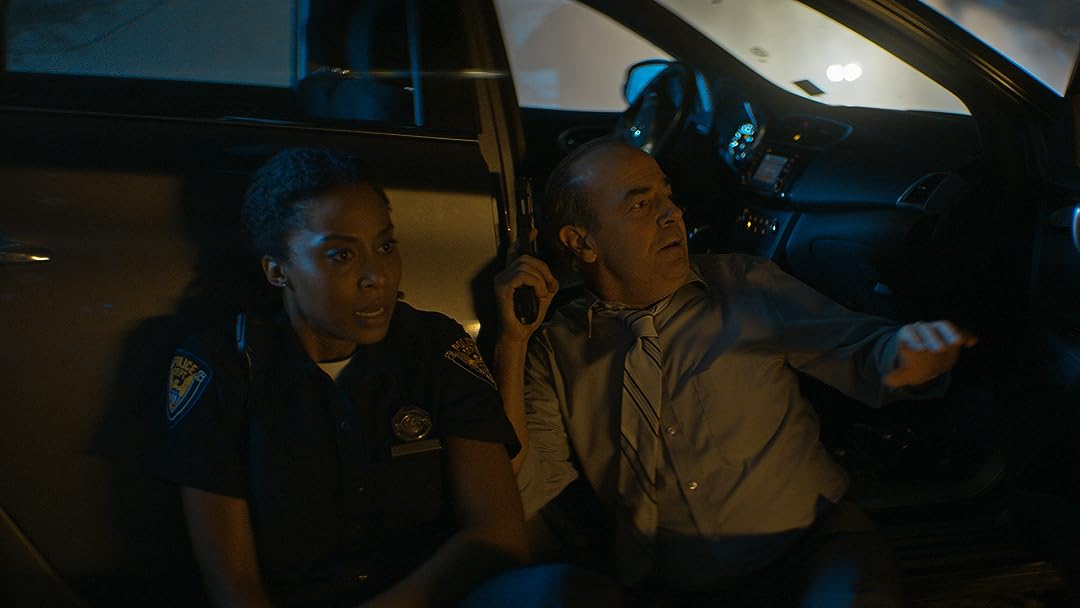 (603)
4.51 h 20 min2021X-RayNR
On the 4th of July, a rookie female cop partners with a veteran detective to save the life of a high-school student from a radicalized serial killer.

G. Ross KeyReviewed in the United States on August 31, 2021
1.0 out of 5 stars
Terrible in so many ways
Verified purchase
Not sure how this has a four-and-a-half star rating. It's one of the worst written, worst executed movies I've ever watched. There's a great story at the core, but this handling of it is ham-handed amateur hour at its best. You can pull your legs out of those straps! So dumb!
8 people found this helpful

Mia MillerReviewed in the United States on April 18, 2021
4.0 out of 5 stars
One note
Verified purchase
I think this movie would have been better if it was free , the story was good and the ending was very satisfying but it was very one note , we didn’t get to find out what made the killer the way he was or about the other victims it felt rushed but it was a good rushed movie.
7 people found this helpful

LaurelReviewed in the United States on September 17, 2021
3.0 out of 5 stars
Great framework, not the best finished product
Verified purchase
This movie had an excellent plot framework, but some key elements were missing [SPOILERS]:
WHY did the killer hate black women?
What made him refuse to kill children?
How did he become radicalized?
Why did the cops call the rookie by her first name (cops always refer to each other by last names, like the military)?
I enjoyed the main character, she was badass and yet -- blew off her boyfriend and seemed to not care (WHY?)
The other characters (male cops) were mostly jerks but that's on point with reality.
The killer was great but we never knew we could feel any sympathy for him (key, in villains) till the last 3 minutes.
The victim had no info other than druggie hooker till nearly the very end; even her mother said almost nothing about her.
The overall premise - that black female hookers are considered non-human by police - is well-known, but the movie did little to show WHY and how the problems can be handled better.
The last scene of the movie aaaaalmost insinuates that the victim made her own choice to ruin her life and end up kidnapped and almost killed, which defeats the premise of the movie.
Writing needs a LOT of work, but good first-effort film.

keduMINIReviewed in the United States on September 26, 2021
1.0 out of 5 stars
Predictable and cliche from start to finish.
Verified purchase
This movie sits at a 4.2-star rating from 510 viewers. I missed how small the sample size was until after I loaded it into my watchlist. The film was poorly executed with an unbelievable storyline that tried to heighten the suspense with heinous wanton acts of killing. The serial killer felt his moral compass was justified in ridding the streets of teenage prostitution and those who solicited it. Ironically, the killer's high ground stood on an equally tenuous foundation of drug/alcohol abuse and sex solicitation. Without a firm back story, the viewer is subjected to a formulaic slash and gash movie involving emotionally unstable and paradoxical characters (both the antagonist and protagonists).

The strap restraints on the surviving victim were unbelievable as restraints. The cavalier killings made no sense, only to support what we already knew. The killer is unbalanced.

There was no cerebral substance to the police actions. They only provided a diversion so the surviving victim could ultimately kill the antagonist. The screenplay writers made a futile attempt to create a backstory for the main officer's personal life with phone calls from the boyfriend. This emotional effect did not build the story, mainly since the timeframe was one day. Yes, the case ramped up with the near-miss apprehension at the store early in the movie, but a direct, "hey bruh, I think I just saw the f-ing serial killer outside the store I am at, gotta go. By the way, I'm a police officer, and, therefore, you may not see me tonight." That's enough conversation on that matter.

It took me a couple of days to get through this slog of a movie because nothing piqued my curiosity through creativity.
One person found this helpful

alexk_amazonReviewed in the United States on September 15, 2021
1.0 out of 5 stars
one moment spoils the whole concept of the movie
Verified purchase
I liked the movie. there are many things to think about. One thing is a loosing moment for the movie. At the end the senior detective says: "she is not worth it", you will understand, when you watch the movie, where it was.

why would you make this policeman to say that??? Did you want to show us that the cops are bad people? Then, why this senior level detective, who could be home and watch whatever or drink or sleep is going beyond his time/duty, trying to rescue a girl? The whole point before was that this cop cares. Now he does not. Then, he is shown as a coward cop. Then, why he was rushing to help just minutes before and was shooting and engaging. It does not make any sense. Plus, when a white man (policeman!!) says: "she is not worth it" about a black girl, his words sound more wishes and could be treated badly. Why would you make him to say that???? Instead of making the movie uniting, it is dividing us just because one strange at best comment of the senior detective, who put his career helping people, suddenly concluded that a life of a girl/victim is not worth it their lives to rescue her. It does not make sense.
2 people found this helpful

JWReviewed in the United States on September 10, 2021
3.0 out of 5 stars
Interesting story, minus the inconsistencies.
Verified purchase
I was so frustrated in why she just didn't turn her legs around and get out of the strap while the killer was gone. Also what was the deal with the teacher as the end who looked just like the killer without the disguise? The acting, although not so bad was too scripted. Overall the story was still suspenseful.
3 people found this helpful

Glama PussReviewed in the United States on August 29, 2021
3.0 out of 5 stars
Very good but a couple of questions...
Verified purchase
Pretty fast-paced, not too long, good ending without going into all the gory past murders. But why did the older detective say She's not worth it? while they were waiting for the SWAT team and what is up with Rikki's teacher at the very end, he looks just like the killer minus the disguise?! Recommend.
2 people found this helpful

RLJ1020Reviewed in the United States on August 20, 2021
2.0 out of 5 stars
Just ok
Verified purchase
Glad I waited till it was free and not paid for it. It is not worth paying for, the problem with this movie is it is a no one for the viewers. I mean you could not cheer for the villain but you could not feel sorry for the girl either I mean she was old enough to know what she was doing was wrong.
2 people found this helpful
See all reviews
Back to top
Get to Know Us
Make Money with Us
Amazon Payment Products
Let Us Help You
EnglishChoose a language for shopping. United StatesChoose a country/region for shopping.
© 1996-2021, Amazon.com, Inc. or its affiliates