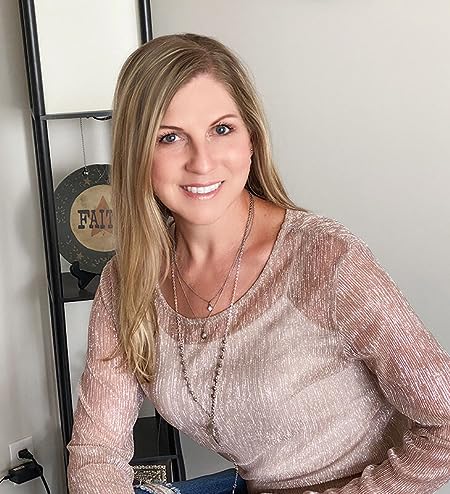 USA Today Bestselling author Kimberly Krey is known as the Queen of Steamy Clean Romance. She's a fervent lover of God, family, and cheese platters, as well as the ultimate hater of laundry. Her readers count on faith-filled romance novels that stay clean without losing the steam.

To stay connected, and receive a FREE book, subscribe to her newsletter: https://bit.ly/2A2nu31 Confirm to receive your freebie.﻿ To follow her author page on FB @: https://www.facebook.com/kimberlykreyauthor/?ref=settings For a printable PDF of her work (listed by series) see her website @ https://www.kimberlykrey.com/ 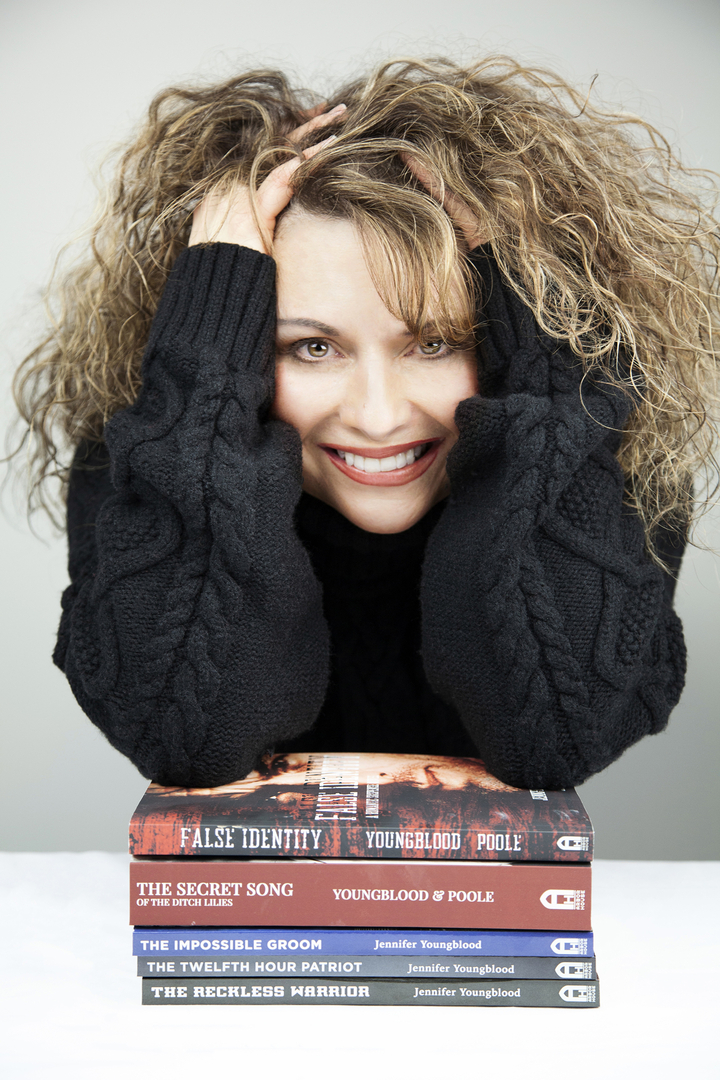 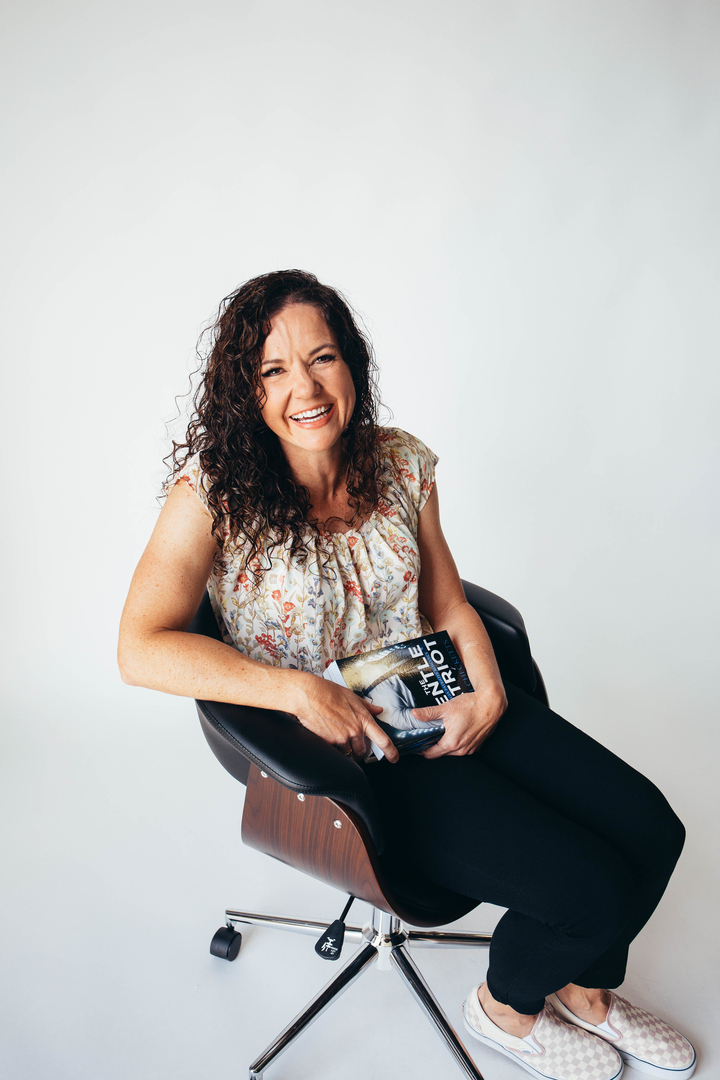 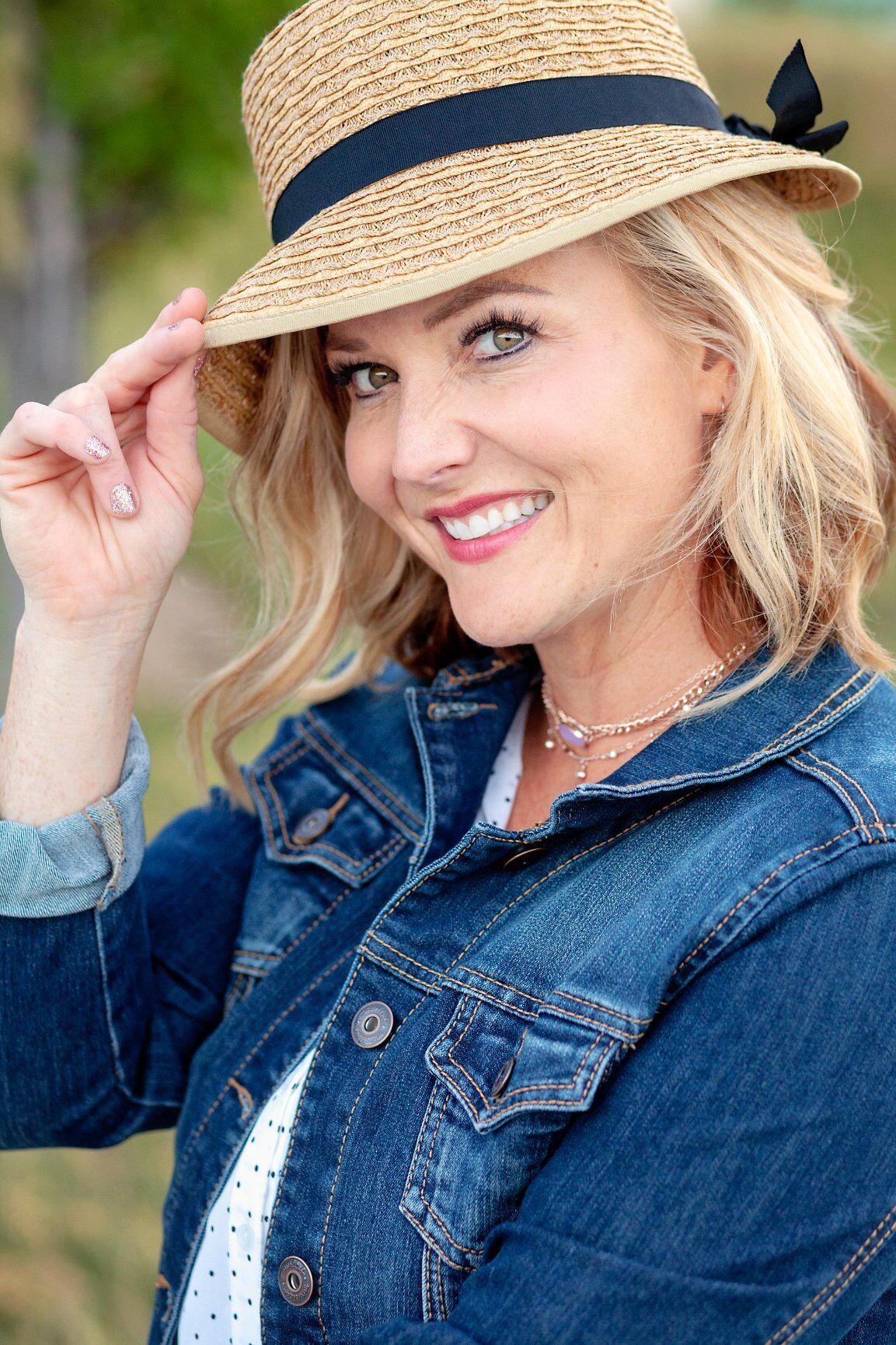 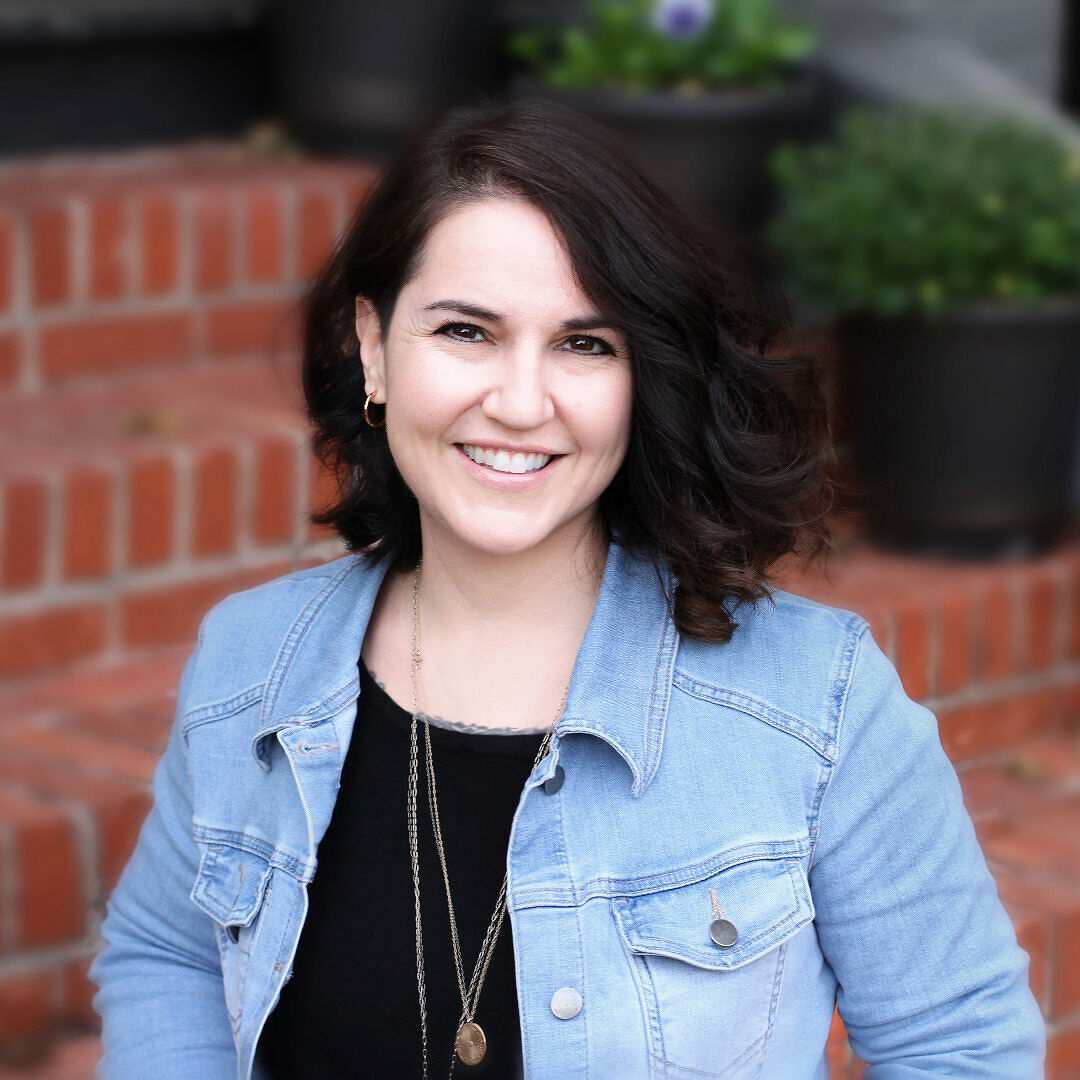 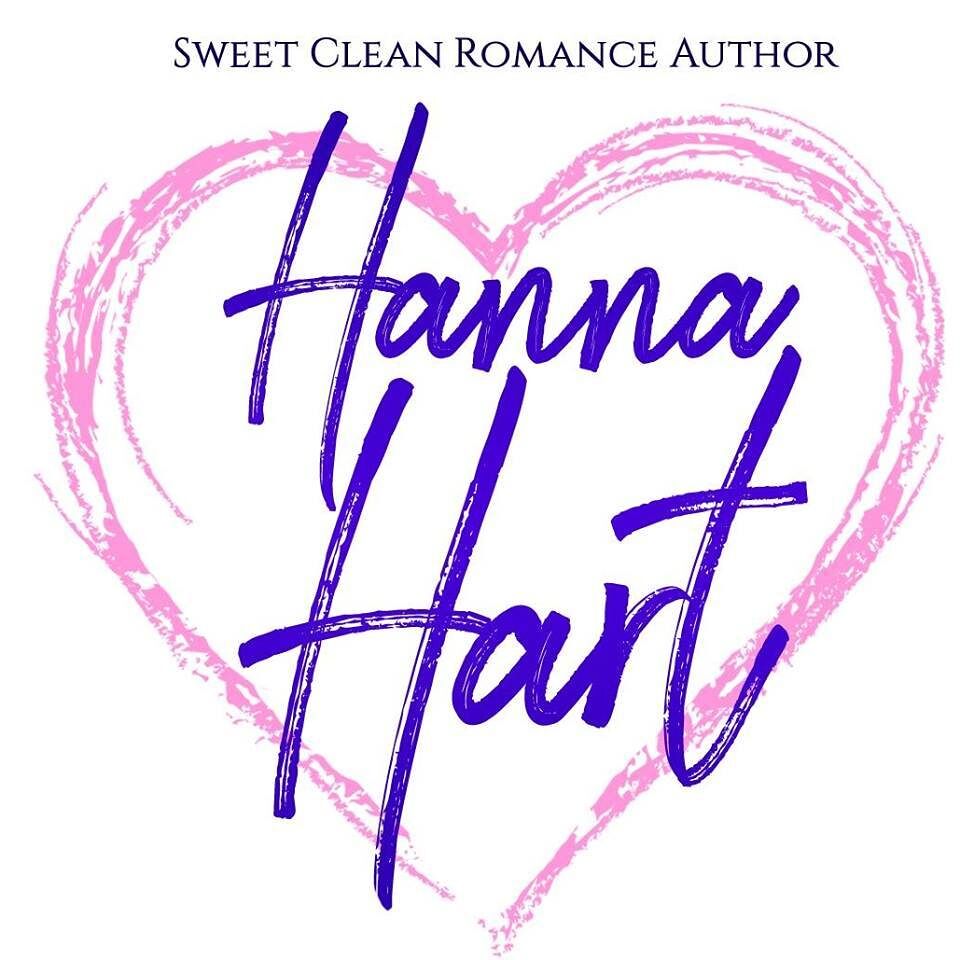 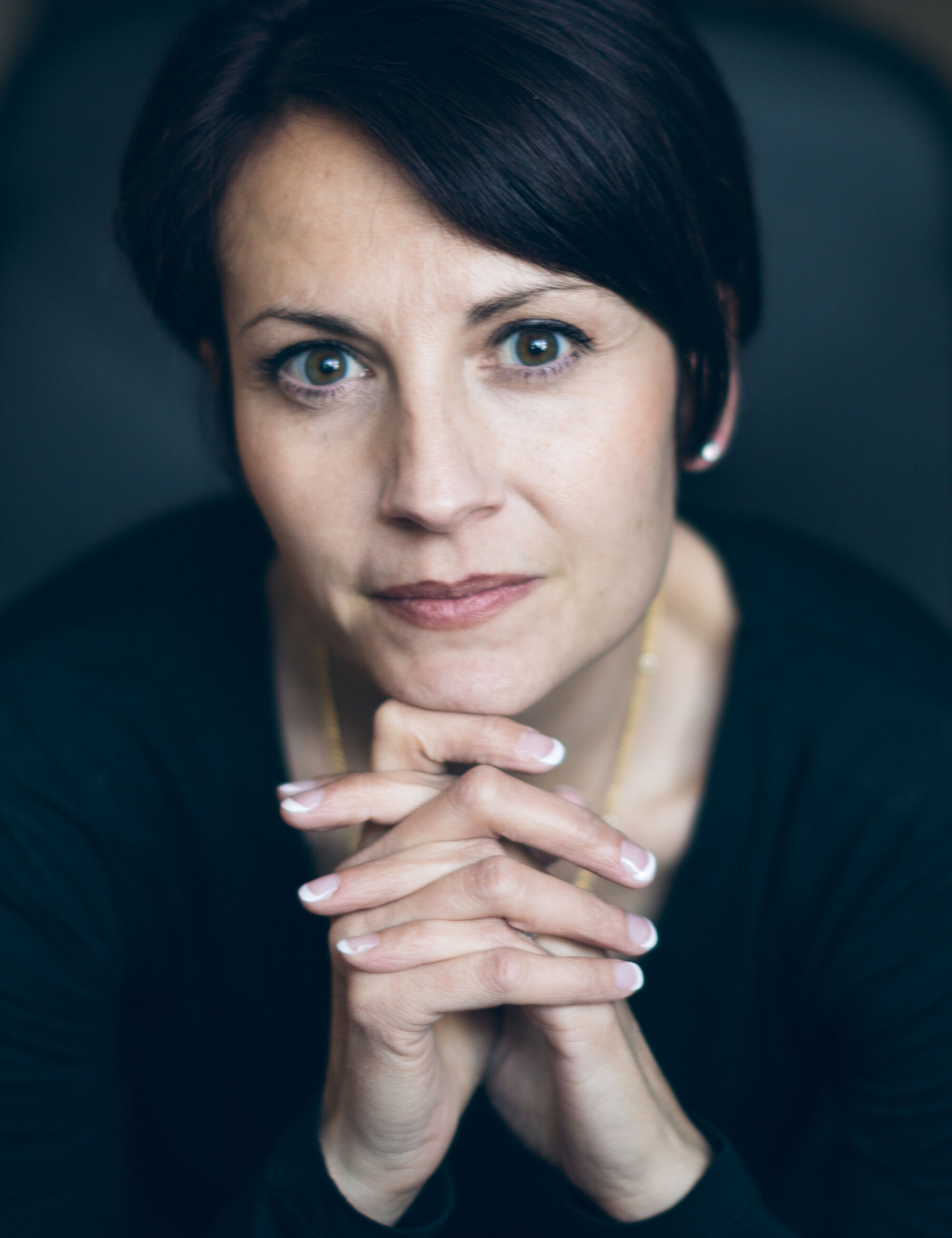 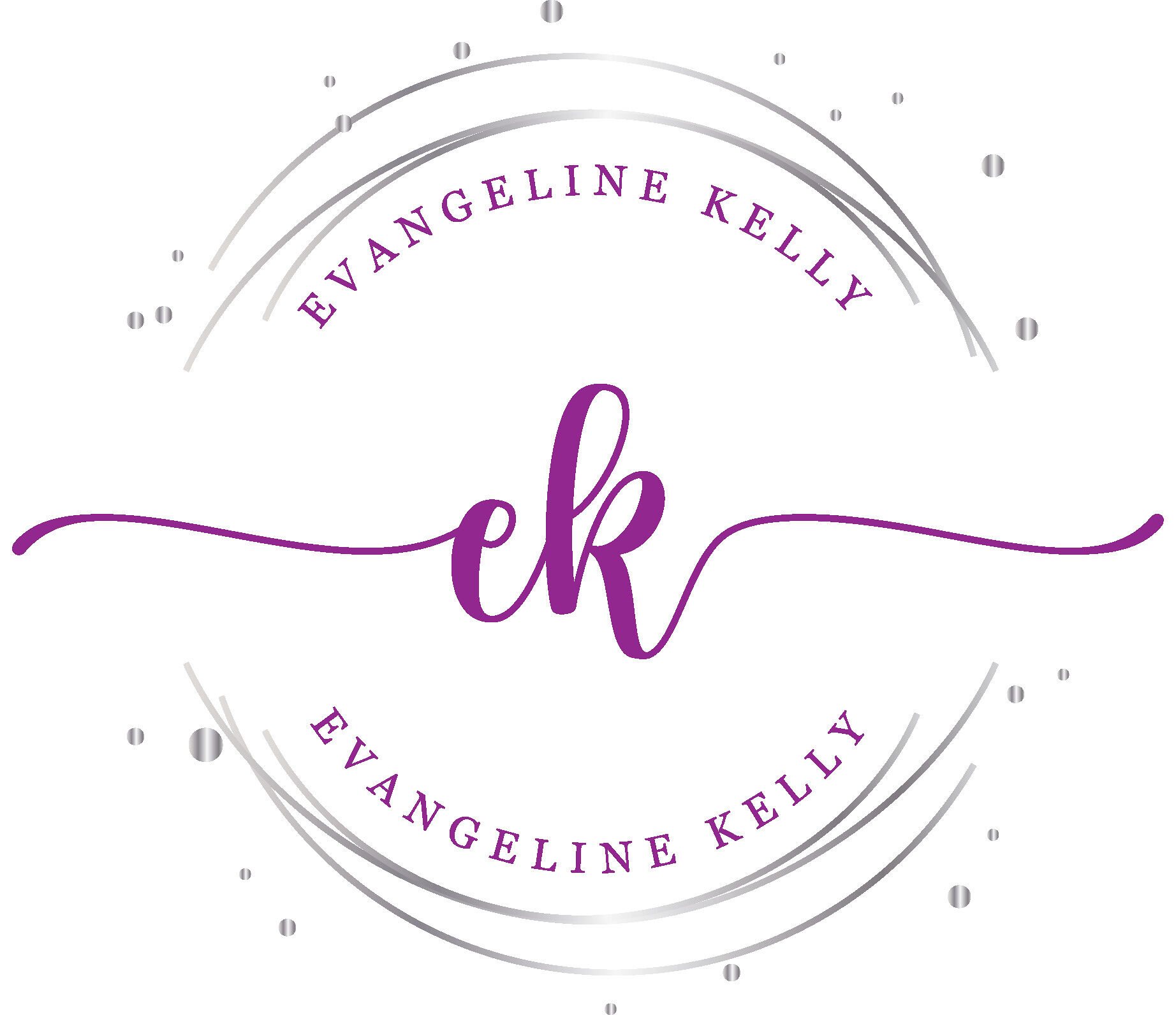 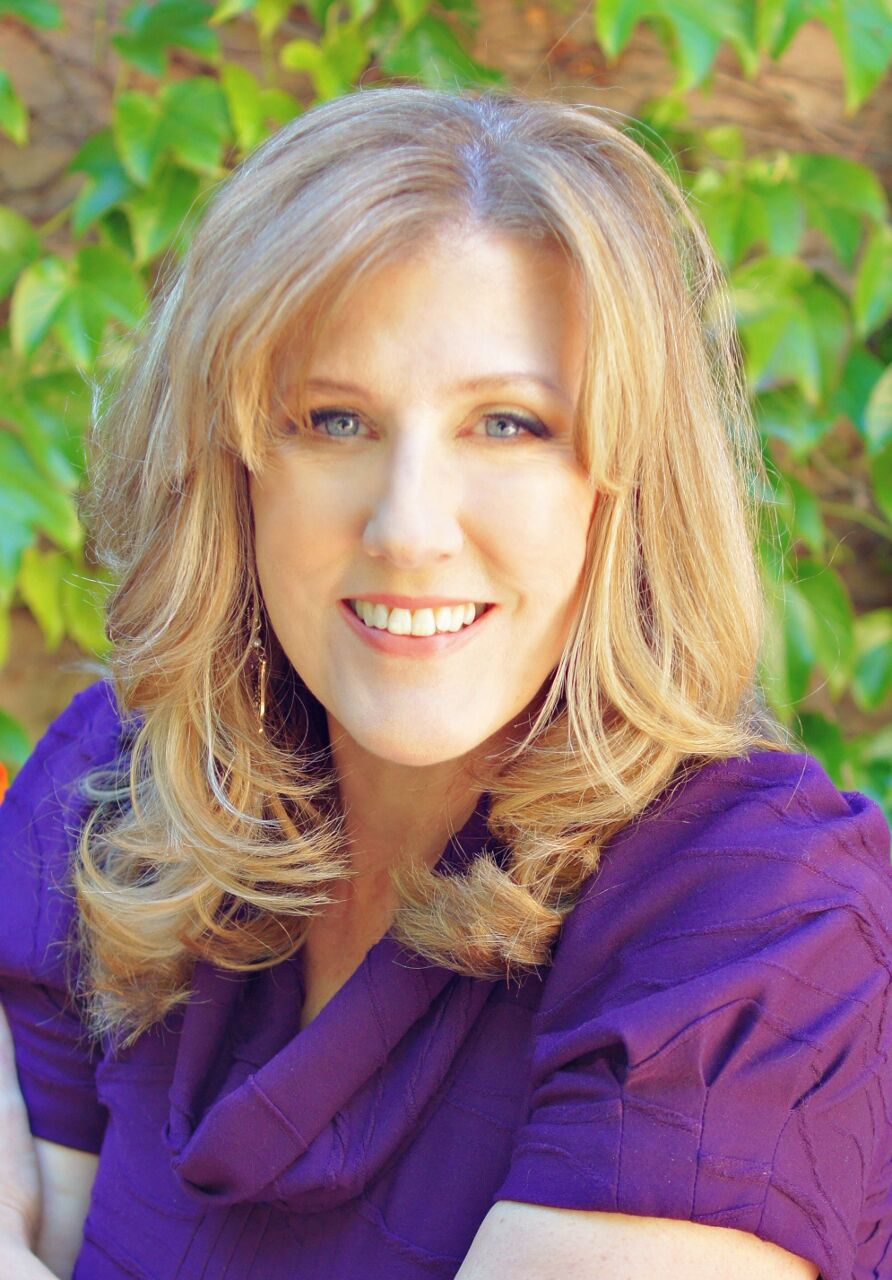 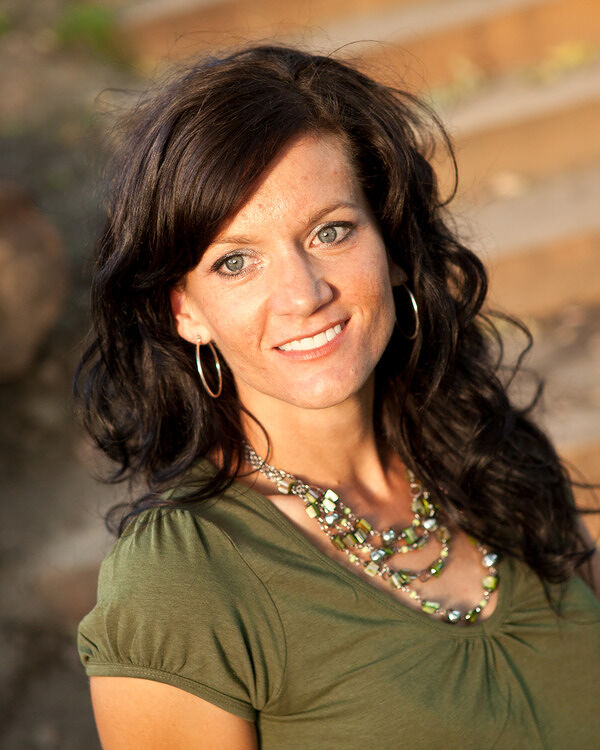 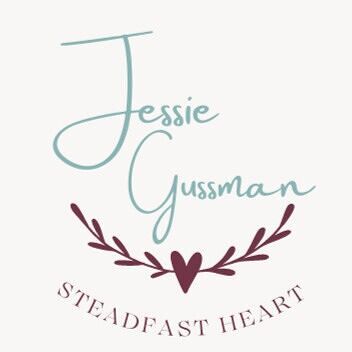 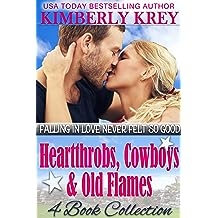 Enjoy this collection of four romance novels featuring
a Hollywood heartthrob,
a few rugged cowboys,
and an old flame.

Catching Waves
When surf instructor Carly Bridger falls for Gage Craven, she discovers the love she’s always longed for. But will the painful parts of her past threaten to tear it away?

Her Kismet Cowboy
Her brother is ruining their family, her cheating fiancé is ruining her life.
As Payton tries to pick up the pieces, a stubborn cowboy steals her heart.

The Determined Bride
He needs a girl that will stay.
She's never been able to settle down.
What happens when love sparks between them?

Mending Hearts
A couple on the verge of divorce gives their marriage one last try. Will they be able to get past the issues holding them back?
Read more 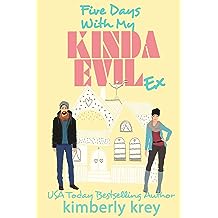 Daisy is struggling to get over her past.
Ian would do anything to fix it.

When these high school sweethearts get a second chance,
their chemistry is stronger than ever.
But will their differences keep them apart?


Ever dreamed of being famous? I did, but not like this.
I’m Cake Girl—from the viral video where the groom shoves cake in the bride’s face.

That video cost me my marriage which, let’s face it, was doomed from the start since the groom, Ian Kelly, is downright evil. Five years later, I’m still fighting flashbacks. But now I have a shot at the two things I want most—love and redemption.

I agreed to be on Time Warp, the tv show that gives couples a second chance. I told the producers I did not want a second chance with Ian Kelly, the groom who ruined my life.

Now I’m stuck with my evil ex for five days while the cameras roll.
Will Ian show me he’s worthy of a second chance or will we both come out of the experiment worse off than we were before? 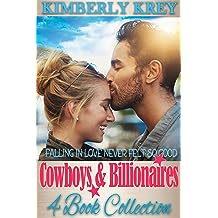 A fun, feel-good, 4-book romance collection with men worth falling for.
Cowboys and Billionaires includes:

The Billionaire’s Second Chance:
Billionaire Duke Benton, the last bachelor standing among the Benton Brothers, has a second chance at romance with a woman from his past. The one woman he regrets letting go of. But can he keep her in his grip this time?

The Cowboy’s Catch:
When Jason Keller bids on a date with Marlee at the town's fundraising event, Marlee's compelled to accept. It's just one date after all, and it's not like she'd ever fall for a man like him. Or so she thinks.

Springtime Love At The Homestead Inn:
She's a billionaire thrust into hiding. He's a wealthy cowboy seeking solitude. When the two are roped into running his granddad's inn, their chemistry is too strong to deny. But will the secrets of her past destroy their shot at love?

Reese’s Cowboy Kiss:
When Blake houses a woman in danger on his ranch, one question lingers in his mind: Has he added to his list of troubles, or has he just found the woman of his dreams? *Reese's Cowboy Kiss has a few mild curse words and contains elements of suspense. 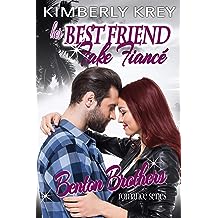 When a popular magazine claims Betzy Benton is destined to become a lonely old spinster, she fights back by asking longtime crush Sawyer Kingsley to propose before the article hits the stands.

Sawyer Kingsley has dreamt of marrying Betzy, but he’s worried that—despite his success—he won’t measure up to the Benton standards. That changes when Betzy asks him to become her fake fiancé. Now he’s got the Christmas season to show her what a life with him might look like.
At her family’s cabin, they share late-night kisses, longing glances, and meaningful conversation. But is it all just part of the act?

This engagement could be the start to their long-awaited romance, or it could tear them apart. 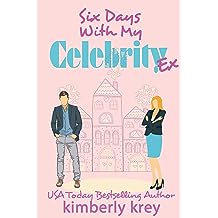 Six Days With My Celebrity Ex: Ex, Cameras, Action! (Second Chance Experiment Book 3) Aug 23, 2022
by Kimberly Krey
$3.99
Dawson Cain is every woman's dream, but for Brinley, dating him was more like a nightmare.

The onscreen kisses with other women were only a small part of the battle.
The bigger issue was the party lifestyle Dawson couldn't get enough of.

But Dawson has changed his ways, or so he says.

Will six days in a social experiment be enough to prove that he's worthy of a second chance,
or will Brinley walk away from him a second time? 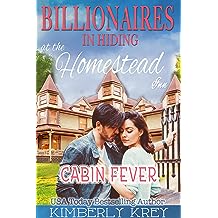 Cabin Fever at The Homestead Inn: Against All Odds (Billionaires In Hiding Family Romance Series Book 5) Mar 31, 2022
by Kimberly Krey
( 157 )
$4.99
A violent man on the hunt,
an undercover bodyguard mistaken as his target.
Can unexpected love bloom in the heart of danger?

It's time to unfold the conclusion of the Billionaires In Hiding Series.
Read more
Other Formats: Paperback 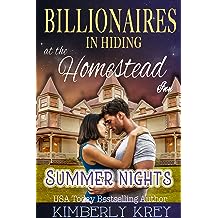 Summer Nights At The Homestead Inn: While He Was Sleeping (Billionaires In Hiding Family Romance Series Book 2) Jun 1, 2021
by Kimberly Krey
( 134 )
$4.99
Two brothers.
One Woman.
And a whole lot of commotion.

They can't let the others know about their romance.
Good thing they have those warm summer nights.

When a set of billionaire twins unwittingly offer Ava a chance to escape her abusive boyfriend, she takes it. Who knew the one-way trip to Costa Rica would lead them to a relocation program in Haven Hills, where the twins' siblings, including their "oldest ornery brother" Richard live in hiding?

As Ava finds her place in their new destination, she also finds herself drawn to none other than the oldest brother, despite obvious advances from one of the twins. Things take a turn when that twin winds up on strict bedrest while attempting a stunt to impress her. Days later, Ava discovers that Richard feels the same undeniable spark between them, and so starts their summer nights rendezvous. In a hiding spot of their very own, Richard and Ava give into sweet romance, passionate kisses, and talk of how they'll eventually tell his family about their love.

Richard knew better than to fall for a woman his brother Maverick had the hots for. But he can't deny his attraction to Ava, a woman who actually loves math as much as he does. Besides, the two weren't dating. Maverick had no right to stake his claim on her.
But that doesn't change the fact that he and Ava's secret romance could start a whole lot of trouble when he finds out.

*** Get ready for the Billionaires In Hiding Family Romance Series! ***

Five billionaire siblings are sent into hiding when their mafia-linked granddad makes a plea bargain that puts them at risk. Through a relocation program, they're sent to help run The Homestead Inn.

Now each must hide their secret past, adapt to their unexpected future, and learn how to answer the call when love comes knocking. 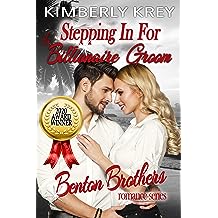 Stepping In For The Billionaire Groom: Benton Billionaire Romance (Benton Brothers Romance Book 3) Apr 15, 2020
by Kimberly Krey
( 260 )
$4.99
Kat Morgan signed up for a social experiment called Married at First Meet in hopes to find Mr. Right. But what happens when Mr Right's twin steps into his place?
Read more
Other Formats: Paperback 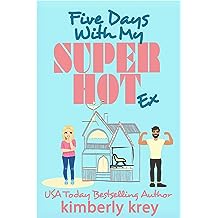 When Nikki and her old high school flame go on a reality TV show,
they’re locked in a home while the cameras roll.

Help these high school sweethearts fall back in love.
Is the old spark still alive or did it fizzle out long ago?
Read more
Other Formats: Paperback 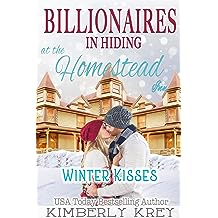 Emmitt’s about to fall for a private investigator and he doesn’t even know it.
Sloane is going to fall for him too, just before she learns that she’s working for the wrong side.

The suspense is kicking up in Winter Kisses at The Homestead Inn.


*** Get ready for the Billionaires In Hiding Family Romance Series! ***

Five billionaire siblings are sent into hiding when their mafia-linked granddad makes a plea bargain that puts them at risk. Through a relocation program, they're sent to help run The Homestead Inn.

Now each must hide their secret past, adapt to their unexpected future, and learn how to answer the call when love comes knocking. But how long will it be before danger shows up at their door as well? 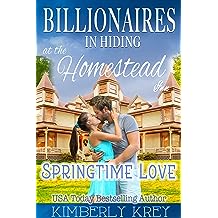 When the two are roped into running his granddad’s inn, their chemistry is too strong to deny.
But will the secrets of her past destroy their shot at love?


Welcome to The Homestead Inn, where love is in full bloom, no matter the season.

Get ready for the Billionaires In Hiding Family Romance Series! Five billionaire siblings are sent into hiding when their mafia-linked granddad makes a plea bargain that puts them at risk. Through a relocation program, they're sent to help run The Homestead Inn.

Now each must hide their secret past, adapt to their unexpected future, and learn how to answer the call when love comes knocking. 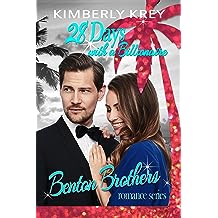 28 Days with A Billionaire: Benton Billionaire Romance (Benton Brothers Romance Book 1) Oct 29, 2019
by Kimberly Krey
( 233 )
$4.99
After a billionaire jerk nearly ruins her life, Camila gets her dream job at a beachside villa. But that job looks more like a nightmare when she meets her new boss—aka the billionaire jerk.

When private chef Camila Lopez meets billionaire James Benton for the first time, he ends up with egg yolk on his diamond-crusted cufflinks. It was an accident on both parts, but James’ cruel date makes sure Camila pays a price by losing her swanky clientele over the mishap.

Luckily, Camila is offered a month-long job at a beachside villa. She’s certain it will give her career the boost she’s been praying for. But what happens when she finds out she’ll be working for none other than James Benton—the guy with the cufflinks who ruined her life?

James Benton has one strict rule: No getting personal with the people who work for him. But when he escapes to deal with his brother’s tragic death, rescue comes in the face of his beautiful private chef. Never has breaking a rule looked so good.
Will it lead James to the love of his life or leave him with another lesson learned and a broken heart?
Read more
Other Formats: Hardcover , Paperback