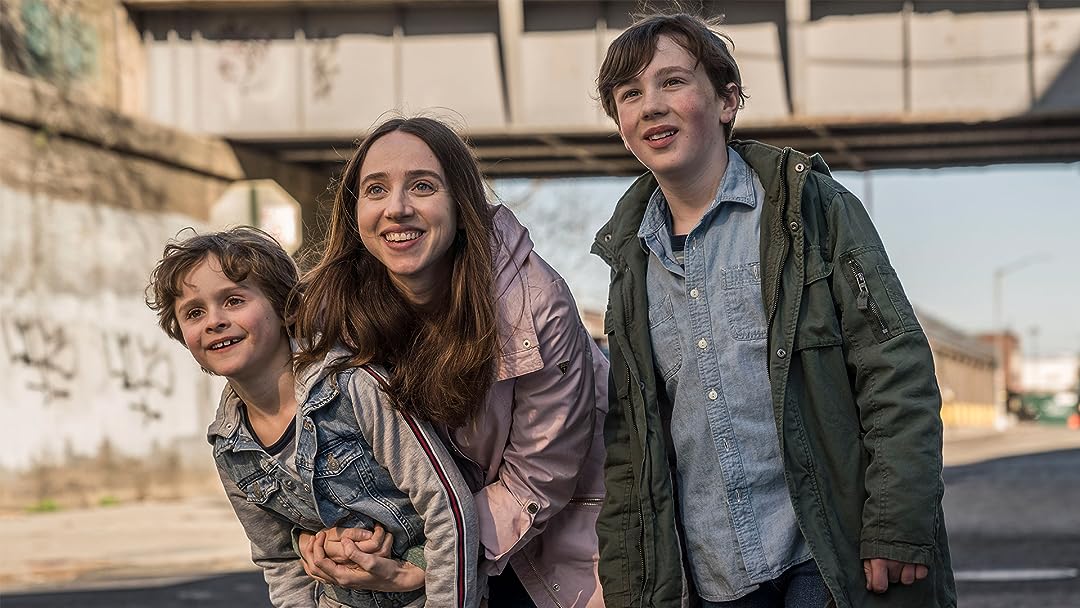 The Kindness of Strangers

(731)
6.41 h 54 min2020X-Ray13+
In NYC, six strangers' lives intersect while struggling to find help, hope and love. They soon discover that liberation lies in each other's hands.

Devin MunceReviewed in the United States on March 21, 2020
5.0 out of 5 stars
Very unique!
Verified purchase
This film was extraordinary. If one doesn't have "ears to hear", they will not hear what the film has to communicate. Lots of beauty on many levels to be mined from this. I was struck by the "forgiveness" theme throughout. Hope to see more from this director.
67 people found this helpful

LouReviewed in the United States on June 19, 2020
5.0 out of 5 stars
Epic story.
Verified purchase
Finally!!! A movie that doesn’t suck. This is the most beautiful story. I adore the characters and the actors that play them. I relate to the main character. A very real truth. It really satisfied my search for a story close to home. I don’t want to say too much. If you crave a poetically beautiful story with magnetic acting and characters, you should watch this. I want a part two. I can’t even watch the typical run of the mill shallow romance movies after watching this masterpiece.
I hope this movie is the turning point for romance and generally deeper story telling. We need more of these. Thank you for this.
59 people found this helpful

Lainie FreeReviewed in the United States on September 5, 2020
5.0 out of 5 stars
Touching film, wonderful performances..
Verified purchase
Every actor in this was just wonderful. Believable characters, a wonderful group of men are in this film: no posturing as there is in so many films today. Tenderness shown by all but the husband: I loved Bill Night as always, the 2 young actors were great and the one who played Marc was a real gem. Zoe Kazan and Andrea Riseborough were great as well. See this film.
39 people found this helpful

A.J.Reviewed in the United States on March 19, 2020
5.0 out of 5 stars
Loved the sense of compassion in this movie!
Verified purchase
It's nice when you see a movie showing others care for those in need or just people in general for that matter. I remember in the 80s and 90s people seemed kind, more so than today anyways. They should make more movies like this to remind people how we should treat one another. I enjoyed this movie a lot, and would watch it again.
43 people found this helpful

Ann DorganReviewed in the United States on March 8, 2020
5.0 out of 5 stars
Fantastically written, emotionally lovely.
Verified purchase
Intertwining stories transform these strangers into friends. Beautifully written, well cast and wonderfully directed, the actors are able to perform at their best. I wish it was released in 2019; it would have won an academy. Too bad it's so early in 2020; I hope judges don't forget it when awards time comes around.
40 people found this helpful

Eva L UatorReviewed in the United States on March 13, 2020
5.0 out of 5 stars
a positive story, much needed now
Verified purchase
I liked that it was a movie not about stimulating the audience with violence,
but with the best part of human nature... love bill Nighy. great new actors and
actresses I expect we'll keep on seeing...

ErdaReviewed in the United States on August 29, 2020
4.0 out of 5 stars
Not Profound, But the Inspiration We Need Right Now
Verified purchase
This is one of those a-bunch-of-strangers-whose-lives-intersect-in-the-end movies; the plot is not very complicated and the acting is just okay. But, having said that, watch it! At a time when the world around us seems divided and angry, it feels good to see a movie that protrays "ordinary" people whose instinct, when stumbling upon folks in trouble, is to actually see them and find a way to help them.
21 people found this helpful

Do you really *NEED* this? or are you just shopping to fill the void? Think about the planet. Buy 2nd hand or make dueReviewed in the United States on October 21, 2020
1.0 out of 5 stars
Victims and Martyrs in a Hot Mess of a Movie
Verified purchase
This film is depressing and uninspiring. I couldn't get through it in 2 sittings. Each character lacks agency in their own life and is either a martyr or a victim, just waiting for someone good to come along and help them. I was literally cringing through most of this. The biggest conundrum is why the woman with 2 kids doesn't contact some kind of domestic violence shelter or research online about domestic violence options at the library, which she is shown at numerous times with her 2 kids. Her kids are starving, sleep deprived and lack basic ability to wash up, but her best plan is to steal fancy dresses and purses so she can sneak into hotels and raid the buffets of events? She never attempts to do any off the books work to get some food for her kids or even put out a sign and panhandle. Those aren't great options, but neither is having your 2 kids only eat a handful of hors d'ouvres less than once per day. Then there is the guy who nearly freezes to death b/c he's lacking basic intelligence, yet no one refers him to any kind of social service for evaluation, and it's not clear why he's so dumb. Then there's the ER nurse who also runs some kind of group therapy as a volunteer, but it's not clear what the purpose of the group is and she's clearly not well trained And when she's not doing that, she's volunteering at a soup kitchen....come'on lady....why such a martyr? She doesn't seem to have any personal relationships of any kind, and seems to consider getting set up by a friend of some random guy in the hospital with his friend who needs someone to help him--ooh, that's appealing! If this sounds bad from my description, that's only 1/10 of the hot mess this film is.
13 people found this helpful
See all reviews
Back to top
Get to Know Us
Make Money with Us
Amazon Payment Products
Let Us Help You
EnglishChoose a language for shopping. United StatesChoose a country/region for shopping.
© 1996-2021, Amazon.com, Inc. or its affiliates