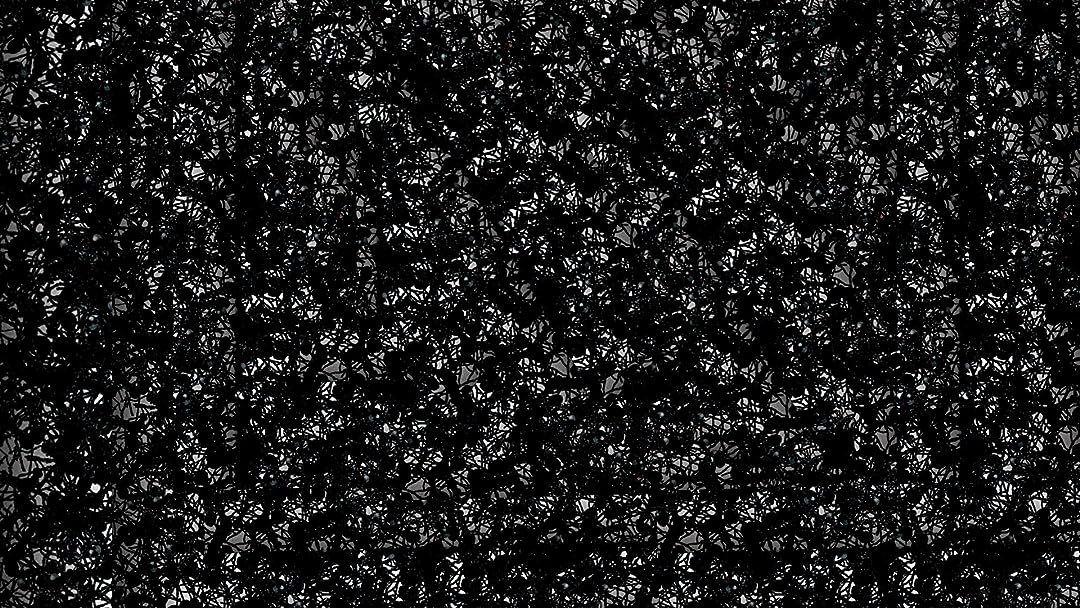 King of the Ants

(69)
6.21 h 42 min2003R
A young drifter discovers his true calling when he's hired by a mobster to stalk and kill a prominent accountant, and then decides to seek revenge when the stingy thugs try to kill him rather than pay him.

VALERIEReviewed in the United States on July 22, 2020
5.0 out of 5 stars
Creepy
Verified purchase
This movie is not for mixed company or a date. Its truly disturbing and for adults only. But, I liked it when I first watched it years ago and enjoy watching it now. I just remember a few other scenes that I didn't see on this one. I'm not sure if they removed them or I was thinking of another movie. I will keep this on my list of movies I will never forget; its a twisted, vile and low budget classic thriller.
2 people found this helpful

Orlin ChotevReviewed in the United States on August 11, 2020
1.0 out of 5 stars
Waste
Verified purchase
Why are such movies made? To feed the appetite for aimless violence? To normalize another deranged mind?
Everything in this movie: acting, direction, dialogs pales behind the abyss of insanity, not the Dostoyevsky way. Not necessarily cheap, made with certain class, and still boring.
Because the makers seem to believe, people want to follow such stories.

gardeniaReviewed in the United States on August 15, 2018
4.0 out of 5 stars
The King of Psychological Scars
Verified purchase
This movie takes a bit of time to get started, but once it does, it will leave a lasting impression.. and possibly cause you to be mentally scarred for life. I saw this movie years ago and new I had to own it when I saw it on amazon.
3 people found this helpful

C J PetesReviewed in the United States on September 15, 2020
1.0 out of 5 stars
Worst Movie I've Ever Seen on Prime
Verified purchase
This is like a bad student film come to life. Terrible acting, incredibly bad writing, just awful in every way. Shocked to see George Wendt in this utter POS.

Joette BaldwinReviewed in the United States on November 10, 2011
5.0 out of 5 stars
Brutality and Gore to the "FORE"
Verified purchase
I stumbled upon "King of the Ants" while browsing a filmography of actor Daniel Baldwin. I was intrigued by the title and had no idea what to expect when I rented the movie from Amazon.com. The story centers around an amiable young drifter named Sean Crawley (Chris McKenna), who is hired by shady construction contractor Ray Matthews (Daniel Baldwin) to "spy" on accountant Eric Gatley (Ron Livingston), and report on his activities. When Sean visits the accountant's home things go terribly wrong and he ends up killing Gatley. Matthews and his buddy "Duke" Wayne (George Wendt) reproach Sean for the murder and refuse to pay him. They viciously display their animosity by torturing Sean and repeatedly bashing him in the side of the head with a golf club.

Daniel Baldwin is a Twitter pal and distant cousin of mine. I know him as a charismatic, savvy, humorous dude who wouldn't harm a fly. It was something of a shock to see him portray loathsome brute Ray Matthews with such agility. In truth, the characters of Ray Matthews and Daniel Baldwin are polar opposites, a fact which led me to the realization that Daniel Baldwin is an exceptionally fine and vastly under-rated actor! Chris McKenna was equally as impressive in his role as Sean Crawley. By the end of the movie it was Sean who took out his vengeance on his tormenters.

If you're looking for a "happily ever after" ending, avoid this film like the plague. There are few redeeming players in the drama but the special effects and acting are superb. If you have the stomach to wade through all the violence and gore this flick is well worth viewing!
4 people found this helpful

cookieman108Reviewed in the United States on August 28, 2004
3.0 out of 5 stars
Ever see what a 3-wood can do to someone's head?
Verified purchase
When I saw Stuart Gordon, the man responsible for films like Re-Animator (1985), From Beyond (1986), among other films, was coming out with a new movie called King of the Ants (2003), I was excited, as I think within the realm of horror movies, he's always managed to certainly bring a level of creativity and present disturbing imagery that seemed to be missing from many of the films in the genre. I had no idea what to expect from King of the Ants, but I did have fun with the film. Was it his best? Not in my opinion, but even a mediocre Stuart Gordon film is better than a lot of the horror junk we saddled with by the major studios.

The film stars an actor named Chris McKenna as Sean Crawley, a drifter type currently employed in painting peoples houses. During one of his jobs, he meets Duke, played by George Wendt (Norm!), and said meeting changes his life as Duke introduces him to his boss, a somewhat shady character named Ray Matthews, played by one of the lesser known Baldwin brothers, Daniel, I think...anyway, Matthews owns a construction company, and is trying to land a particularly lucrative city contract, except an accountant in city hall named Gatley, played by Ron Livingston (the actor who played the main character in the 1999 film Office Space), seems to have evidence that may jeopardize Matthew's chances, so he enlists Sean to follow this accountant around, and collect information. As Sean follows Gatley around, documenting his movements, he gets taken by Gatley's wife, Susan, played by Kari Wurher (if you watched MTV in the late 80's, you'll know who this is). Sean reports back to Matthews, and things seem to be going well, but then after a late night meeting with a drunken Matthews, Sean is offered a chance to make a lot of money, at least more than he's ever seen. Only one catch, Sean must kill Gatley. After the dirty deed is done, Matthews reneges on the deal, claiming he Sean shouldn't have taken him seriously as he was drunk, and has only brought more heat down on him, and begins to put pressure on Sean to leave town, as Sean is the only link between Matthews and the recently murdered Gatley. Well, Sean, won't leave without his money, and begins to squeeze Matthews, which is the wrong move, as Matthews and his henchmen decide to take Sean to a secluded location and beat him upside his head over the course of many days, so that he won't even know his own name, much less anything about else. Sean gets the beating, for sure...but manages to escape...and eventually bring all his pain and torture back to his tormentors, one way or the other.

So what did I think of the movie? Well, it was certainly more serious than the films I mentioned at the beginning. Also, while it didn't contain the level of visceral gore of some of Gordon's other films, it did have enough to cause the casual viewer a great deal of wincing. The brutality of the beatings Sean endures, a daily whack with a golf club to the head (a 3-wood, I believe), and the ensuing physical deformation made me a bit queasy. And then there was the nightmarish hallucinations Sean suffered during his torture, which was pure Gordon on the level of a Re-Animator...I won't spoil it, but it will stick with you long after the movie's finished (think of the transformed Chet character from the movie Weird Science, but much worse). I liked the overall concept, but I thought some of the plot elements unnecessary and even awkward. The whole bit about Susan, who works at a mission that Sean ends up at and spends a couple months recovering, and her eventually taking him into her home, just completely farcical. Sure, people don't always have the best judgment, but to take an indigent drifter home with you to stay with you and your young daughter shortly after the brutal death of your husband seems like the very worst of ideas. It was obvious that it was set up to help further along the plot, but it was just so unbelievable. I think Wurher's character was meant to sort of see Sean as some kind of lost puppy dog type, harmless and trustworthy, but it was just very difficult to swallow. The story did have some other fairly glaring plot holes, but it moved along pretty well, but was pretty predictable. Some of the performances seemed odd and disjointed, but the more brutal scenes overshadowed a lot of the weak elements. Look for the character of Beckett, played by Vernon Wells. It took me awhile to recognize him, but I finally realized he was the same person who played the biker Wez in The Road Warrior (1981). This isn't a wholly slick production, having a somewhat gritty feel and texture, but I thought that played nicely against the main character. Also, time has not been a friend to George Wendt. And if you want to see Kari Wurher all nekkid, then this is your film. She bares a lot, almost to the point of being gratuitous, but hey, I can't really complain. Overall, after watching the film, I couldn't help feel like a lot of opportunities were missed, as the movie seemed to get bogged down a bit in the middle, but the ending does make up for a lot. As with most Gordon movies, if you have a weak stomach or delicate sensibilities, you may want to pass this one up.

Presented here is a good looking wide screen print along with a few special features, including a 15-minute featurette, commentary by Stuart Gordon and Chris McKenna, and an original theatrical trailer. I guess if I learned anything from this movie it's that that George Wendt sure sweats a lot...

RNReviewed in the United States on July 24, 2020
2.0 out of 5 stars
Weak Film School Type Movie
Verified purchase
Weak script, poor acting amount to a disappointing viewing experience. I watched 36 minutes of it and gave up.

Virgil bighorseReviewed in the United States on April 20, 2019
1.0 out of 5 stars
I thought it was a movie about ants. Very dissatisfied
Verified purchase
Had nothing to do with ants
3 people found this helpful
See all reviews
Back to top
Get to Know Us
Make Money with Us
Amazon Payment Products
Let Us Help You
EnglishChoose a language for shopping. United StatesChoose a country/region for shopping.
© 1996-2021, Amazon.com, Inc. or its affiliates