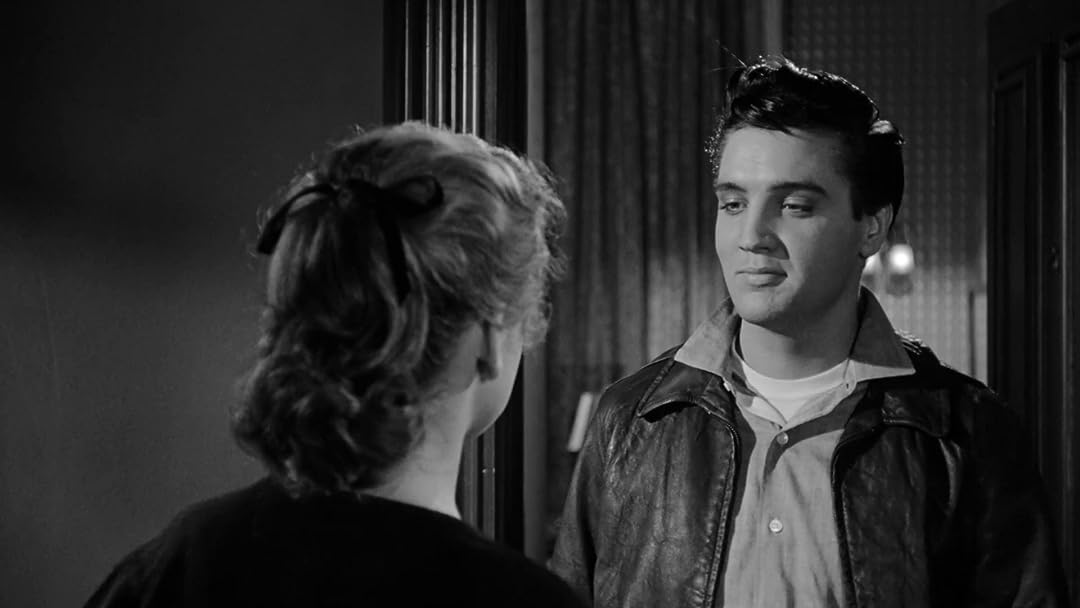 Leaves ScreenPix in 10 daysRentals include 30 days to start watching this video and 48 hours to finish once started.

Watch with ScreenPix
Start your subscription
Add to
Watchlist
By ordering or viewing, you agree to our Terms. Sold by Amazon.com Services LLC.
Write review

MARC E KORMANReviewed in the United States on June 20, 2020
5.0 out of 5 stars
“King Creole” is excellent.
Verified purchase
The film is very entertaining. The story is compelling. The direction is outstanding. The black and white cinematography is perfect. All of the acting is very good, including that of Elvis Presley. In fact, in my opinion, his acting in this film is his best acting in all of his films.

As for the Blu-ray Disc quality, both the picture quality and the Dolby TruHD 5.1 audio quality are extremely good. The image is very crisp, enabling one to really appreciate the “noirish” quality of the B/W cinematography. The sound is clear, with no hiss or crackle. Dialog is easy to comprehend, and the music just “pops” with intensity.

I give “King Creole” five stars.

AN ADDITION TO MY REVIEW, ABOVE:

One of the Blu-ray Disc reviewers noticed bad audio/video sound synchronization on this disc and also commented on the fact the disc was made in Mexico. The following is my explanation as to why the sync was off:

I didn’t notice any sync problems with the non-musical parts, and I WAS looking for this kind of error. I always do. I also didn’t notice the lack of A/V sync on the musical numbers, but my very observant wife did. I believe I have a good explanation for the bad sync.

On many musical films, probably the majority of them, the songs performed in the actual movie itself are NOT LIVE. The songs, both the lead vocals and the background singers and musicians, are all PRE-RECORDED. Then the performers PRETEND they are performing while listening to the soundtrack recording. This requires a lot of skill for the lead singer to lip-sync his vocal. Sometimes the singer does well on this. Often, however, he does not. (As an aside, the OFFICIAL soundtrack recording is also recorded separately, either before or after the filming. This OFFICIAL version ends up on the LP, singles, CDs, etc. The NON-OFFICIAL movie soundtrack recordings actually used in the film itself usually are never released, but, with Elvis, many of them were and continue to be released as well.)

I hope that this is helpful

Linda J. SandahlReviewed in the United States on December 30, 2018
5.0 out of 5 stars
Not just a good Elvis movie -- a good movie!
Verified purchase
An excellent story by Harold Robbins, a fine, professional cast including Carolyn Jones, Walter Matthau, Vic Morrow, Paul Stewart,and Dean Jagger, and most importantly, the skill of veteran director Michael Curtiz (Casablanca, Yankee Doodle Dandy, Captain Blood), make this the best Elvis movie as a movie. The story and setting are perfectly suited to Elvis' persona, he's in terrific form musically, and the plot is compelling and crisply executed. Well worth watching for anybody, movie fan or rock fan.
28 people found this helpful

D. WarfieldReviewed in the United States on December 12, 2020
5.0 out of 5 stars
I agree; ignore the picture on the box.
Verified purchase
I was very hesitant about watching this movie. It just looked like typical '50s fluff and, to be honest, with a song titled "Crawfish" it made me suspect that the music might have been subpar (Kinda like that song Elvis did about yoga).
But I kept reading how great Elvis was as an actor in this movie so figured I'd see if everyone was right.. they were.
He shone in this movie, and the music was outstanding! Even the supporting cast was a great bunch - Walter Matthau, Dolores Hart, Vic Morrow (I always thought he was just a director!).
Even the script was much better than the usual movies about pseudo gangsters and hoodlums.
I am not sure if it moves Viva Las Vegas out of the top spot on my Elvis filmography; if not, it makes a pretty close second.
9 people found this helpful

Titanic fanReviewed in the United States on August 12, 2019
5.0 out of 5 stars
His best movie
Verified purchase
Based on a book by Harold Robbins, this is an intense story of a boy caught in circumstances he can't control. Kids today can relate to the pressures on the main character and the choices he makes. I've used this movie in class to generate great discussions and writing assignments. Strong acting from the supporting cast and Elvis is at his best.
18 people found this helpful

Thomas CostelloReviewed in the United States on September 11, 2019
5.0 out of 5 stars
His Best by far!
Verified purchase
My favorite Elvis movie. I wish he had been allowed to develop the acting talents on display here. Unfortunately....
14 people found this helpful

SojuTXReviewed in the United States on December 20, 2020
5.0 out of 5 stars
Captivating musical drama - Excellent video and sound quality
Verified purchase
Well-balanced musical drama, sometimes a bit dark. This isn't 'Clambake'.
The acting is excellent. Walter Mathau and Elvis Presley both shine.
The moving is in Black and White HD and captivates. The sound, especially the music numbers,
must have been remastered as it is incredible. The plot has Elvis working in a Bourbon Street nightclub
and balances out the darker plot tones with occasional performances for a packed club. I found this fitting and much more realistic. I highly recommend. If you haven't seen an Elvis movie, start here.
4 people found this helpful

JessicaReviewed in the United States on March 20, 2017
5.0 out of 5 stars
Love this movie!
Verified purchase
Elvis' last film before being drafted into the Army and before his mother died shows him as a natural actor with Brando qualities. He could have been a contender for a future Oscar if his post-Army movie career hadn't been thwarted by the Colonel's greed for selling soundtracks.

LUCKYReviewed in the United States on June 8, 2020
4.0 out of 5 stars
Almost perfect.
Verified purchase
This new Blu-ray copy has a slight lack of synchronization between the lips and the music on all Elvis songs, which is very annoying for me.
Similarly I find it a pity that there is not an insert with the chapter numbers to easily recognize the songs without going through the menu. (I just wrote them down on paper but at the cost of Blu-ray, he could have made an effort)
My copy is indicated " disc made in Mexico"!!!
but it's a good purchase for the quality of the high definition transfer and the 5.1 sound.
2 people found this helpful
See all reviews
Back to top
Get to Know Us
Make Money with Us
Amazon Payment Products
Let Us Help You
EnglishChoose a language for shopping. United StatesChoose a country/region for shopping.
© 1996-2022, Amazon.com, Inc. or its affiliates