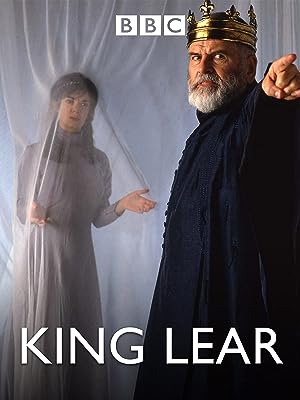 SandraReviewed in the United States on March 25, 2019
5.0 out of 5 stars
this is theater
Verified purchase
Thank you to the Royal National Theater for creating this and to their distributor for providing a product that so eloquently reminds us of the parts we play in our families, our communities, and our world. May the sacrifice of our Lord Christ Jesus give us eyes to see and hearts to love.
As the days grow darker in the English speaking countries, it behooves us as citizens to become wise to what plays out around us. The next reminder of our heart condition I will find by watching Othello. The creature Iago had no treasure to gain other than to kill a great man capable of love - and that''s the evil played out.
Then to a plethora of gospels and comedies. What else can bring mirth back?

Just a Guy Who Likes Good MoviesReviewed in the United States on September 11, 2021
5.0 out of 5 stars
A brilliant rendition of masterpiece
Verified purchase
Nobody knows when this play is supposed to take place. The historical references in it are all over the place. So they cut the knot and stripped the costumes and sets to barest minimalism. That let's the audience focus on the actors and the dialogue. It works perfectly. This deserves a place alongside Olivier's and vastly outshines McKellen's. (Lear as a Boyar nobleman? Who thought THAT was a good idea?)
One person found this helpful

SaturnberryReviewed in the United States on April 7, 2020
5.0 out of 5 stars
The storm, the sorrow, is real !
Verified purchase
I can't stand "King Lear" - it's so very sad! This production of it, is the most engrossing I have ever seen. Everything in the storm was incredible; the sorrow, real and palpable. I'm so blown away by this cast. *^,^* Thank you so much for making this amazing play for us.
2 people found this helpful

Aging BoomerReviewed in the United States on October 1, 2004
5.0 out of 5 stars
Bad Dad
Verified purchase
A celebrity in his last twenty years of life, courtesy of Bilbo Baggins (the keepcase to this King Lear DVD bills him as "of the Lord of the Rings"), the late Ian Holm was a great actor long before he was Bilbo. On this DVD he delivers a Lear on a par with the twentieth century's greatest, including Olivier's. But the excellence of this version results not just from one bravura performance, but from an intelligently conceived approach to the play, seamlessly executed by a competent, superbly chosen cast. Of innovative productions there is no end, but what a rarity, and what a joy, when innovation comes across as deeply authentic, rooted in the text and the humanity of the play, as if the new take had always been there, concealed in the text, waiting for centuries to be discovered. One can argue whether Lear should be presented as a "psychological" drama of broken family relationships, and I have mixed feelings about the approach; but if, as our leading Shakespeare critic maintains, Shakespeare "invented" our understanding of human nature, then surely this approach should be tried. And it works to perfection here. Goneril and Regan, the "bad daughters," evolve into monsters of pure evil, but along the way we see, via some remarkable facial expressions that play particularly well on the small screen, flashes of the agonizing pain and hurt that their overbearing father has inflicted on them. This is true also of Cordelia, the "good" daughter; all these daughters are visibly tormented in the presence of their father, though Cordelia overcomes her past through love and forgiveness. What keeps this from being the greatest Lear on video is that the text is heavily abridged. Those who know the play will have trouble escaping the occasional feeling that they are trapped in a "60 Second Lear" from Tom Stoppard or the Reduced Shakespeare Company. The greatest of Shakespeare's lines remain, but how much greater they are when they emerge from his larger linguistic context. At points the cutting even confuses the plot. One gets no hint from this version that the "bedlam" Edgar is only feigning madness; for awhile you would think he's actually gone bonkers.
67 people found this helpful

Lee Roy EddieReviewed in the United States on July 6, 2012
5.0 out of 5 stars
Excellent!
Verified purchase
Since I am not an expert but a student of the works of Shakespeare I will only address the subject of the fool. The allowed fool and King Lear's dialouge shows the difference between the "Allowed Fool" and a "Natural Fool" very well. For example-I recently had the opportunity to see a theater production of "King Lear" at a Minnesota University and King Lear's fool was depicted as deformed and had a serious stutter which in Shakespeare's era would indicate a "Natural Fool" and the banter between Lear and his fool was itself "deformed." Back in Elizabethan times people enjoyed "bear baiting, amusement at the expense of the dissabled which included using the developmentally dissabled as "Natural Fools," while the deaf and the blind who were not treated well at all and were used as entertainement. An "Allowed Fool" was usually an advisor to the King and was schooled in latin and Greek as well as the sciences which is why this addaptation is one of my top "King Lear" productions- . The fool is brilliant and quick. To sum up my stance I must write that the Fool is crucial to King Lear as a character and also as his advisor which this production demonstrates.
8 people found this helpful

John A Lee IIIReviewed in the United States on May 22, 2005
5.0 out of 5 stars
A Fool and His Kingdom are Parted
Verified purchase
Though I love the plays of William Shakespeare, I have never been a fan of King Lear. Watching has always been too depressing for me. Even when it is well acted, it leaves me feeling progressively worse. This production has made me revise my opinion.

The story of King Lear is the story of an aging king. He decides to go into a sort of retirement and divide his kingdom between his three daughers. The catch is that first, he wants each of the girls to explain how much she loves him. The two older daughters are fullsome in their praise even if their motives are purely mercenary. The youngest daughter, however is different. SHe refuses to play the game. She is genuine in her love but refuses to engage in the one upmanship. As a result, her infuriated father disinherits her completely. All that follows results from this first act. The king becomes a figure of contempt and the older daughters squabble for a bigger and bigger prize. The result is a civil war and tragedy for all.

As in of of the Bard's plays, there are numerous substories. Most of them here invo;ve backstabbing and the alienation of friends and family. King Lear acts in anything but a regal fashion and his actions get progressively worse. You want to storm out onto the stage and beat some sense into him.

The title character is played here in a very refreshing and energetic fashion. This only serves to accentuate the slide into senility and childish behavior. The other roles are well done too.

This is a Masterpiece Theater adaptation for television. It does not have all of the lavish production values of a Kenneth Branagh film but that in no way detracts from a first class performance.

This Lear is a must for Shakespeare fans and is quite good enough for a general audience as well.
38 people found this helpful

Amazon-PurchaserReviewed in the United States on December 9, 2019
1.0 out of 5 stars
Nah ...
Verified purchase
2 minutes = waist of time.
See all reviews
Back to top
Get to Know Us
Make Money with Us
Amazon Payment Products
Let Us Help You
EnglishChoose a language for shopping. United StatesChoose a country/region for shopping.
© 1996-2022, Amazon.com, Inc. or its affiliates