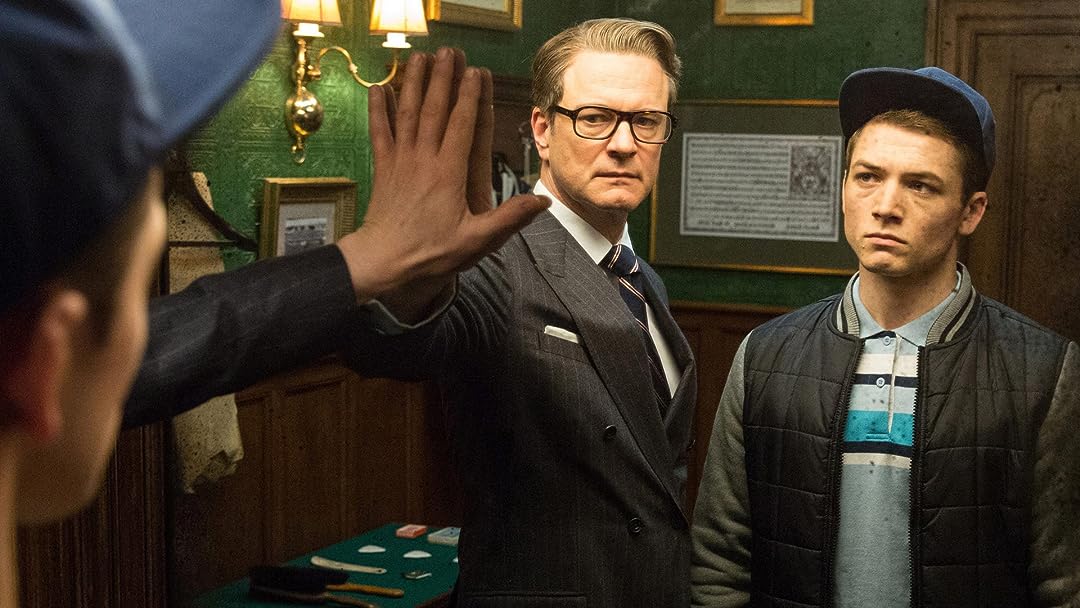 (30,449)7.72 h 8 min2015X-RayR
A phenomenal cast, including Colin Firth, Samuel L. Jackson and Michael Caine, lead this action-packed spy-thriller about a street kid recruited into a group of covert agents.

KimReviewed in the United States on June 17, 2018
1.0 out of 5 stars
Terrible movie that I regret watching
Verified purchase
What a terrible, off-putting movie! Based on the trailer we expected a light-hearted take on traditional spy tropes. Instead the movie is nasty on a variety of levels and full of misogyny, with flat 2d characters that were hard to care about. Don't watch unless you only want meaningless action scenes with extreme over the top violence.
38 people found this helpful

Jeffrie S. BondReviewed in the United States on October 17, 2017
5.0 out of 5 stars
It will, ahem, BLOW YOUR MIND!!
Verified purchase
I loved this movie!! I was surprised I liked it as much as I did, but with this stellar cast it could hardly lose. Think of if Quentin Tarentino did a James Bond film, although there were more plot twists here than in a typical Bond film. Yes, it's an action film, shoot 'em up, blow 'em up, and kick there a-- into next week---or worse!! But it's FUN, and that is what the director was trying to accomplish. Accomplish he did, in our view, and we can't wait to see the sequel. All the main stars---Colin Firth, Michael Caine, Samuel L. Jackson---brilliant, as always. But relative unknown, newcomers Taron Egerton and Sofia Boutella also made the picture, along with other, strong supporting cast. The comedic effects throughout are well-placed, and---I won't spoil it for you---a major scene toward the end had me laughing out loud. It will have you going: OMG!! It's a great ride!!
37 people found this helpful

Diana PReviewed in the United States on September 16, 2018
1.0 out of 5 stars
Biggest waste of my time and $3.99
Verified purchase
How this rated 4 out of 5 stars is beyond me. This was the biggest waste of $3.99 and 2+ hours of my life I will never get back. I kept hoping it would improve but nope, just wasted my time. Absolutely no plot. Just non stop mayhem and chaos. I try not to leave totally negative reviews, so I thought long and hard to find some redeeming quality to this movie. The only positive I could come up with was the little pug was adorable.
28 people found this helpful

Kristen L. UthusReviewed in the United States on August 16, 2017
5.0 out of 5 stars
A perfect combination of charming and handsome good guys
Verified purchase
I have watched this movie at least a dozen times at this point. It is beloved by man, woman, and child (had to forward past a couple little parts near the end, no pun intended) in our family. A perfect combination of charming and handsome good guys, a fantastically crazy bad guy, and, in my opinion, the best fight scenes on film. There is a scene so ridiculously violent that you would think, "how can I watch this?" but it's just...so...AMAZING that you look forward to it every time! Does that make me a bad person? And there are so many hilarious, almost spoof-like, bits that I just have to applaud the writers and director. I can't wait to see if the sequel measures. up.
27 people found this helpful

CHReviewed in the United States on January 30, 2018
5.0 out of 5 stars
Great movie!
Verified purchase
Surprisingly entertaining movie for everyone in my family (all adults). It appeased those of us who like more mystery and suspense and those who like action films. My mother and I are not big fans of blood, but I thought this was not over the top at all. It almost seemed like a video game, which makes sense since it is based on a comic book! We all greatly enjoyed it and thought it was a fun and quirky movie. The only thing is that I would have liked the villain to not have a lisp as they seemed to use it to perpetuate negative stereotypes associated with speech impediments, though I know Samuel L Jackson's intentions were good (there is an article about why he gave his character a stutter). Besides that minor issue, I really enjoyed the movie and so did my family. Would recommend and watch again!
15 people found this helpful

Jay C. Dillon Jr.Reviewed in the United States on October 31, 2019
2.0 out of 5 stars
Smarmy
Verified purchase
"Smarmy!" I found this movie literally unwatchable. I'm no moviemaker, and do not know how I would have improved it, however. Probably "for what it is," it's about average. I just could not force myself to plow thru it. For me, it was not "believable" enough, it just could not grip my attention enough. I would give a better review but I just cannot. Everything about this movie screams out from each scene, "Hey, look at me, I'm a major CGI scene !" Clearly there is little to nothing real to watch here. I don't envy the actors at all. I think in a movie I like, part of what I enjoy is seeing how the actors enjoy making the film. I don't get that from this film. Sorry. Good luck. Try making a boring movie next time, just for practice, that might give you some ideas. I really don't know.

DJ CReviewed in the United States on September 3, 2017
1.0 out of 5 stars
Pure crap. Even Samuel L
Verified purchase
Junk. If first a person shooter with lots of exploding heads & gratuitous gore is your idea of a plot, then this movie is for you. Pure crap. Even Samuel L. Jackson with a lisp couldn't keep this ship from sinking.
23 people found this helpful
See all reviews
Back to top
Get to Know Us
Make Money with Us
Amazon Payment Products
Let Us Help You
EnglishChoose a language for shopping. United StatesChoose a country/region for shopping.
© 1996-2021, Amazon.com, Inc. or its affiliates