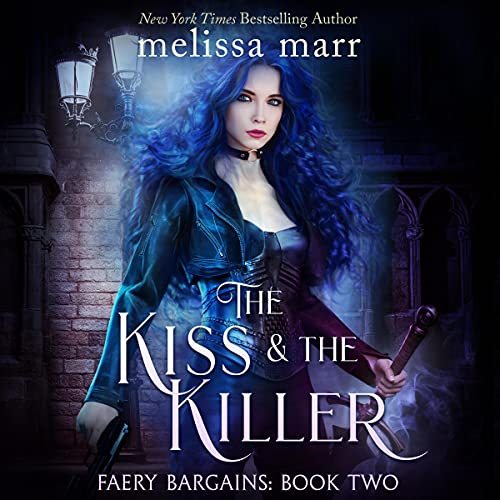 List Price: $12.60
You Save: $1.57 (12%)
By completing your purchase, you agree to Audible’s Conditions Of Use
Sold and delivered by Audible, an Amazon company
Share

4.4 out of 5 stars
4.4 out of 5
139 global ratings
How are ratings calculated?
To calculate the overall star rating and percentage breakdown by star, we don’t use a simple average. Instead, our system considers things like how recent a review is and if the reviewer bought the item on Amazon. It also analyzes reviews to verify trustworthiness.
Top reviews

JW USA
3.0 out of 5 stars Good
Reviewed in the United States on April 29, 2021
Verified Purchase
I like the characters but there a huge jumps in the plot that make me feel like I missed a book.
Read more
4 people found this helpful
Helpful
Report abuse

Kindle Customer
2.0 out of 5 stars DNF
Reviewed in the United States on July 23, 2021
Verified Purchase
Gave up 47 pages in. The romantic gushing is too over the top. We are 20% into the book and more time is spent on the romance than the plot. I have whiplash because she is suddenly ok with the bargain that made her his fiance and she's all over him, when at the end of book 1, she wasn't happy about it. They're acting like teenagers which would be cute if it wasn't every single page.
Read more
One person found this helpful
Helpful
Report abuse

CindyV
5.0 out of 5 stars Loved it!
Reviewed in the United States on April 17, 2021
Verified Purchase
The first in the series grabbed me, so this one was pre-ordered, and I dove in as soon as it hit my kindle. The characters, their relationships, dialog, and action all pulled me right into the thick things – it was like an awesome movie in my mind. I look forward to the next installation in the draugr/faery bargain world, which will definitely be another pre-order.
Read more
One person found this helpful
Helpful
Report abuse

Greybear's mom
4.0 out of 5 stars Satisfying
Reviewed in the United States on August 2, 2021
Verified Purchase
I am really enjoying this series and these characters. Looking forward to the next release. !ight have to reread the shorts on between
Read more
Helpful
Report abuse

Andrea
5.0 out of 5 stars This series isgreat
Reviewed in the United States on August 10, 2021
Verified Purchase
This swries is great and different in ways I cannot explain. If you love the fae, witches, and vampire like creatures, then this book is for you.
Read more
Helpful
Report abuse

Jen Kyle
5.0 out of 5 stars Excitement
Reviewed in the United States on May 17, 2021
Verified Purchase
This was another great story in this series. I enjoyed reading. The development was awesome. This is a great series.
Read more
One person found this helpful
Helpful
Report abuse

Amazon Customer
5.0 out of 5 stars Must read
Reviewed in the United States on May 29, 2021
Verified Purchase
It was absolutely captivating. The development of the characters from the first story to this one was incredible. We learn more about the relationships between them and more of the past unveils itself in unpredictable ways. Melissa Marr always does an amazing job drawing us in and rewarding us with the most beautiful twists and turns.
Read more
One person found this helpful
Helpful
Report abuse

DKW
4.0 out of 5 stars A fun fantastic read!
Reviewed in the United States on May 26, 2021
Thoroughly enjoyed.
Between fighting monsters and intrigue, Genevieve's love develops and grows as she recognizes both the love of her life and the love of the family she's created with blood relatives and friends.
I was given a free e-copy for my honest review and help with final copy edits.

----
I was a bit exhausted when I read and to be honest feel like I need to reread in order to give a more complete fair review. I'm a big Melissa Marr fan and have come to really appreciate and enjoy her writing.

I save 5 stars for books that stand the test of time, not for right after a first read.
3 star is my go to lazy rating for any book I read that was entertaining enough and well written enough. I might go back and upgrade.
Melissa Marr's books pretty much now get an automatic 4 from me and some I've gone back to give a 5 to.
Read more
One person found this helpful
Helpful
Report abuse
See all reviews

Mina
4.0 out of 5 stars Gen‘s second adventure is a way better book than the prequel
Reviewed in Germany on June 27, 2021
Verified Purchase
Note: to really get into the story, I recommend to not only read book one prior to starting „The Kiss and the Killer“, but also the novella taking place between books one and two. There is stuff happening there that has impact on this plot.

Review
Genevieve Crow‘s life has changed a lot since when we started following her in „The Wicked and the Dead“. She is engaged to Eli (although trying hard not to accidentally do anything to go through with the whole marriage thing), has acknowledged that the queen of the draugr is her ancestor (and ally) and has made her round of friends and self-created family even bigger. But the mysterious threat that somehow is connected to members of SAFARI isn’t eliminated. Someone is killing draugr and leaving them for Gen to find and wants her patrol for the police for unknown, but probably sinister and nefarious reasons.
The case at hand is interesting, but it’s not the focus of the plot. That is actually the development of Gen and Eli‘s relationship. I like the relationship, but I have to admit that I would have preferred more mystery solving and getting more clues on the overall picture. But I appreciated that the infodump book one suffered so severely from, is not present here. Neither are the annoying repetitions that spoiled so much of the fun for me in the first installment. That makes for much improved writing and subsequently I liked the book a lot better.
There are developments that made me interested in what comes next for Gen and her gang, so I’ll be there for the next book of the series.
Read more
Report abuse

Amazon Customer
5.0 out of 5 stars much enjoyable
Reviewed in Australia on October 24, 2021
Verified Purchase
I really enjoyed this and can’t wait for the next one. I hope to explore a bit more of Elphame.
Read more
Report abuse
See all reviews
Back to top
Get to Know Us
Make Money with Us
Amazon Payment Products
Let Us Help You
EnglishChoose a language for shopping. United StatesChoose a country/region for shopping.
© 1996-2021, Amazon.com, Inc. or its affiliates