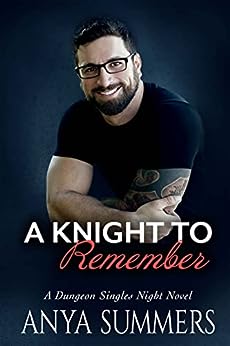 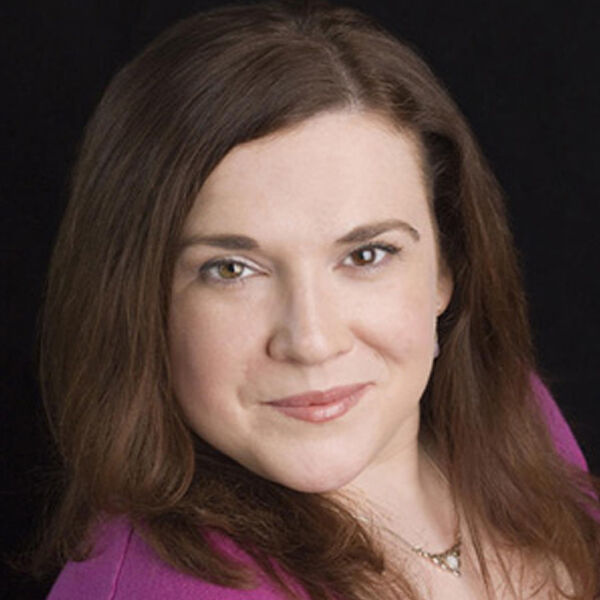 by Anya Summers (Author) Format: Kindle Edition
Book 6 of 8: Dungeon Singles Night
See all formats and editions
Sorry, there was a problem loading this page. Try again.
Peyton can’t believe she let her friends talk her into going on a date—to a sex club, no less. And dressed up as Lady Guinevere. Peyton doesn’t believe in love. In fact, life has convinced her that romance is nothing but a fairy tale. As she expects, the date goes every kind of wrong and the jerk she’s with can’t seem to take no for an answer. Peyton is in trouble, serious trouble, until a gorgeous knight in shining armor—literally, a knight—comes to her rescue.

Colin likes to play. To seduce. To give women pleasure. But that’s all he’s interested in. Once upon a time he believed in true love and happily-ever-after. That was until his fiancée left him standing at the altar with a huge diamond ring and a broken heart. When he sees Peyton is in trouble, chivalry takes over. Once she’s safe, he is shocked to realize he needs more than her gratitude, he needs her. In his bed. In his life. His.

The only way to break down the walls around Peyton’s heart is to touch her. Tame her. Demand her complete and total surrender. Give her…A Knight to Remember.
Read more
Previous page
Next page
Next 2 for you in this series See full series
Total Price: $9.98
Books In This Series (8 Books)
Complete Series
Dungeon Singles Night
Kindle Edition
Page 1 of 1Start OverPage 1 of 1
Previous page
Next page

Kindle Customer
5.0 out of 5 stars Colin and Payton
Reviewed in the United States on March 20, 2022
Verified Purchase
A magnificent love story that all should read. Was so beautiful the way Colin tried to teach Peyton that there is such a thing as love that she was always told was a fairytale
Read more
Helpful
Report abuse

DHH
5.0 out of 5 stars Hardy
Reviewed in the United States on January 30, 2022
Verified Purchase
What we survive makes us stronger, but a misunderstanding can break us. When truth comes through and our doubts dissolve we open ourselves to love. What love solved.
Read more
Helpful
Report abuse

Peaches95
5.0 out of 5 stars Wow, a must read new book in this great series
Reviewed in the United States on January 31, 2022
Verified Purchase
I loved this book start to finish. This entire series, as always by this fabulous author, is a must read. It takes us on a journey of new beginnings of two guarded, hurt people & the evolution of their relationship. There are ups & downs and interesting revelations between the two. Peyton emerged as a strong, independent lady, despite the trials of her upbringing. It was a joy to read the characters development, strength & interactions exhibited so well. Hard to write without spoilers. I hate the reviews that ruin the story for me, there are several reviewers who do that & I’ve learned not to read them. The synopsis outlines the story, I just like to share my pleasure if I loved the story & what did it for me, aside from anything written
by Anya Summer
Read more
Helpful
Report abuse

Mrs Cheryl Shearer
5.0 out of 5 stars Romantic and kinky too
Reviewed in the United States on February 27, 2022
Verified Purchase
Loved this story of “Guinevere and Lancelot”, aka Peyton and Colin. Great backstories that informed the present so well that I was hooked from the start. Love this series - hope there are more to come.
Read more
2 people found this helpful
Helpful
Report abuse

Kindle Customer
5.0 out of 5 stars A Beautiful Tale of A Great Love Out Of Ashes.
Reviewed in the United States on February 8, 2022
Verified Purchase
The story of Colin Ryan's meeting of his Ryan's click in Peyton Elliot was so unexpected. Colin saves Peyton from nearly being raped at Eros by a blind date her friend sent her on. Both of them are damaged in different ways, to find away to heal each other. What an extraordinary book! I love Anya Summers books. Can't wait for the next one.
Read more
Helpful
Report abuse

Dee
5.0 out of 5 stars Enjoyable
Reviewed in the United States on February 9, 2022
Verified Purchase
A very enjoyable story with a steamy storyline and well crafted scenes. I could feel the magic of their connection. I loved the way the author crafted the scenes. I enjoyed reading this book.

I requested a copy of this book and am voluntarily leaving a review.
Read more
Helpful
Report abuse

Chrisette
5.0 out of 5 stars A chef for the sculptor
Reviewed in the United States on March 28, 2022
Verified Purchase
Colin meets Peyton when he rescues her from a disastrous date. She doesn't believe in love or fairy tales. Will Colin be able to convince her his love is real ?
Read more
Helpful
Report abuse

Redrabbitt
5.0 out of 5 stars FOLLOW YOUR HEART
Reviewed in the United States on January 25, 2022
A great addition to this series is a spinoff from The Manor series, where we meet Gabriel Ryan and his BDSM club, The Eros Pit in Denver, Colorado. The story will begin with two people on a blind date that goes bad quickly. When Colin watches a couple, he follows them, overhearing an altercation, and steps in, preventing rape from happening at the club. The guy will be escorted out, and the girl, Peyton Elliot, will be escorted home by Colin Ryan. Was this fate that she dresses as Lady Guinevere and as the Knight Lancelot to this Medieval costume event?

The story's plot will have Peyton finally capitulating to her best friend, Emma, to go on a blind date with one of her clients, Mark Kripke. What was supposed to be dinner and to a club ends up having Mark skipping dinner out and taking her to Eternal Eros, putting the moves on Peyton as if she owes him. Peyton is tired, hungry, and over this jerk and goes towards the restrooms, where he follows her, then she is grabbed and dragged into a room where her date assumes she owes him sex. It will be a knight in shining armor; literally, that rescues her and then takes her back to her home.

Colin Ryan doesn't do relationships, not since he was left standing at the altar on his wedding day ten years ago. He has hardened his heart to love and romance but enjoys living his dominant lifestyle and topping a sub at his brother's club. Peyton Elliot doesn't believe in love and romance, having been raised by a mother who reminded her constantly that she was unwanted, love didn't exist, and she believes it to be true.

Peyton is emotional, breaking down after the near-rape on her date, and Colin encourages her to consider filing charges. She will need to make a statement to help protect the club. Peyton didn't expect to be moved by Colin, where she kissed him. From the rescue, taking her home, emotions on overdrive, and two people who felt something when they kissed. It becomes dinners out, flowers sent, and expands to a relationship. Colin makes it his duty to prove to Peyton that love and romance are real, but he is also developing feelings for her in the process.

"She cupped his chin, drawing his mouth to hers, unable to speak what was in her soul. Because she wanted the fairytale with her knight in shining armor."

I loved the chemistry between Colin and Peyton. She doesn't see him as a wealthy man and dollar signs; she sees him as someone she is developing feelings for. In reality, she has made a good living with a name in the art world, and her sculptures are prized, and she has many on commission to be made. Colin can't believe the childhood she had, her crass and careless mother, and how talented and down-to-earth Peyton is. In trying to prove that love and romance are real, he is caught in the web he has helped spin. But what happens when doubts and insecurities play havoc with his fears? Will his anger and accusations destroy their future?

I'll admit, my heart sank, and I felt his hate-filled vile words slay Peyton. I was in tears and so shocked. I thought they were the sweetest couple. How, how could he do that? Will the words of a mutual friend wake him up before it is too late?

"It hit Peyton just how far she had come. For a girl who had grown up without a family or love, she was now surrounded by both."

As the poet Alexander Pope stated in his poem, An Essay on Criticism, "To err is human; to forgive, divine."
Read more
3 people found this helpful
Helpful
Report abuse
See all reviews

Alison En Drewyth
5.0 out of 5 stars Hot 🔥🔥🔥
Reviewed in the United Kingdom on January 28, 2022
Verified Purchase
Wow just wow, another fantastic read.. towels will be needed for the sex scene are off the chart. Story is great another Ryan clicked... Next please 💗💗💗🔥🔥🔥
Read more
Report abuse