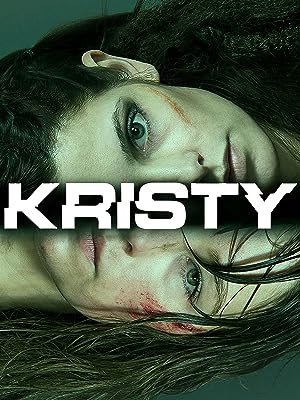 (90)1 h 25 min201518+
A young female college student finds herself trapped on her deserted campus as she is stalked by a group of deadly intruders.

Barbara GarabedianReviewed in the United States on August 9, 2021
5.0 out of 5 stars
I Can't Get Enough Watching
Verified purchase
This One Horror I For Sure Don't Understand Is Sold Any More Everywhere on U.S.A DVD's or Blu-Ray For Being So Damn Underrated I Forever Keep Watching Too Many Fright Scenes Hunting Down A Girl They Think Is Kristy & Seeing The Smoking Hot Ashley Greene As A Baddy😀😀😀

Just A Little Weird Not Having A Full Story Who Really Is Kristy Thinking Justine Played By A Cutie Haley Bennett Is The One Which It Isn't...But Do Give It A B+⭐️⭐️⭐️⭐️⭐️

M. DavisReviewed in the United States on October 18, 2018
5.0 out of 5 stars
Awesome Movie
Verified purchase
Great movie and is just like advertised. It's in English with German subtitles that you can turn off of course. Fortunately I understand German or the title menu may have been tricky.
One person found this helpful

titania86Reviewed in the United States on January 24, 2016
5.0 out of 5 stars
A home invasion film with a few twists to make it shine
* spoilers *

Justine is a hardworking college student. She has worked hard for everything she has and continues to do work study washing dishes to earn money, achieve a high GPA to keep her scholarship, and try to have a relatively normal life in the meantime. Thanksgiving rolls around and she can't afford a plane ticket to visit her parents, so she opts to stay at her college basically alone rather than vacation with rich friends who have everything handed to them. She borrows a friend's BMW to pick up some ice cream and inadvertently insults a women in front of her by offering to buy her sunglasses for someone who wanted them but perhaps couldn't afford them. That woman then storms off, tries to crash into her on the road, and brings a gang of masked intruders to wreak havoc on her campus trying to kill her. Can Justine keep it together and fight back or escape?

The beginning of the film establishes both the heroine and the villain. Our heroine is Justine, a super hardworking college student. Although she is surrounded by the privileged and rich (including her boyfriend and best friend) at an Ivy League level school, she is not rich and has to work hard to achieve and keep everything she has. Her scholarship could be taken away at one bad grade and her work study is mandatory for her to be able to afford living at the school. When she isn't studying, in class, or working, she swims on the swim team and spends time with her boyfriend. Justine is the underdog, someone who doesn't quite belong but who we want to succeed because she deserves it. During this time in the film, the colors are bright and some unexpected camera angles are used. Her life is vibrant and full even though it's busy. I couldn't help but like her. She wasn't beaten down by her misfortunes even though it isn't ideal. It's ironic that her financial situation left her by herself at the school for Thanksgiving.

The villains are part of a faceless online collective called the Fold that hate Kristy. Kristy isn't any one girl, but she has everything; she's blessed, a follower of Christ, pretty, weak, and pure. They find girls like this, hunt her, torture her, kill her, carve a K on her face, and film the process for others to watch and delight in. To them, killing Kristy is the closest they can get to killing god. These faceless people are all over the US, killing innocent girls and leaving their trademark K. They could be anyone. This group taps into the audience's fear of the dark side of the internet, Satanists, the unknown, and the invasion of safe spaces. The university is shown to be secure with guards, but a group of 4 pretty easily dispatches all of it. The latter half of the film (and the first 10 minutes when the Fold is established) is monochromatic with red being the only vibrant color shown, contrasting the earlier establishment of Justine's normal life. The only character whose face is shown voluntarily and has some sort of character establishment is Violet (screen name Drkviolet801). She never hides her face and she's the one who chooses Justine as their next Kristy.

They bump into each other at a convenience store by chance. Violet sees Justine's borrowed car, her innocent demeanor, and her face as prime Kristy material. It's ironic that Justine doesn't even have any of the things the Fold resents except for being pretty. She has worked hard for everything she has. Justine and Violet are foils for each other and the main conflict is ultimately between these two women. Justine could have been Violet and vice versa. Justine could have been bitter about her lot in life, took solace in on an online collective set upon punishing the people who have what she doesn't have, and resolved to create chaos instead of her current state of being. Violet could have been Justine if she worked hard to overcome her obstacles instead of simply punishing individuals for having more than her. Violet also symbolizes all of Justine's anger and bitterness at the people around her, but she eventually overcomes it and moves on.

The home invasion aspects are well done and suspenseful. If you've ever seen a film like this, the tropes are pretty standard and it's usually pretty clear where it's going to go, but Kristy was different. Both sides had new tricks up their sleeves. At one point, Justine calls 911 and Violet answers, gleaning her position in the process and torturing her mentally further. Justine is physically fit through her swimming and uses her knowledge of the university due to her various jobs and responsibilities to evade and trick her attackers. All of the things she did were established in her intro, which shows that the writers know the horror audience. We hate when people are conveniently good at things for no reason, so they showed why she handles herself well underwater, has stamina, and knows the university layout well. Justine does fall into a few of the final girl pitfalls like crashing a car to kill one of the attackers instead of simply driving away, but this can easily be explained by her heightened emotional state. People don't think clearly very well under duress. She did an admirable job through most of the film, but mistakes were made. Ultimately, even though some people tried to come to her aid, she dispatched all of the assailants on her own through her own efforts, her own ingenuity, and her own drive to survive. At the end, she says my name is Kristy because of how the event changed her and how she came to change her own fate. This figure of scorn to a whole organization hunted them in return and won.

Kristy is mostly a typical home invasion film at a college with a few things like characters, cinematography, a small injection of cyber horror, and a few twists to make it stand out. I enjoyed the film, especially the main conflict between Violet and Justine. Both Ashley Greene and Haley Bennett carried the film and provided contrasting, yet compelling characters. The cinematography makes the two parts of the film as different as the two female leads. I enjoyed how her beating this small group of people led to a huge breakthroughs in arresting and dismantling the Fold, but the after credits scene shows that not all of them are caught as they target their next victim. I hope a sequel isn't made because it feels right as a stand alone, but I would probably watch it if it were made.
2 people found this helpful

The Movie GuyReviewed in the United States on September 2, 2016
4.0 out of 5 stars
PRETTY HAIR, PRETTY CAR, PRETTY, PURE, AND BLESSED
Kristy is for those who like a good anarchy film. Oh not the candy-ass "The Purge" type anarchy but the rebellion against conformity anarchy as presented by Black Flag's unsettling "Family Man." "Kristy" is a generic name for a "pretty, pure, and blessed" white bread girl who believes in God. In the film they claim, "Kill Kristy and you kill God" apparently for people who saw "God's Not Dead."

After they quickly establish the cult anarchist group, the delve into establishing the character of Justin Wills (Haley Bennett). She is smart and athletic excelling in science. They build her character showing us stuff that smartly plays back into the film. During Thanksgiving break, she is left alone at college in Madison Hall where the ballasts are going bad on all the fluorescent lights. Her rich girlfriend leaves her "The Bimmer" to drive. While out picking up some Ben and Jerry's comfort food, she is mistaken for a "Kristy" i.e. "pretty hair, pretty car" and becomes the target in what becomes a cat and mouse film. Unabashedly conforming to the movie formula, the group finds out Justin is no "Kristy."

Decent film, if you like that kind of cat and mouse stuff. Opens itself up for an infinite amount of interesting sequels.

Parental Guide: F-bomb. No sex or nudity.
One person found this helpful

HorsesBooksGuitars00Reviewed in the United States on October 11, 2018
4.0 out of 5 stars
Where is the USA format dvd??
Love this movie, but we need a USA format dvd.
7 people found this helpful

TJ HillReviewed in the United States on October 27, 2018
5.0 out of 5 stars
Bad ass movie super good ,
I love this so movie was so good I could watch this movie over and over I wish this movie would come too DVD I give this movie more than 5 stars girl in the movie kick ass I love a bad ass girl in movies having fight for their lives and final girl best movie never

jhon doeReviewed in the United States on November 11, 2018
5.0 out of 5 stars
need us version
Only on N F H B as a redhead is the hottest girl ever hope it never gets bumped from the line up but need paid version to keep forever and ever...
One person found this helpful