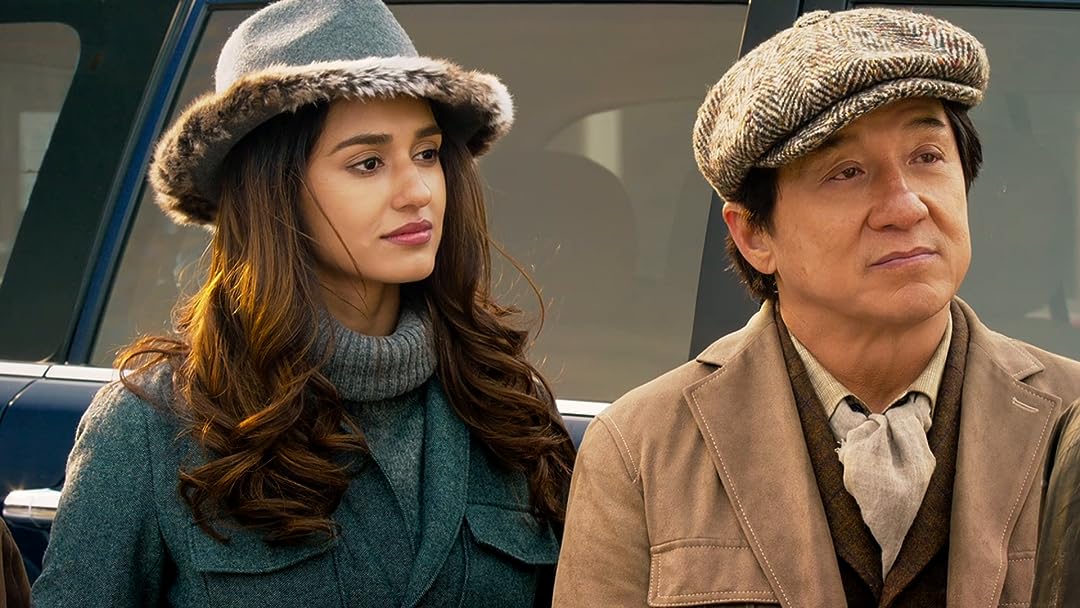 (1,020)
1 h 47 min2017X-Ray13+
Jack, a world-renowned archaeology professor, and his team are on a grand quest to locate a lost ancient Indian treasure when they are ambushed by a team of mercenaries and left for dead. Using his vast knowledge of history and kung fu, Jack leads his team on a race around the world to beat the mercenaries to the treasure and save an ancient culture.

C. JackReviewed in the United States on April 17, 2021
1.0 out of 5 stars
Lots of wasted celluloid...Poorly put together script...
Verified purchase
There was sooooo much wrong with this movie that I just cannot regurgitate it all here. There is so many pointless and senseless fighting scenes, it felt like filler. Just one example of this: if you see a bunch of wolves checking you out, it is the proper time to demonstrate your martial arts technique in front of them so they won't attack you, right? Nope...senseless and pointless. We won't even talk about HOW LONG that scene was.

And example of another stupid scene: if you've never free dived, would you ever think you could hold your breath for 8 or 9 minutes in ice cold water, no matter how good of shape you are? Right...it does not correlate. There were just too many things like this that made this movie one I had my hand on the fast forward button. Finally, a bollywood finale??? I'm done here...

LadyDonnaReviewed in the United States on May 23, 2021
3.0 out of 5 stars
Chinese language Kung Fu movie!
Verified purchase
We disliked that Amazon did not put in the description that the majority of the movie was in Chinese! It took forever for us to figure out how to turn on the subtitles so we could read what they were saying! No where did it say the movie was in Chinese! The movie was ok, but the ending could have been done differently without the Broadway style dancing at the end!
13 people found this helpful

J. GrantReviewed in the United States on February 25, 2021
1.0 out of 5 stars
Don't waste your time or money.
Verified purchase
Railroad Tigers (also with Jackie Chan) was so good I decided to give this a try. What a waste. You are better off re-watching RT for the 8th time. Spoiler alert: the movie ends with the entire cast, including the evil villain, finding a massive gold statute (Buddhist or Hindu) and miraculously deciding to reject their past evil behavior and then joining in a celebratory Bollywood-style cast-of-thousands dance scene. Don't forget the cute CGI pet lion that happens to be in the backseat of car that Jackie drives in the car-chase scene. I'm surprised the lion wasn't added to the dance scene.

Are you kidding? This is a movie that might keep an 8-year-old die-hard Jackie Chan fan entertained. Otherwise, don't waste your time. This excessively formulaic movie exists for no reason other than to satisfy some government bureaucrats who thought a joint Chinese/Indian movie project would advance some political/diplomatic interest. As an action movie, comedy or martial arts movie, however, it is a sad failure.

Linda LeeReviewed in the United States on January 30, 2022
5.0 out of 5 stars
China meets Bollywood
Verified purchase
This is my all-time favorite Jacky Chan movie now and my new favorite action movie.
I love it when an action movie is clean and entertaining from beginning to end.
No blood, no gore, no one dies. Only one bad word used about three times.
Terrific story with plot twists and superb acting. Terrific fight scenes throughout in different locals, and a car chase, too.
"Little Jackie" kept me laughing.
Languages were English and Chinese with built-in closed caption. I didn't hear any Hindi.
Very colorful movie. I was thoroughly entertained.

Tree TruffleReviewed in the United States on February 9, 2022
5.0 out of 5 stars
This was so dang cute. Been a moment since watching a Jackie Chan film.
Verified purchase
Super precious, super adorable. wow. the cultural let's come togetherness. ...My only feedback is that Jackie Chan could embody a dimension of the super woo Dao-Buddhist wizard sage martial artist. Ugh, there were some golden moments where I thought it was going to come out.

Super cute movie tho. Even more adorable when Jack talked about the 27 nakshatras. Yeah, that's another critique. He's a great anthropologist and doesn't go into describing the nakshatras versus the the actual signs. c'mon now. hahahahaha, wtf am I supposed to be saying other than how freaking adorable this flick was. Ah and very appropriate that the antagonist was Aries. That really fit his whole persona. I would've lost it if they said which part of Aries he was.

anyhow, cute flick. It's a Jackie Chan movie. The title is Kung Fu Yoga. Great cheesy, cute, silly and thrilling movie. All the demographics should love.
5 people found this helpful

Russell SReviewed in the United States on October 31, 2021
4.0 out of 5 stars
Purely for entertainment
Verified purchase
Boy, oh boy do I love Jackie Chan. He has such a great sense of humor, his movies are never over the top hysterical nor are they understated. You know what you are getting with a Jackie Chan film. This one is a cross section of Chinese and Indian. It gives nods to both cultures. This is a treasure hunt film. We also have the big bad guy who is trying to steal the discovery and become rich. THis is such an attractive cast and the acting is very good, too. There is of course lots of action so take heart, there are fight scenes. This entertained me all the way through and did not shake my attention at all. To Jackie and the entire cast, including the lion, thank you for the smiles.
5 people found this helpful

Bob SmithReviewed in the United States on July 26, 2021
3.0 out of 5 stars
Very enjoyable, wish I had more multi-language access.
Verified purchase
Very good visually. Well written and filmed. Dialog was hard to follow at times because I couldn't engage translation. Funny, and high quality work. For the price, it was good. With more English access, it would have been great.
6 people found this helpful

Phil Boyd StudgeReviewed in the United States on November 1, 2019
2.0 out of 5 stars
Not intended for a viewer like me - its ok. Two & 1/2 Stars
Verified purchase
Better suited for pre-teens, 'tweens', and low ambition teens.
Needed more Jackie - and his humor.
They 'hung a lantern' on Indiana Jones. Failed to acknowledge Speilberg.
The movie panders to the powers that be...
Too much 'preaching from a soap box'.
Probably will make enough that he can afford a writing staff with depth.
Will not get him closer to his stated goal of actor rather than stuntman or clown.
10 people found this helpful
See all reviews
Back to top
Get to Know Us
Make Money with Us
Amazon Payment Products
Let Us Help You
EnglishChoose a language for shopping. United StatesChoose a country/region for shopping.
© 1996-2022, Amazon.com, Inc. or its affiliates