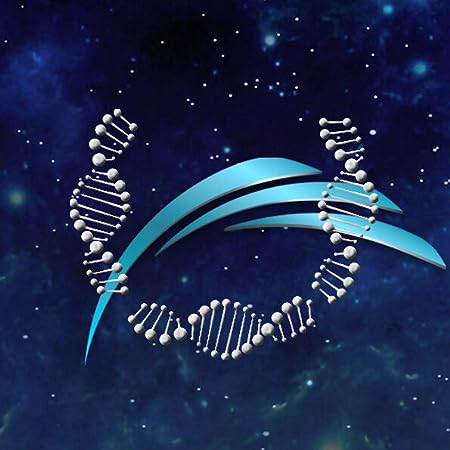 L.L. Richman has a diverse career background, having spent more than a decade working in radiation physics, and twice that as a director of film and video. Richman is also a pilot and avid photographer.

The Biogenesis series mixes the biophysics of chirality and the intricacies of high-energy radiation physics with the pulse-pounding action and intrigue of technothrillers.

For more information on upcoming releases or the latest news on space science and technology, subscribe to the newsletter at www.biogenesiswar.com, or follow on Facebook at facebook.com/LLRichman. 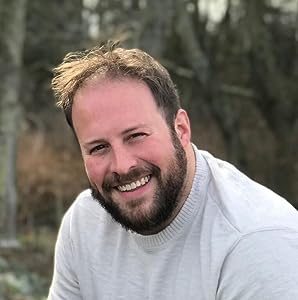 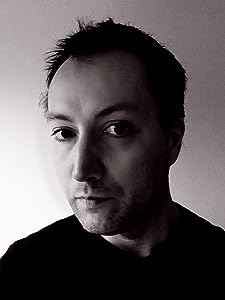 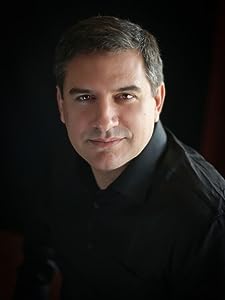 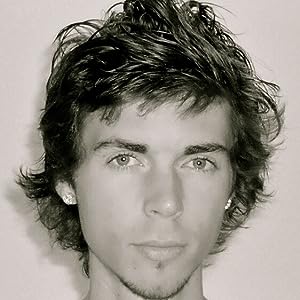 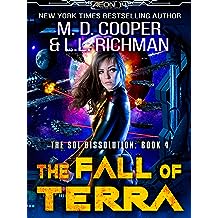 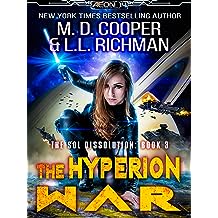 The Hyperion War - An Epic Military Space Opera Adventure (Aeon 14 - The Sol Dissolution Book 3) Jul 30, 2020
by M. D. Cooper, Lisa Richman, L.L. Richman
( 47 )
$2.99
The Scattered Disk Alliance has fractured, but with that has come the knowledge of who is really behind the Sol Dissolution.

Now all eyes turn to Jove as the war that will come to Sol takes hold there.
Read more 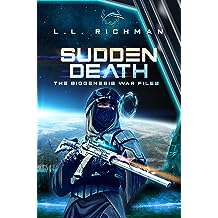 Fresh off his first Marine deployment, Boone must now choose between two schools: Intelligence or Scout Sniper. Though he’s shown clear aptitude for the second, he’s not sure he has what it takes to do the job.

When he puts the decision aside to join his buddies on a day of leave, the last thing Boone expects to see is a naval weapons locker in the hands of a man who is clearly not Navy. On impulse, he shadows the man, only to find himself running for his life… smack into a Unit operator.

Now he has two options: join the fight or remain behind. But the choice he’s been given is really no choice at all. For the only way to save the park is for Boone to embrace his calling.

The fate of thousands rests on this one decision.
He’d better make it a good one.
Read more
Other Formats: Paperback 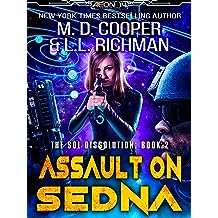 The Diskers have not gone quietly into the night...

Decades have passed since the failed coup on Venus, but now the separatists in the Scattered Disk have resurfaced. With a fleet far larger than any suspected, the rebels take Sedna and proclaim it the capital of a new, Free Disk Alliance.But the Federation is not above using the full might of their military to bring errant worlds back into line. The TSS Normandy is once again dispatched to restore order--no matter the cost.With Williams and the 242 aboard, victory is all but assured. However, Katelyn Evans and the separatists have learned from their defeats at Makemake and Venus. They're prepared to do whatever it takes to defend their homeland.
Read more 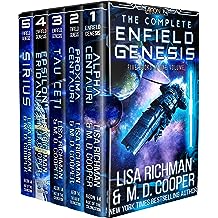 Sentient AIs walk among us.

In the wake of the Sentience Wars, refugee AIs flee to nearby stars, and there are some who would turn their plight into profit.

When easygoing, self assured pilot-for-hire Jason Andrews is sucked into a covert operation to save them, he learns that it's not only AIs who are at risk... and the enemy is more powerful than anything he's ever faced.

Jason must engage in an all-out bid to save worlds he's never known, in a war he could never have imagined.

Enfield Genesis available for the first time in one complete omnibus collection: 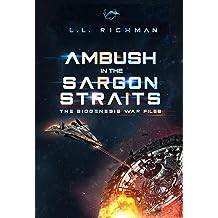 It should have been a simple extraction.

Rumors of unrest have caused the Alliance to recall its consulate stationed on the Khufu torus. Elodie Cyr and SRU Team Five are there to ensure it happens smoothly.

But the intelligence geeks' estimates were wrong — way wrong — and Ell and the team are in for the fight of their lives.

PLEASE NOTE: This is a 13,000-word, 75 page novelette in the Biogenesis War Files series. 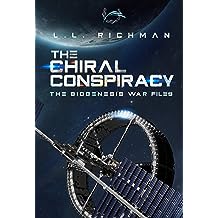 A shocking discovery. A missing scientist. And a race against the clock.

Former Sergeant Elodie Cyr thought she'd left the Special Reconnaissance Unit behind when she joined the Navy's Criminal Investigation Command.
But when a scientist goes missing, someone seems determined to eliminate all witnesses—even if they have to take down the entire Hawking habitat to do it.
Reunited with her former teammates, Ell must come to terms with the ghosts of her past if she has any hope of stopping the killer in time.
Read more
Other Formats: Paperback 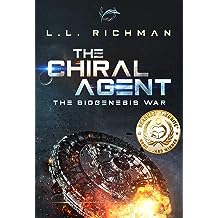 WINNER OF THE 2021 Reader's Favorite Book Award for Science Fiction

First, they stole his identity. Now, they want him dead.

Shadow Recon pilot Micah Case awakens above an alien world, with no memory of his past and a mysterious voice inside his head. Worse, his own military is hunting him... and he has no idea why.

His genetic code could destroy all life.

The voice leads to a discovery so unbelievable, enemy nations would kill to control it — to control him. Now, Micah must use every skill in his arsenal to secure the stolen research.

The stakes are impossibly high, but failure is not an option. The alternative could mean the extinction of a people Micah can no longer call his own. Humanity.

THE CHIRAL AGENT is a fast-paced, cerebral thriller that's part hard science fiction, part spy novel, and one hundred percent adrenaline. It’s sure to keep you guessing every step of the way. 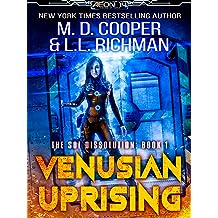 The Sol Space Federation has dominated humanity’s home system for over a thousand years.

Forged in the wake of the Sentience Wars, the federation has created a period of unprecedented peace.

But that peace is fracturing.

Katelyn Evans and her sister are part of the Scattered Worlds resistance—a group of freedom fighters from the cold planetoids in the far reaches of the system who want rights and more access to Sol’s greatest resource, the home star, itself. When she’s sent on a mission to deliver top-secret intel to resistance fighters on Venus, she becomes mired in a plot deeper than she'd ever imagined.

On the other side of the conflict, Staff Sergeant Williams, a Marine in the 242 has fought for Terra all his life. Coming off a special assignment with his platoon to protect the GSS Intrepid, Williams is back on Venus with the rest of his regiment, fighting a resurgent uprising on the planet.

When he stumbles across a separatist plot, he is thrust into the center of the conflict, working to save the planet from the Diskers and Venusian Separatists.

Which pits him directly against Katelyn Evans.

Faced with impossible choices that test their loyalty to their own people, and questioning what is right, Katelyn and Williams will face their worst fears in the midst of the Venusian Uprising. 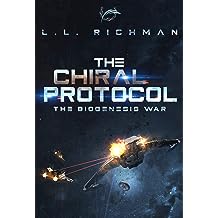 An Alliance asset is found brutally murdered, a deadly biomaterial stolen, and their top scientist kidnapped.

Shadow Recon pilot Micah Case is the only human in existence immune to the viral weapon the Akkadian Empire would unleash on the settled worlds.

It’s up to him to stop them — before millions die. 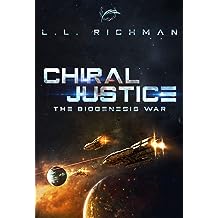 The unthinkable has happened: an Akkadian assassin has helped broker peace between her star nation and the Alliance. Micah Case and Task Force Blue watch the peace talks with guarded optimism—but they know one thing the rest of the settled worlds don't.

Clint Janus has vanished with the Alliance's most closely-held secret.

And Micah Case holds the key.

Janus is now allied with Akkadia's new premier, Asher Dent, and the man is not as peace-loving as he might seem.

It's going to be up to Micah Case and Task Force Blue to prevent Dent from achieving that which he wants most: total space supremacy over all the settled worlds. 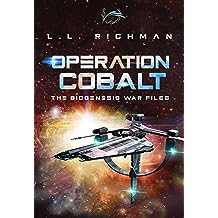 They want a fight? She'll give it to them.

Katie Hyer was minding her own business, hauling ore for Cobalt Mining, when a mysterious ship appears suddenly out of the black, nearly sideswiping her. It soon becomes clear that same ship is inbound for the mining platform she calls home.

When the secessionists on board take Sierra Twelve hostage, Katie will go to any lengths to free her friends and family—even if it means waging her own personal war of attrition.

And when Katie goes to war...she takes no prisoners.
AUTHOR'S NOTE: Operation Cobalt is a 31,00-word novella.

Each of the books in the Biogenesis Files prequel series are novellas. For full-length novels, please check out the main Biogenesis War series.
Read more
Other Formats: Paperback