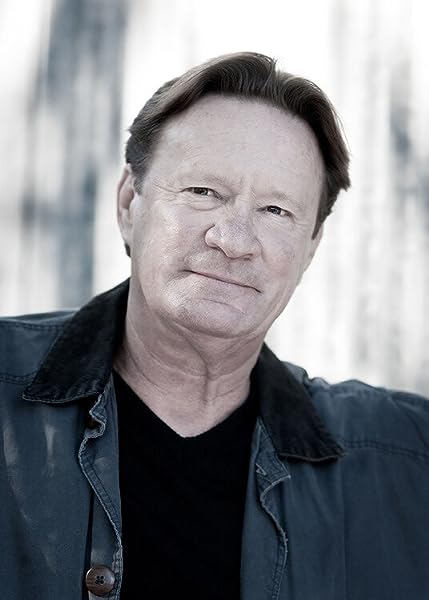 by T. Jefferson Parker (Author)
4.2 out of 5 stars 183 ratings
See all formats and editions
Sorry, there was a problem loading this page. Try again.

Start reading L.A. Outlaws (Charlie Hood Novel Book 1) on your Kindle in under a minute.

T. Jefferson Parker is the bestselling author of 23 crime novels, including Edgar Award-winners &quot;Silent Joe&quot; and &quot;California Girl.&quot; Parker's next work is &quot;Swift Vengeance,&quot; in which San Diego PI Roland Ford leads the FBI to a terrorist attack.

Although the &quot;T&quot; is part of his legal name it does not stand for a name. It is a decorative initial put there by his parents, who once told him they thought T. Jefferson Parker would look good on the White House door.

Parker lives in north San Diego County, and enjoys fishing, hiking and just about anything outdoors.

4.2 out of 5 stars
4.2 out of 5
183 global ratings
How are ratings calculated?
To calculate the overall star rating and percentage breakdown by star, we don’t use a simple average. Instead, our system considers things like how recent a review is and if the reviewer bought the item on Amazon. It also analyzes reviews to verify trustworthiness.
Top reviews

David A. Freas
3.0 out of 5 stars I may read more Charlie Hood books, but only when I'm desperate for reading material.
Reviewed in the United States on January 2, 2018
Verified Purchase
I am not a big fan of anti-heroes so I had mixed feelings about Suzanne/Allison. I wanted to see her pay for her crimes but, because she was a bit of a Robin Hood, wanted to see her escape punishment somehow. If keeping the reader in that good/bad limbo was Parker’s aim, he succeeded in spades.

Too many times, the flow of this story is broken by flashbacks of Suzanne/Allison’s ancestor, Joaquin Murrieta. They didn’t add anything to the story, just lengthened it and slowed it down unnecessarily. The same applies to the extra storylines involving Hood’s father.

And too many of the skills and connections the characters have appear a little too conveniently when they are needed.

I suspected the one bad guy early on, right after Parker dropped a clue to his identity that was a little too obvious.

Parker’s writing is a bit dismal and cynical in tone. The story is full of greed, liars, and brutality. Even when the storyline sounds hopeful, there’s an underlying sense of desperation, sadness, and failure.

The climax of the story was realistic but disappointing. And of the five chapters that follow, only two are really needed. Like the flashbacks, those unneeded chapters lengthened the story but didn’t add anything to it.

And a caveat: The description of Suzanne/Allison and Charlie Hood being on the run for their lives is a lie.

This story had the potential to be great, but it only reached okay. So, I may try another Charlie Hood book in the future, but I won’t seek them out.

And Amazon continues its amazing ability to tell me how many pages a book has on the website but can’t number the pages in the download.
Read more
3 people found this helpful
Helpful
Report abuse

WR1T3R
2.0 out of 5 stars Distracted
Reviewed in the United States on March 16, 2019
Verified Purchase
It's the only way I have to describe the writing. I've read many of Jefferson's books, but none were as disjointed and distracted as this one. There is a good story in there... BUT. And if the distraction of inner thoughts of the characters wasn't enough, it's in the first person AND omnipresence.
OH GOD... and then there are the history lessons that have no barring... that go on for pages. Whomever the ghostwriter was... fire them.
Read more
Helpful
Report abuse

Travelin Ray
2.0 out of 5 stars I was disappointed in this book
Reviewed in the United States on April 29, 2018
Verified Purchase
I was disappointed in this book. I had read the Renegades and looked forward to this read but it was very hard to get into and it was not as interesting as the prior read. I will try other books by this author but if this had been my first experience with Parker, I'd not have ever read any more. Sorry. Not up the same caliber as Michael Connelly.
Read more
One person found this helpful
Helpful
Report abuse

Kgreer
4.0 out of 5 stars Enjoyable read!
Reviewed in the United States on June 27, 2017
Verified Purchase
I read some of the other reviews and I think that people sometimes want too much in a book. This story was enjoyable. It was kind of a roller coaster ride of emotions for the reader and the characters in the book. It was also action packed. The lead character was gutsy. The cop was very torn emotionally. But it was a story that you did not want stop reading. You wanted to see how it all turned out. I'm glad there is more to this series. I will read the books that follows.
Read more
One person found this helpful
Helpful
Report abuse

Kindle Customer
5.0 out of 5 stars Captivating
Reviewed in the United States on November 2, 2019
Verified Purchase
Parker does it all so well. His characters are real and human and flawed. He writes about women and children as credibly as a man can. There are stylistic flourishes that are Hemingwayesque. And sometimes he can bring tears to your eyes.
Read more
Helpful
Report abuse

Steve
3.0 out of 5 stars Not his Best But Not Bad Either
Reviewed in the United States on March 21, 2008
Verified Purchase
I love reading T. Jefferson Parker and, while he has worked harder on previous books on topics he seems to know more about than Hispanic gangs (not that I know anything about them either), this was a kind-of-fun read.

That's one of the things I mean about working hard. If all the research you're going to do about gangs and the central historic figure is to watch TV, well, you're not going to come up with the best book ever.

The story itself, centering on Suzanne Jones, is okay. It won't keep you from being distracted in the airport/on the beach by probably anything at all. It won't keep you awake all night reading, probably the opposite (but there's a need for most of us to get more sleep anyway). It won't even be all that memorable. You know, as books are whose titles evoke not only the whole storyline but several word-for-word passages as well.

But how often do those books come around?

The most disappointing parts of the story are those that make police look inept, or that they don't have helicopters or warrants, and stings to uncover bad cops. I also didn't like the ease with which she defeated Lupercio and how Lupercio could be a heartless panther (WAR KITTEN?) with gang members and other well-armed and ruthless enemies but strangely inept with a schoolteacher and her young family, not once but several times. These episodes didn't exactly keep me on the edge of my seat.

Although he's one of my favorite authors, I'd recommend against buying this book in favor of his earlier ones. I did read the entire book which only meant that I must have been low on books.
Read more
3 people found this helpful
Helpful
Report abuse

Toyman
4.0 out of 5 stars Great characters
Reviewed in the United States on January 7, 2020
Verified Purchase
It’s well-written and the characters are good, but the plot is a bit contrived. It’s an easy read and hard to put down, but it does require suspension of disbelief.
Read more
Helpful
Report abuse

JacquesW.
4.0 out of 5 stars Alison and Suzanne will keep you reading...
Reviewed in the United States on August 3, 2018
Verified Purchase
Another of mr. Parker great novels based on historical facts. The story is about flawed characters... I.e real life characters with doubts and good and bad traits... suspenseful and quick read... I do not like recurring characters but may give the next Charlie Hood a chance....
Read more
Helpful
Report abuse
See all reviews

M. J. Burley
5.0 out of 5 stars Great story
Reviewed in the United Kingdom on September 15, 2013
Verified Purchase
Parker is one of the most descriptive writers out there. The way he clearly describes the California country and cities, he clearly loves the place and has spent a lot of time there. Add to that, interesting characters, and you have an excellent read.
Read more
Report abuse

C.Elder
4.0 out of 5 stars more to come on hood
Reviewed in the United Kingdom on April 20, 2009
Verified Purchase
The really interesting character in this story is Hood the policeman.Hopefully there will be other stories that develop this chacter in the future.
This Robin Hood like story has terrific villains and a cold-blooded assasin you do not want to meet under any circumstances.The female protagonist is unsympathetic.Maybe because I don't live in California,I don't feel a female armed robber,who is also a teacher,and mother to 3 children by 3 different fathers,car thief/hijacker,etc is someone I can support or cheer on.
Read more
2 people found this helpful
Report abuse
See all reviews
Back to top
Get to Know Us
Make Money with Us
Amazon Payment Products
Let Us Help You
EnglishChoose a language for shopping. United StatesChoose a country/region for shopping.
© 1996-2021, Amazon.com, Inc. or its affiliates