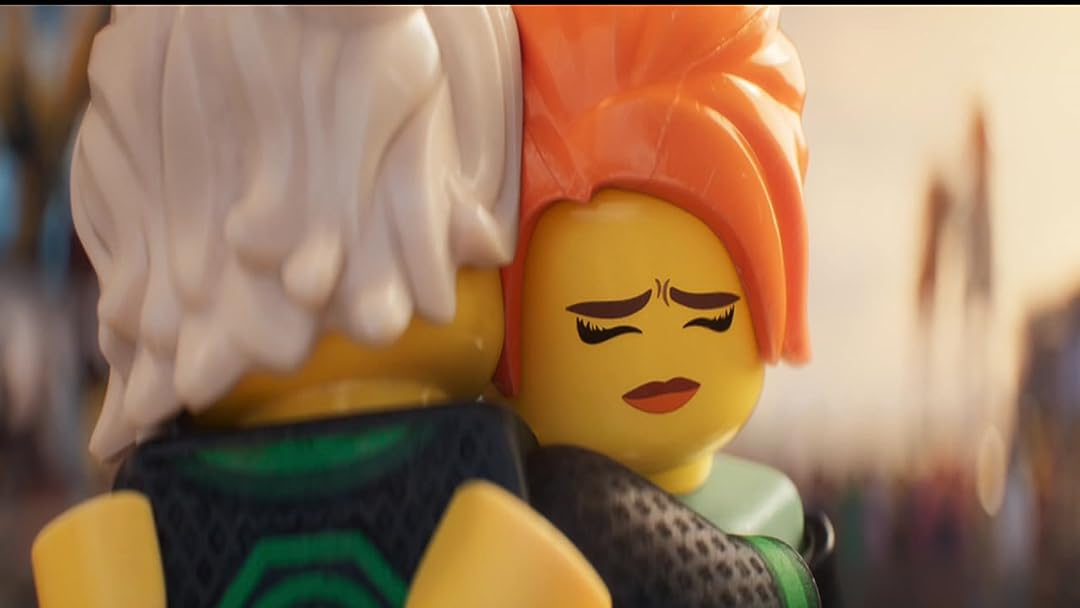 (7,540)
1 h 41 min2017X-RayPG
A fierce but undisciplined team of modern-day ninjas must learn to check their egos and pull together to unleash their true power and defeat the evil warlord Garmadon.

ReubenReviewed in the United States on November 13, 2018
2.0 out of 5 stars
Wasn't what I expected
Verified purchase
I purchased this after having watched all of the tv episodes. For some reason I thought by watching the tv episodes I would have a better understanding of the movie. I enjoyed watching the tv series a lot. When I went to watch the movie, I didn't even make it all the way through and I was bored of it and turned it off. It wasn't till weeks later that I finished it.

The movie is ok, but I was expecting something different after seeing the tv series.

RyottReviewed in the United States on September 22, 2018
5.0 out of 5 stars
Another great Lego movie
Verified purchase
My son loves all Lego movies and series, and this Ninjago movie is no exception. I agree that has less creativity than the Lego Movie or Lego Batman Movie, but it is still very fun. It follows a completely parallel timeline than the series, and many of the characters are different than their series counterparts.

The plot is very simple, and the whole father-son relation topic is not very well developed, but that does not change the fact that my six year old son has watched it ten times and is still not tired of it!

Troy Alexander WolkenReviewed in the United States on January 30, 2022
2.0 out of 5 stars
Overstuffed Terrible Companion-piece to the Series
Verified purchase
The movie made a cash-grabbing attempt to squeeze in celebrity appearrances from Jackie-Chan, newscasters Robin Roberts and Michael Strahan, and Dave Franco. Additionally it is full of unnecessary and irrelevant 80s film references, such as to Ferris Bueller's Day Off and the Breakfast Club. These movies, plus references to several super-violent martial arts films make for a movie that will be more loud than funny to it's young audience by being too far over their heads, in addition to being inappropriate and awkward to explain. The entire plot of the movie is so heavily reliant on tropes that it can be summed up ,easily,without taking the trouble to watch it as this: Green Ninja Lloyd has to forgive his supervillain deadbeat dad Lord Garmadon before he can lead the ninja and after his dad proves completely unworthy of forgiveness he does so anyway, leading to an ending where Lloyd leads the ninja, his dad gives up his quest for power to become a waiter, and everyone forgives Garmadon even though he tried to kill them because their hero the Green Ninja forgave him and because the giant cat they thought he controlled was cute. Doesn't follow the TV storyline, because here all 6 ninja know each other from the beginning, they are originally robot pilots, and the green ninja has no elemental superpowers but is merely named green because in the film green symbolizes life and he provides the "life" of the ninja-team by being the one to hold them together.

Parabola KReviewed in the United States on June 12, 2021
4.0 out of 5 stars
NOT like the show at all, but that's okay...
Verified purchase
The show: An wonderful action and adventure serial drama with a little comedy.
The movie: Hilarious comedy; different character back stories, different voices, different character styling, and Lloyd's mom isn't even the same name or character at all.
Verdict: If you go in as a series fan you will be angered and disappointed. If you go in like this is an entirely alternate story that isn't related at all to the series, it's legit funny and awesome. The movie was fired from the Lego Movie cannon, (think Lego Batman movie and Avengers shorts) or should I say Lego Volcano!

AnonymousReviewed in the United States on October 1, 2017
5.0 out of 5 stars
Awesome family fun, might annoy purists
Verified purchase
Great cast and film with lots of laugh out loud moments and plenty of action. My son the dedicated Ninjago fan (Kai twice for Halloween), this mom, and a dad who prefers the crash scenes of action movies all enjoyed themselves enough to see it twice.
Verdict: Purists will be annoyed, but if you go with the intention of having fun, I think you will.
24 people found this helpful

Travis IlligReviewed in the United States on March 5, 2019
4.0 out of 5 stars
On a scale of one to 10, it's a seven... point... arm ripped off
Verified purchase
There are some great lines in this movie (like the one in my review title) that make me laugh pretty much every time we see this. I don't think it was as good as the original Lego movie or the Lego Batman movie, but then, I'm not really into the whole Ninjago thing. There was still really good attention to detail and pretty good writing, so we have fun with it. I think my daughter watches it every weekend and can quote the whole thing to you.
5 people found this helpful

SusanReviewed in the United States on May 26, 2020
5.0 out of 5 stars
Lego Ninjago - 5 stars!
Verified purchase
I enjoyed this movie and I've never seen the series. The cat was the best part! And I think it's pretty damn funny. Actually, it was the funniest Lego movie I've ever seen. That's not saying much, I've only seen two. The Lego Movie and The Batman Lego Movie. That adds up to three. And I enjoyed Lord Garmadon, he was one of the best characters in the film.
2 people found this helpful