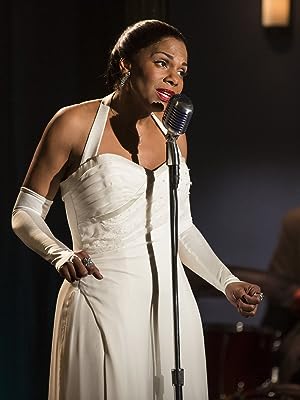 Bethany RosemanReviewed in the United States on July 17, 2017
5.0 out of 5 stars
Although I loved it her in that show
Verified purchase
Other than Private Practice, I'd never seen Audra McDonald in anything else. Although I loved it her in that show, I was surprised when I recently read that Ms. McDonald might be one of the greatest performing artists of all time, especially because of her work on Broadway. A few weeks later I saw her interview with the Screen Actors Guild (SAG) where this filmed version of the Broadway show was mentioned, and I decided to look it up.

Without question, Ms. McDonald's performance in this, "Lady Day at Emerson's Bar & Grill," left nothing to be argued. I was riveted. I love jazz. I love Billie Holiday. I love vocal performance. I love the theater. And I love film. This performance completely stole my heart and clenched my soul. I am totally in Ms. McDonald's debt for giving so much of herself to this role. It comes as absolutely no surprise that it earned her a record-breaking sixth Tony Award. If they could have given her two, they should have.

AMTReviewed in the United States on August 22, 2018
5.0 out of 5 stars
Powerful...
Verified purchase
Rarely do I watch movies/documentaries about celebrities. But I am glad I watched this one. Billie Holiday certainly... did not have an easy childhood. And even when she did become a celebrity, treatment from others... was abhorrent. I wondered why she did drugs. There was just too much pain... too much with no explanation for people's appalling actions. Audra McDonald... superb. So glad she portrayed this role... so I could comprehend some of what Billie went through.
One person found this helpful

Connie MReviewed in the United States on June 7, 2019
5.0 out of 5 stars
So poignant, and superbly performed by Audra McDonald
Verified purchase
Wow! A tour de force. Grateful to have seen.

Reader WriterReviewed in the United States on December 7, 2018
5.0 out of 5 stars
Speechless
Verified purchase
I cannot tell you what a religious experience this was. Audra McDonald is haunting and mesmerizing as Billie Holiday.

The Hunt family of NYCReviewed in the United States on March 17, 2021
5.0 out of 5 stars
It’s like seeing the great Lady Day herself
I saw this on Broadway and I felt like I was actually watching Billie on stage it was weird and scary and beautiful.I want to buy and own this as my very own so I can feel those feelings again and again at my own leisure

K.BennettReviewed in the United States on July 12, 2017
5.0 out of 5 stars
I wish I could buy this!
I was fortunate enough to see this on Broadway. Audra is AMAZING as Billy Holiday, such talent!
3 people found this helpful
See all reviews
Back to top
Get to Know Us
Make Money with Us
Amazon Payment Products
Let Us Help You
EnglishChoose a language for shopping. United StatesChoose a country/region for shopping.
© 1996-2021, Amazon.com, Inc. or its affiliates