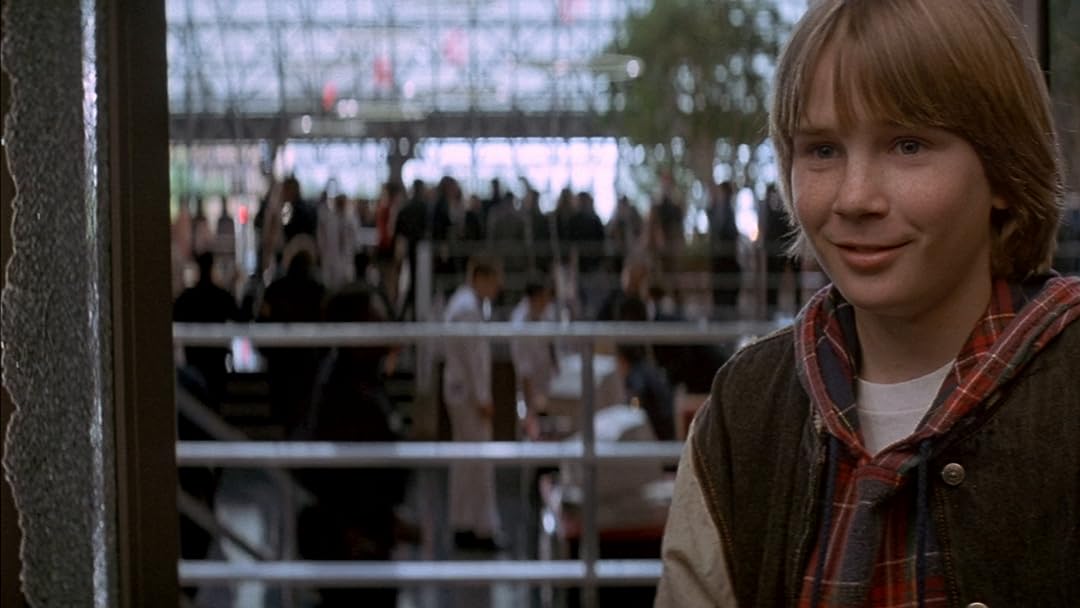 Your-Average-Book-ReaderReviewed in the United States on January 18, 2019
2.0 out of 5 stars
Just buy the 2014 BluRay
Verified purchase
I am a huge fan of Last Action hero. I think its a great action film that completely subverses the action genre and it shouldn't come as a surprise given that Shane Black wrote the screenplay. But anyways, this is perhaps one of the worst Blu-Ray releases I have ever encountered in my life.

-NO Subtitles - really, the film doesn't even have any subtitles nor captions. I mean this is 2019. DVDs have Subtitles.
-NO Special features - Usually films like these do contain special features imported from either the older release Blu-Ray
or DVD but nothing. Not even trailers.

This is just a cash in by packaging it in this really cool looking cover. That's about it. Just buy the older Blu-Ray release and avoid it at all cost. What a waste honestly.

Heavy Metal CollectorReviewed in the United States on January 21, 2019
1.0 out of 5 stars
Absolutely NO Extras, not VHS box
Verified purchase
I absolutely live this movie! However I was EXTREMELY disappointed when I received this version. I posted a picture more representative of the "classic VHS" look. As others mentioned: no extras, not even subtitles/captions. Completely not worth it. As you can see, it is not a VHS box, jus a picture of the VHS on the slip case and blue ray.
36 people found this helpful

Kyle HachReviewed in the United States on March 3, 2019
3.0 out of 5 stars
Great Movie, so-so transfer...
Verified purchase
So it kills me that I have to give this release anything less than 5 stars, as Last Action Hero has been one of my favorites since childhood.
I am not giving 3 stars because I was let down by the VHS packaging, as it was exactly as what was pictured in the stock photo.
I find it funny how people thought it was going to be this big, clamshell VHS package like the Stranger Things VHS set, which was AT LEAST triple the price of this Blu-Ray.
At this price point ($7-$8), this was exactly as I expected and I love the look of it.

Sadly, it's the quality of the transfer that dampens this release for me.
There is quite a bit of noise all throughout the entire movie.
It just has this constant fuzz.
I don't know if it was the print that was used or just the scan, but I recall the previous Blu-Ray transfer looking incredible, so it's most likely the transfer process here.
There are no special features but given the (sad) reputation of this film, that wasn't surprising in the least.
The sound is OKAY but even that seems to be a little lesser in quality.
But given those downsides, this is still above the DVD transfers.
It still passes as a Blu-Ray presentation.

If you're a fan of Last Action Hero, this is a really cool piece to have in your action/Schwarzenegger collection.
I think it looks cool (you can't beat that original poster art) and it makes me nostalgic.
But if you're hoping for the most clear, clean presentation of this movie that you've ever seen, you will undoubtedly be let down a bit.
If you're just a casual fan and you're used to the DVD, this just might appease you.
It's definitely watchable and enjoyable if you're not a total HD fanatic.

Us Last Action Hero fans must stand united and never give up hope that an ultimate Blu-Ray with the best transfer, sound and special features will one day be released.
Seeing that INCREDIBLE release of Waterworld that Arrow Video recently did gives me hope that they will one day tackle Last Action Hero in the same fashion.
In the meantime, I'm happy to have this on Blu-Ray again.
17 people found this helpful

punkerkrisReviewed in the United States on January 16, 2019
1.0 out of 5 stars
its just a slip case
Verified purchase
the "retro" vhs look is just a slip case. i thought it was a clamshell or something but no it just a slip just like any other blu-ray.
31 people found this helpful

J.T. WoolfReviewed in the United States on June 28, 2021
4.0 out of 5 stars
Hidden Gem!
Verified purchase
Every now and then your hope that "taking a chance on a flick" will pay off. It rarely does, and you're left wondering why you spent so much. Or why they made the film in the first place. But this diamond in the rough from 1993 is so much better than the original critics wrote. I don't know what movie they expected, but this one delivers thrills and a LOT of self-deprecating humor. Ah-nold is terrific - although the bit with Maria Shriver was hard to watch.

If you like action, a fun story, and some truth thrown into a happy ending, then this one's for you.
8 people found this helpful

SteviefreakincReviewed in the United States on November 21, 2016
3.0 out of 5 stars
Not a good transfer for Blu-ray
Verified purchase
Bit rate for video is decent. 23-30Mbps. The movie is very grainy and some dark scenes are poor in quality. The audio track is laughable for Blu Ray. Bitrate is 448Kbps. The usual bit rate for audio is usually near 5000kbps. If it had cost me more than $5 I would have been mad. This is a cheap transfer of the movie. The company supporting this release is Mill Creek Entertainment and clearly they have something to do with this poor rip.
28 people found this helpful

MenkeyReviewed in the United States on November 29, 2014
3.0 out of 5 stars
Blurring the line
Verified purchase
This is a review of the 2014 Blu-ray release.

Arnold by this time had well established himself as an action hero, indeed THE action hero to many. But he had also starred in several successful comedies, such as Twins and Kindergarten Cop. And while there is plenty of action in this movie, it is more a comedy than an action movie. It is surprisingly (and refreshingly) self-aware in its analysis of the fictional reflection of our real world that exists only in the movies - sort of a modern-day Alice Through the Looking Glass. Whether mocking that there are no ordinary-looking women in the movies, only gorgeous models; or the impossibility that all phone numbers begin with "555", this movie asks us to examine the holes in the fictional reality we are fed in the movie theater, rather than overlook them. It is not often that we get a refreshingly honest script as this.

Unfortunately, this Blu-ray presentation leaves something to be desired. The transfer is a bit soft, with weak blacks, and even some fuzzy blurring to the edge of the image in at least one scene (the last projection booth scene). There are ZERO extras, (not even a trailer), and the menu consists of one choice - "Play Movie". No soundtrack or subtitle options. Obviously Columbia has not shown the love to this movie. So, much as I regret it, this Blu-ray only gets 3 stars, due to the quality of the transfer. However, don't let that dissuade you. This really is a gem of a movie.
31 people found this helpful

NinjaNutjobReviewed in the United States on January 18, 2019
3.0 out of 5 stars
Visually Good, Audibly Mediocre at best
Verified purchase
First off I loved this movie. But this version has some annoying issues.

- It's clearly a reprint through a new distributor, apparently licensed by the original studio.

- Visual quality is near-top-notch for a Blu-ray (1080p) quality update, so that is a positive. There is film grain effect in it which is noticeable in certain scenes.

- Audio (Part 1) - the standard dialogue between characters sounds crisp and clear. I did not notice any distortion or erroneous effects.

- Audio (Part 2) - The 'Action' or Surround Audio if you may, is where it kills this reprint. This portion of the audio get so distorted during all the action scenes that it literally sounds like they funnelled the sound through a card board tube in some scenes and PVC tubing in another. Its that bad. I dont recall any of the other versions (Original DVD or Original Blu-Ray prints) doing this.

Overall Quality of Release 6/10
5 people found this helpful
See all reviews
Back to top
Get to Know Us
Make Money with Us
Amazon Payment Products
Let Us Help You
EnglishChoose a language for shopping. United StatesChoose a country/region for shopping.
© 1996-2022, Amazon.com, Inc. or its affiliates