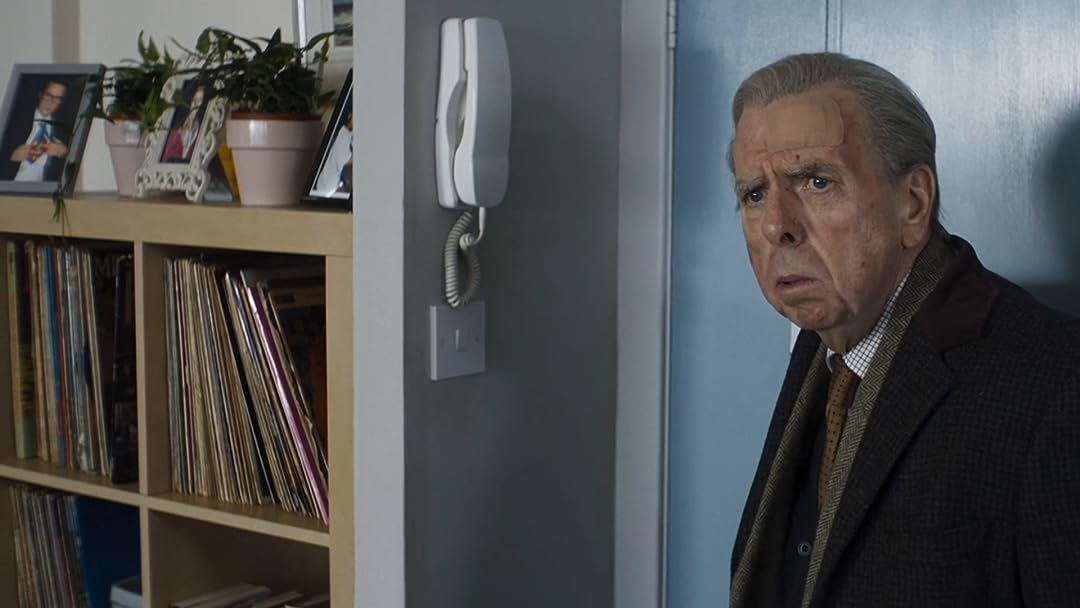 (133)
6.61 h 26 min2022X-Ray16+
Pensioner Tom travels the length of the UK by bus, retracing the journey he made with his late wife years before, so that he can visit his hometown and his memories one last time.

MarjWReviewed in the United States on April 29, 2022
5.0 out of 5 stars
wish more movies were like this
Verified purchase
I like most "road" movies or books, and especially those involving older people hiking, biking, barging, etc.
+ the French movie (English subtitles) "A Man in a Hurry" about a forced retiree (executive) who ends up on a scenic hike with his somewhat estranged college-age daughter (he'd been too busy working).
+ Anthony Hopkins motorcycle movie "The World's Fastest Indian"
+ "The Motorcycle Diaries"
+ the original "The In-Laws" comedy with Alan Arkin and Peter Falk ("serpentine!")

Kindle CustomerReviewed in the United States on July 20, 2022
4.0 out of 5 stars
bittersweet
Verified purchase
I loved this movie..... I am having a hard time with Humanity these days and this movie restored the idea that we're not All selfish, mean, narcissistic and Cold. Watch with a couple of tissues. The scenery was lovely as well. Excellent soundtrack
9 people found this helpful

SundayAtDuskReviewed in the United States on August 8, 2022
4.0 out of 5 stars
Heartwarming Or Heartbreaking?
Verified purchase
This is definitely a Sunday afternoon film. Tom, who is in his 80s, is taking a long trip by bus back to his hometown. His wife Mary has died and their time together is shown in flashbacks throughout the movie. I must admit I was confused at times about exactly where they were during those flashbacks. Tom's bus trip is painfully long for an old man, not in the best of health, but he plugs away. Nevertheless, it's hard not to think throughout the movie that someone needs to put the old guy on a plane or a train!

Tom meets various characters throughout his trip, no long-lasting encounters, however. He has to get where he is going before he can't get where he is going. Keeping with the times, he soon gets a social media following, which did little for the story. In some ways, it made the story seem somewhat hollow. When he finally arrives at his destination, it's no surprise what he intends to do. One stop before at a cemetery, though, is a surprise and as sad as sad can be.

All in all, a good enough movie for a Sunday afternoon, but might seem slow on any other day of the week. Timothy Spall, who is in his 60s, did a great job playing a much older man, and kept the character of Tom from seeming too sentimental. Phyllis Logan, who is the same age as Mr. Spall, also did a good job playing someone much older, and was as likable as she was in "Downton Abbey". There are a couple of truly sad scenes with Mary and Tom, such as the one at Christmastime, but many of the scenes with the two of them are happy and hopeful. Personally, I thought the story was more heartwarming than heartbreaking.
6 people found this helpful

Amazon CustomerReviewed in the United States on July 10, 2022
5.0 out of 5 stars
great forum for a talented actor
Verified purchase
A fantastic forum for spall’s acting talent, and he does not disappoint. You feel like you are traveling every mile along with him as he traverses UK to complete a mission he promised himself and his wife. The details of the backstory unwind slowly, just right to keep your interest and keep you guessing. And there is quite a variety of characters that he meets along the way, most of them representing the best humanity has to offer, along with a couple of klinkers. Gut-wrenching, pure emotion at times, that is sure to put a lump in your throat. Compliments also to writer and director, and a talented supporting cast.
6 people found this helpful

JKNIGHTReviewed in the United States on August 11, 2022
5.0 out of 5 stars
The Road Trip with Purpose, Not Depressing, Just lovely
Verified purchase
This movie is a beautiful and touching tribute to the strength of love and determination of purpose.

Tom reminds me of my 92-year-old father. Although he has obvious physical limitations, there is still something that my sisters and I call "strong as a bull and stubborn as a mule". He lives in the Florida Keys near the end of the continental US, still drives and mows the lawn, still socializes, still works on his hobbies, and still does the shopping.

This is not an action movie. And yes, there are familiar plot elements, however, they are done well. If you cannot feel, this isn't for you.

Don't be swayed by the idiots that say he couldn't have made it with his diagnosis. The writer could have done a better job on that one detail but that is the only flaw. Being overly critical is missing the point. The people he meets along the way contribute to the journey. The acting was superb. The feeling and impressions you get at every station or bus are realistic. The use of social media, of which Tom is unaware, gave the film a layer of universal hope that was uplifting for a change.
4 people found this helpful

laurieReviewed in the United States on September 5, 2022
5.0 out of 5 stars
Left clutching a box of kleenex
Verified purchase
Where does one begin with a movie that covers classic literature's greatest themes, woven beautifully into a piercingly current story? Set against a backdrop of the journey "home," Tom, an elderly and unwell pensioner, embarks on a bus trip back to the town where he and his late wife met. Along the way he stands up to man's inhumanity to man; encounters acts of great generosity; shows kindness, courage, and perseverance; and, most of all, demonstrates love and dedication. But none of this begins to depict the subtilty, the artistry, the fabulous execution, or the sensitivity with which this story is told. Many times I found myself blinking back tears during scenes that rang so very true, and by the end was left clutching a box of kleenex - and feeling thankful this movie popped up in my Amazon queue.
One person found this helpful

DerSchuhmacherReviewed in the United States on July 21, 2022
5.0 out of 5 stars
Fun but sad
Verified purchase
Very good movie of a poor old man who has one last thing to do before he goes. It was pretty easy going down his little journey. Can't help but to feel for him and be happy he did what he set out to do. A lot of people don't get that chance.
3 people found this helpful

DeborahReviewed in the United States on March 20, 2022
5.0 out of 5 stars
A Lovely Passage In Time
Verified purchase
A bittersweet love story. Beautifully portrayed with few words and lots of heart. Well done!
9 people found this helpful
See all reviews
Back to top
Get to Know Us
Make Money with Us
Amazon Payment Products
Let Us Help You
EnglishChoose a language for shopping. United StatesChoose a country/region for shopping.
© 1996-2022, Amazon.com, Inc. or its affiliates