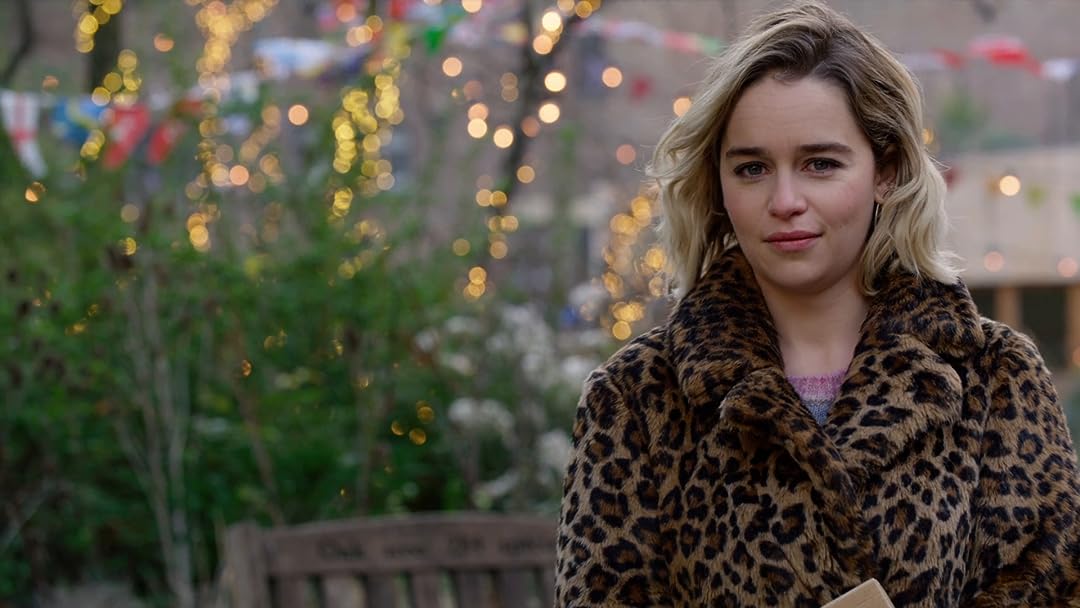 C HReviewed in the United States on November 13, 2019
5.0 out of 5 stars
WE love it!!!
Light, funny, warm and pleasant...can't say that about the other currently running movies out there. We loved it and plan to see it every year. It IS a wonderful life even with the rough stretches. We GET that and they do, too. We love "Clarence" every year and now we'll love "Tom". Another angel got his wings, whether you like it or not. Earlier reviewers apparently are too "above it all" and sadly will remain the pitiful Grinches that they are. They probably turn up their noses at Christmas cookies and the sound of "too adorable" little children singing their carols, as we remember, and laugh and tear up...and just love EVERY bit of it.
87 people found this helpful

Briana warnerReviewed in the United States on January 21, 2020
5.0 out of 5 stars
I loved this movie!
Verified purchase
I loved the movie! I cried and laughed and cried... Some parts a little predictable but still fantastic! Will watch often because it is that good .. Here is to hoping I don't cry every time but even if I do cry every time I'm still in love with this movie!
37 people found this helpful

Willie V. HughesReviewed in the United States on September 14, 2020
5.0 out of 5 stars
My Dad's Favorite Movie
Verified purchase
My father passed away this past Father's Day (he actually died on Father's Day), and this was the last move we saw together in the theater before he passed. At the time, he was suffering from severe dementia, and at the end of the movie, he asked me if I enjoyed it, and I told him I did, and his face lit up and told me how wonderful he thought it was. My caregiver explained later that he'd seen the movie three times at that point, and didn't remember seeing it before so each time made him very happy. The movie is a little corny, but I have to say it's one of the best Christmas movies I've ever seen, and obviously it was one of the best my father ever saw in 70+ Christmases.
19 people found this helpful

Amazon CustomerReviewed in the United States on January 26, 2020
5.0 out of 5 stars
I loved, loved, loved, loved, loved this movie.
Verified purchase
I was totally captivated by this movie. The ending was amazing. I could barely see the screen I was crying so much. The music was amazing, the story was breathtaking, the acting superb. I wanted to watch it again when it was over. It was stunning.
29 people found this helpful

TRVLRReviewed in the United States on February 10, 2020
3.0 out of 5 stars
It's meh...glad I rented it and didn't go see it.
Verified purchase
I rented this movie after having read many "meh" reviews and now I can see why people were saying "meh."
It's not that this movie is bad per say...it's just really, not all that good either.

I love the actors in the cast, that's not the problem...the story is the problem, the main character is really not all that likable, in fact...if she weren't played by the charming Emilia Clark, she wouldn't be likable at all; AND, for the most part she is surrounded by some pretty unlikable people as well. Her mother, played by Emma Thompson, is irritating (I know she is supposed to be, but it does't help), her sister and she don't get along, and her boss (who seems to be one of the few somewhat interesting characters to me) vacillates between mean and nice.

So, when the twist finally comes in the plot...I rolled by eyes at it.

There were some fun moments, some charming moments...but once again, if it weren't for the actors in the cast....this movie wouldn't even get a "meh" out of me. It's really more of a 2.5...I'm being generous with 3 stars.

GeorgeReviewed in the United States on January 21, 2020
5.0 out of 5 stars
Brilliant Ten Stars
Verified purchase
Beautiful film and what an unexpected end BEAUTIFUL
23 people found this helpful

ScottReviewed in the United States on January 26, 2020
5.0 out of 5 stars
Perfect date night movie
Verified purchase
My wife and I both enjoy this movie. Awesome romantic comedy. We can watch this again and again.
17 people found this helpful

RoxReviewed in the United States on October 9, 2021
5.0 out of 5 stars
Last Christmas
Verified purchase
Watched reviews for this movie over and over. It really drew me in. I really wanted to see. Kept checking my movie channels. It came up awhile back but for buy or rent, now a days so many are free I expected it eventually would be free. I wanted a movie ladt weekend & breakdown and rented it. After all the hype of waiting sooo long to see it was not what I expected. My storyline was somewhat off. After saying that I will say it was a very adorable movie. The actors were great. Loved their singing and the storyline, although not what I thought was very enjoyable. Not the love story I was looking for, still a love story. I'm usually into muder mysteries. Crime drama. But now and again I want a nice rom com. Christmas usually gives you that. I would watch again. Don't regret finally taking the plunge and renting eventhough I misunderstood the storyline. Good story....
See all reviews
Back to top
Get to Know Us
Make Money with Us
Amazon Payment Products
Let Us Help You
EnglishChoose a language for shopping. United StatesChoose a country/region for shopping.
© 1996-2022, Amazon.com, Inc. or its affiliates