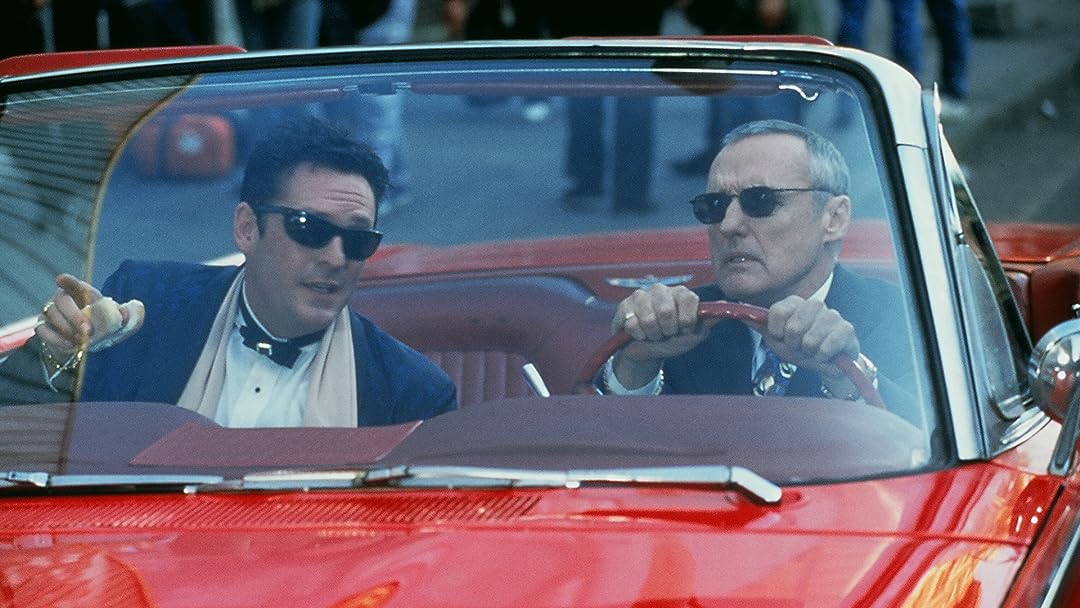 The Last Days of Frankie the Fly

C McGheeReviewed in the United States on February 20, 2010
4.0 out of 5 stars
Dung eater
Verified purchase
This is a little off-beat gem as it deals with all of the dark issues about the mob but never in a heart attack manner. It is a comedy & to my mind better written that a lot of them. A good cast plus a good plot equals a better than you think movie.

This isn't the Godfather or Thief. It is the Godfather on gas. A funny quirky story, with a bit of heart in it. Think of a more serious 8 Heads in a Duffle Bag.
I laughed a lot. 4 Stars.

Will1001aReviewed in the United States on October 22, 2019
5.0 out of 5 stars
Awesome
Verified purchase
Brand new

ivylee wilkersonReviewed in the United States on September 26, 2014
5.0 out of 5 stars
Five Stars
Verified purchase
Thank You

C. BooneReviewed in the United States on March 9, 2007
3.0 out of 5 stars
Strange movie.
Verified purchase
Very strange movie, kind of off-the-beam, but that's OK. It's very worthwhile if you're a Dayton Callie fan. He wrote the script and has a good-sized part in the film.
2 people found this helpful

Amazon CustomerReviewed in the United States on February 29, 2016
5.0 out of 5 stars
Five Stars
Verified purchase
Love the movie
One person found this helpful

Richard RossReviewed in the United States on July 6, 2009
3.0 out of 5 stars
This 'Fly' Ain't Goldblum, But It's Good
Dennis Hopper delivers one of his most effective performances in this made for video film. He plays Frankie the Fly, a collector for the Mob. His boss is a sadist named Sal (Michael Madsen) who enjoys embarrassing Frankie in front of his underling Vic (Dayton Callie, who also wrote the film). Frankie isn't happy in his work since he lacks the mean streak that Sal and Vic possess. The only job perk is visiting one of his regular collections: a porno director named Joey (Kiefer Sutherland). Frankie is in love with Joey's starlet Margaret (Daryl Hannah) but is too shy to even talk to her. Joey owes Sal a lot of money so he devises a plan in which Frankie would place bets for him. Fly senses the danger in this but agrees under the condition that he be given the opportunity to write and direct a legit film for Margaret. An astonished Joey agrees and he wins over $6,000. After a few more bets are placed and Joey wins big, Sal gets wind of what's going on behind his back. He goes after the one person he knows would hurt Frankie the most: Margaret. The film gets very slow after the first half hour but things pick up again. The performances are what saves the film. Madsen actually acts rather than rely on tough guy bravado, Sutherland overacts shamelessly but is still entertaining, Hannah makes Margaret sympathetic and she looks great dolled up as Bettie Page. This is Hopper's movie though and he's excellent. For years he's made crap films that demand nothing more of him than to redo his crazy 'Blue Velvet' performance but here he plays it scared and sensitive. It's a very impressive performance. A must see for Hopper fans and worth a look for fans of Hannah, Madsen, or Sutherland.
4 people found this helpful
See all reviews
Back to top
Get to Know Us
Make Money with Us
Amazon Payment Products
Let Us Help You
EnglishChoose a language for shopping. United StatesChoose a country/region for shopping.
© 1996-2022, Amazon.com, Inc. or its affiliates