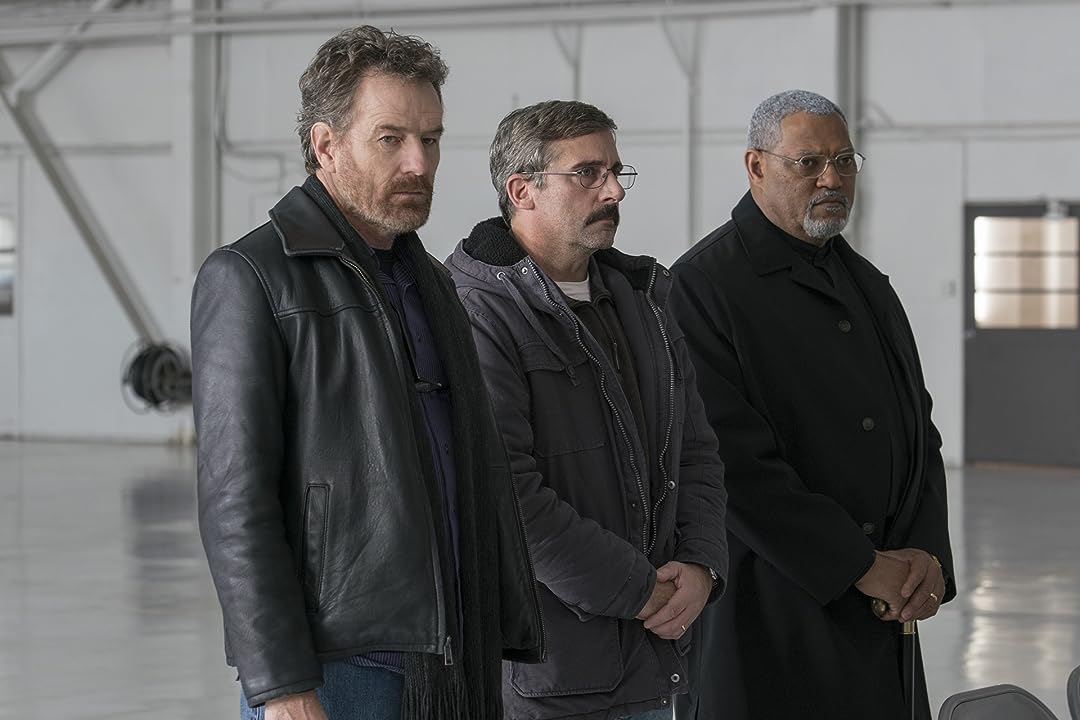 (1,484)
6.92 h 4 min2017X-RayR
A Vietnam veteran visits two of his fellow Marines to ask them with help in bringing the body of his son, a fallen soldier in Iraq, to Arlington. As they learn the truth about his death, they bond over the sore memories of their own troubled pasts.

J. Conrad StambaughReviewed in the United States on March 4, 2018
5.0 out of 5 stars
A film about friends and loyalty...
Verified purchase
Simply one of the best films I have seen in a very long time. A brilliant character study of friendship, loyalty and dealing with loss. The actors truly embrace their roles and I can imagine they all took substantial pay cuts to do this film. The one thing I have been reading in the reviews of this film is that it takes a strong liberal stance, I don't think that could be farther from the truth. This film centers around death caused by war, simple, it does not take sides and remains neutral only dealing with the result of combat and does not center on the war or the politics behind it. War never changes and this film could be about any war. Well, all I can say is please give this film a shot and prepare to be impressed :)
238 people found this helpful

ldemarReviewed in the United States on January 29, 2018
5.0 out of 5 stars
It's never the lie...
Verified purchase
POSSIBLE SPOILER ALERTS

This movie calling out the lie may seem disrespectful to the military but the movie also circles back and shows that the characters come to understand that this lie could also be an act of compassion when they themselves later meet up with the mother of a fallen buddy.

I watched my daughter die a terrifying agonizing death in a hospital and then caught the hospital team in a lie totally by happenstance. The discovery of a lie can send the grieving on a long horrible journey for the truth. Forcing them to relive and relive and relive the life shattering memories, either what they witnessed or the visions of the little they've been told or know or imagine until they are satisfied they know the whole truth. In this search for truth, there is no reward only more pain until it's over.

This movie asks questions but i don't think it dictated the answers. The son was buried in his uniform and all are proud of their military service. The brotherhood they share, despite their differences, is an inspiration.

Would it have been so awful to say to their buddy's Mom, "He didn't die saving our lives. But in life, he enriched ours so much that 30 years later he lives in our hearts every day. We are here visiting you because we wanted you to know that his memory continues to inspire the loyal brotherhood he selflessly shared with all of us during his life."

..but even after what I've been through, I'm not sure of the answer to my own question.

Asking questions is an American responsibility. Should we lie about or shroud the circumstances of death for any reason? This movie asks that question.

Let us all be reminded to support our troops every way we can when they get home.

Man of All SeasonsReviewed in the United States on February 27, 2018
4.0 out of 5 stars
Glad I Saw It - No Regrets Met My Expectations
Verified purchase
If your a Veteran and you served during the VN Era you will enjoy this movie. Doc the lead character is somewhat of a passive guy in my book and because of what happened in Nam look up and finds two guys that he served with to help with his son's military funeral after he was killed in Iraq. Many thing have changed over the last 30+ years and all three buddies at one time are now mismatched each having gone their own way. They try to get to know each other again. I did not find too many thing comical about this movie and my eyes welled up once or twice probably because of my own service experience. Give it a chance - it is not a war movie and as a Vet, any era, you will identify with the characters if nothing else.
198 people found this helpful

Ronald A. AdamsonReviewed in the United States on January 24, 2018
5.0 out of 5 stars
A Fantastic Movie!
Verified purchase
This movie isn't what I expected it to be. I assumed that it would be a little more lighthearted but the fact that the comedy is sparingly sprinkled in makes this movie much more believable. It is a moving tribute to the gold star families struggling with the loss of a loved one who proudly serve their country while coming to terms with the reason or lack thereof. It also highlights the importance of friendship, family, and love regardless of time or distance. Get the tissues ready because Last Flag Flying will certainly pull at your heartstrings.
247 people found this helpful

LDHReviewed in the United States on April 10, 2018
5.0 out of 5 stars
It does mean Something!
Verified purchase
As a Vietnam Vet who's son Did 7 tours in Afghanistan and 6 tours in Iraq, and knowing several veterans who lost sons in the Iraqistan affairs, I find this a great tribute to the men who fight wars, and to the personal cost of war to all involved.
246 people found this helpful

California DreamerReviewed in the United States on May 12, 2018
5.0 out of 5 stars
Surprise yourself with this underrated GEM !
Verified purchase
I was actually surprised at how VERY good this movie is. There are few movies I've ever watched that I would give 5 stars to, and none that I've ever reviewed. It may hold special interest for those whose families have served /are serving in the military. The acting is outstanding, and performed by some well-known (and personally favorite) actors. The story itself makes you think, and I like movies that do that; The story doesn't lend itself to pat solutions and the seemingly usual polarities we see around us every day. Most of all I think it is delicately balanced and lets us honesty see relationships similar to those we all have in our lives, "warts and all". .It isn't a melodrama, and it isn't a comedy, although there are elements of both. Your heart and your mind are likely to seriously engage if you watch this movie, which is a good thing from my perspective.
154 people found this helpful

Beverley PowersReviewed in the United States on February 10, 2018
5.0 out of 5 stars
SO GOOD!
Verified purchase
SO GOOD! It was like watching a Master Class in acting from all concerned. The film was all about violence without the need to show any explicitly. It also showed the inner costs to people who are involved in any kind of warfare. My Heart thanks the film makers.
168 people found this helpful
See all reviews
Back to top
Get to Know Us
Make Money with Us
Amazon Payment Products
Let Us Help You
EnglishChoose a language for shopping. United StatesChoose a country/region for shopping.
© 1996-2022, Amazon.com, Inc. or its affiliates