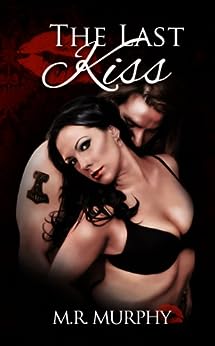 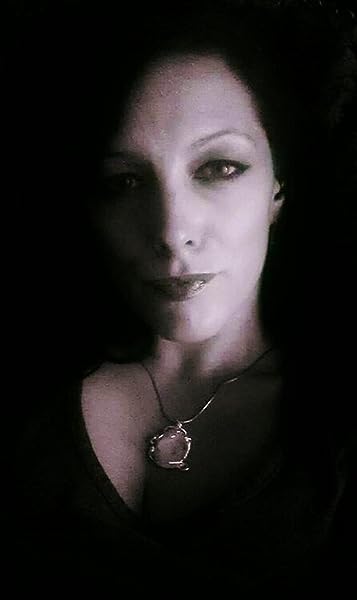 by M. R. Murphy (Author), Stephanie White (Illustrator), Amanda Wimer (Editor) & 0 more Format: Kindle Edition
See all formats and editions
Sorry, there was a problem loading this page. Try again.
When time and distance had separated them, Raeve and Aidan look back to the past and clear the way for their future. Once again, time threatens their love as Aidan prepares to leave for his next mission.
Can two star-crossed souls learn to overcome the past in just a few days and pick up where they left off?
Or are they doomed to travel the same road once again?
Only time will tell...
Read more
Previous page
Next page

She currently resides in the southwest with her family and one crazy cat.

An avid mountain climber, explorer, there's no place M.R. Murphy won't go to seek out inspiration. As well as writing, Murphy, spends her time running her photography company, and working with disabled children. She enjoys fencing, belly dancing and traveling. Since she was a teenager, she has been working with abused horses, where she utilizes Touch Therapy with them, as she is a certified Massage therapist for Humans and Horses. Her ultimate goal in life is to inspire others to follow their dreams. Perseverance, determination, strategic planning, ambition, compassion, an faith are the cornerstones of her philosophies.

Inspired from an early age, her vivid and elaborate imagination has created worlds beyond the daily reality. Where people could morph into animals and monsters were more treacherous than the villains on Saturday morning cartoons. M.R. Murphy will take you down a dark and twisted road to show you things like you've never seen before. Where the thick veil of night consumes more than your dreams and the beings you see in the daylight aren't really what they seem. Where love crosses over oceans of time and rages against death. Nothing is ever what it seems, and the deeper you venture into the creative works of M.R.Murphy.

Music is also a huge inspiration, and you can find her current playlists for her Series books on Spotify.

Favorite shows are: The Walking Dead, Game of Thrones, The Tudors, Ghost Adventures, and Charmed.

~Indulge in the sin~

3.9 out of 5 stars
3.9 out of 5
17 global ratings
How are ratings calculated?
To calculate the overall star rating and percentage breakdown by star, we don’t use a simple average. Instead, our system considers things like how recent a review is and if the reviewer bought the item on Amazon. It also analyzes reviews to verify trustworthiness.
Top reviews

threedanes
5.0 out of 5 stars The last kiss lingered and I wanted more!
Reviewed in the United States on September 25, 2013
Verified Purchase
The Last Kiss by M.R. Murphy is a beguiling love story. Raeve and Aiden find each other, fall in love only to be torn apart by circumstances beyond their control. Raeve is a woman who never thought much of herself, she continued on with her life only for it to be full of hurt the kind that is hard to come back from. Finally she is able to rid herself of the evil that has tried to destroy her life. She again finds herself in the strong comforting arms of Aiden, but will it last? This beautiful story just goes to show that a love by two people who go in different directions can reconnect once again. This story made me cry, made me angry which are all emotions made to come alive from a great story teller. M.R. Murphy is an author to keep an eye on in the future.
Read more
5 people found this helpful
Helpful
Report abuse

Kellie E Sullivan
4.0 out of 5 stars A Book That Anyone Can Relate To
Reviewed in the United States on October 3, 2013
Verified Purchase
I think we have all had that "someone" who we feel extremely passionate for. A person that always leaves us feeling breathless. I believe that this book captures that perfectly. Raeve and Aidan have that rare type of relationship where they actually love and admire each other. Their relationship seems so genuine even with some of the obstacles they have had to go through. Love is a powerful emotion. I would recommend this book to anyone. Enjoy!
Read more
2 people found this helpful
Helpful
Report abuse

MusicLover101
5.0 out of 5 stars The Last Kiss
Reviewed in the United States on September 27, 2013
Verified Purchase
This was such a lovely book. I was touched by the storyline as if I were living through it. This author has a way with words. They flowed so nicely, it just made the book all that more enjoyable. For a debut novel I was impressed. I look forward to reading more from this author who has now taken a place on my favorite's list. Great job!!!!!!
Read more
One person found this helpful
Helpful
Report abuse

Beverly J. Malloy
5.0 out of 5 stars HOT! HOT! HOT!
Reviewed in the United States on October 22, 2013
Verified Purchase
While I would like to see even more to the storyline, the ending especially had me cheering. love can really conquer all! Well done!
Read more
One person found this helpful
Helpful
Report abuse

Grandma Tami
4.0 out of 5 stars enjoyed this book very much
Reviewed in the United States on September 27, 2013
Verified Purchase
I really enjoyed this book only wish was a little more detail on the time in between would give it a 4.75 but not a button for that .
Read more
One person found this helpful
Helpful
Report abuse

Erika Lang
5.0 out of 5 stars A must read!
Reviewed in the United States on July 19, 2013
Verified Purchase
Oh man this book was amazing! I loved the wording M.R. used to make each scene that much moree memorable and inticing! The characters were amazing as well, loved Aiden, he was so sexy and just...damn...*sighs*! Raeve was a strong willed and fiercly independent woman who I enjoyed from start to finish. Aiden and her are perfect for one another and are a wonderful pair. I really enjoyed reading their story and getting to know them! This story is now the third book that I have read that made me cry, oh but it was well worth the tears. If you have not read this book you really should it is an emotionally sweet read that is sexy as sin and will hit home to anyone who serves in the military or has a loved one who serves in the military. This is a book that I will read over again and continously recommend to others. Absolutly wonderful read! "Always until eternity"~Raeve and Aiden
Read more
5 people found this helpful
Helpful
Report abuse

millenia716
1.0 out of 5 stars Badly written, trite, predictable smut
Reviewed in the United States on September 24, 2013
Verified Purchase
I hate this book so much. I love erotic literature, but not books that have no plot or character development. The author seems to think that this step is unnecessary, and instead creates a Hero, Villain, and Damsel in Distress that could easily be replaced with any other person without changing the book in the slightest.
The "love" between Raeve and Aiden seems to just be lust, and they don't seem to have any real friendship. Their relationship has no real soul to me. I should be able to care about the characters, but I don't even feel like they really care about each other. The ending is predictable, and the dark secrets and rumors are silly and ridiculous.
The author seemed to try to make this a respectable book by adding in an abusive ex-husband and some mentions of war, but over all the lack of plot and character development make me not care in the least what happens to any of these obnoxious people.
Raeve is the most annoying at all. A self-deprecating victim, she hates herself (constantly saying she's not good enough for Aiden) and other women (calling them bimbos and constantly being consumed by jealousy). The author herself seems to have some gender issues- making women seem catty and gossipy and making it seem like the only way that Raeve can become strong or find self worth is through a man (Aiden).
I like my erotica to be well thought out, well written (without trite and obnoxious phrases, like talking about him "slicing" into her "essence" until he's full of wet hot liquid lava rain...or something like that). If I wanted just a bunch of (weird) sex scenes broken up with short explanations for why there is so much SEXY SEXY SEX I can just go to Pornhub.
To top it all off, it's BORING!
Read more
9 people found this helpful
Helpful
Report abuse
See all reviews
Back to top
Get to Know Us
Make Money with Us
Amazon Payment Products
Let Us Help You
EnglishChoose a language for shopping. United StatesChoose a country/region for shopping.
© 1996-2022, Amazon.com, Inc. or its affiliates