The Last to Let Go and millions of other books are available for Amazon Kindle. Learn more
Share <Embed> 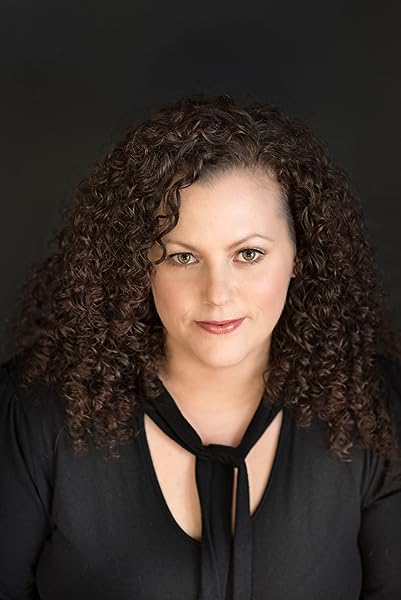 by Amber Smith (Author), Stephanie Einstein (Reader)
4.4 out of 5 stars 115 ratings
See all formats and editions
Sorry, there was a problem loading this page. Try again.

Page 1 of 1 Start overPage 1 of 1
Previous page
Next page
Start reading The Last to Let Go on your Kindle in under a minute.

4.4 out of 5 stars
4.4 out of 5
115 global ratings
How are ratings calculated?
To calculate the overall star rating and percentage breakdown by star, we don’t use a simple average. Instead, our system considers things like how recent a review is and if the reviewer bought the item on Amazon. It also analyzes reviews to verify trustworthiness.
Top reviews

Cyrus Webb
TOP 500 REVIEWER
5.0 out of 5 stars With THE LAST TO GO author Amber Smith tackles the tough conversations in a way that couldn't be any better
Reviewed in the United States on March 7, 2018
Verified Purchase
I have learned this about author Amber Smith: she's not afraid of the difficult conversations in her books. That was clear with her debut and it remains with her newest bestseller THE LAST TO LET GO.

We're introduced to another cast of characters that are dealing with love, loss and the aftermath of tragedy. Led through the voice of the main character Brooke we are able to see what it's like to deal with a life that you want to escape from and what happens when everything you've known is turned upside down. How difficult is it really to forgive and move on or will you be confined by circumstances and hold on to what was, never able to move forward and grow.

Along the way Brooke meets others who are dealing with their own challenges and difficulties, reminding us that we're not alone in what we feel. As one character struggles to be seen by her parents, we're able to also understand why for ourselves as well as the characters in the book it's important not to be swallowed up by regret and anger as we lose out on the possibilities that might be ahead.

Anyone who has ever wanted to belong will be able to see themselves in THE LAST TO LET GO,and realize that we never know what we can do until we try.
Read more
One person found this helpful
Helpful
Report abuse

J
3.0 out of 5 stars Decent
Reviewed in the United States on February 4, 2021
Verified Purchase
I REALLY liked the book “The Way I Used To Be”. I’ve picked it up multiple times to re-read it.
This book however, I’m struggling jus to get through it. It’s written nicely, but it almost just seems to drag on. There isn’t enough depth in it for me personally. I feel as though it just grazes them too and never fully dives in. I want to finish it, I’m just having a difficult time. A book I’m into doesn’t take long to get through. This one however has taken me two weeks and I’m not even half way through. I skimmed through it and it seems to drag on a lot.
Read more
Helpful
Report abuse

Prindaville
5.0 out of 5 stars Brilliantly written.
Reviewed in the United States on May 6, 2018
Verified Purchase
We all need to find ourselves before we can join together in a gratifying relationship. This captivating novel explores this theme in a sensitive, sometimes heartbreaking manner. The characters are compelling. I highly recommend this novel.
Read more
2 people found this helpful
Helpful
Report abuse

Ashley
5.0 out of 5 stars Amber Smith Excels Yet Agai
Reviewed in the United States on April 18, 2018
Verified Purchase
Astonishingly beautiful and emotionally stirring; The Last to Let Go is an emotional rollercoaster that brings in the darker sides of life many would rather not look into. Yet, it simultaneously gives light to the LGBT community while introducing characters of different ethnicities. Amber Smith is a writer that will NEVER let you down.
Read more
One person found this helpful
Helpful
Report abuse

Sabrina
1.0 out of 5 stars Not a book I thought it was
Reviewed in the United States on January 20, 2021
Verified Purchase
Save your money its a book about two lesbians. Save your money! Deleting from my library. I won't buy another book by this author
Read more
One person found this helpful
Helpful
Report abuse

cole
5.0 out of 5 stars buy amber's work
Reviewed in the United States on August 2, 2018
Verified Purchase
fantastic author! such emotion. I've never felt a ride like this before
Read more
One person found this helpful
Helpful
Report abuse

Lauren @ Lauren's Crammed Bookshelf
4.0 out of 5 stars Beautifully Written
Reviewed in the United States on February 8, 2018
Gritty, emotionally charged YA is a favorite of mine so as soon as I caught wind of Amber Smith's The Last to Let Go I knew I had to read it.

There are many aspects of The Last to Let Go that I loved; however, I think my favorite aspect was the characters. I love reading books about siblings, especially when they're so vastly different, and that rang true here.

Brooke, the narrator, is the middle child. She's quiet and bookish, spending the majority of her time doing school work rather than making friends and going out. There was something I liked about Brooke from the get-go. She's dealt with a lot of bad in her life - specifically at home - yet there's something still so pure about her. She has a hopeful way of looking at life, and I gave her props for that, but at the same time, she deals with her fair share of struggles, such as her changing relationship with her siblings, the confusion she feels over her mother's actions, her ever-changing relationship with Dani, a girl she meets at school, and the desire she has for a home rather than a house. I couldn't help but root for Brooke, and while sometimes I wanted to yell at her, especially when she pushed away the people who cared the most, I understood her actions. She had fire to her that's for sure, and she's definitely someone I would want fighting on my side. Callie and Aaron, Brooke's siblings, also worked their way into my heart. Callie was the most complex out of the three - it was hard at first to pinpoint her opinion on the accident - but like Brooke, she craves a home as well as normalcy. Aaron, the oldest, was strong. I loved the bond between him and Brooke, and I gave him major props for stepping up for his sisters.

The majority of The Last to Let Go focuses picking up the pieces and moving on from the accident that happened in the first few pages. What happens between Brooke's dad and mom is ripped from the headlines - wife kills abusive police officer husband - and it broke my heart to know that this is something that happens to families like Brooke's in real life. What I appreciated here, though, was the fact that Amber didn't present this as a black-and-white situation. Instead, she showed the grey areas as well. It was especially interesting to see how the siblings reacted to the accident- some sided with the father while others sided with the mother. It was interesting to say the least, because originally I thought it would be a very cut-and-dry situation. The court trial, especially, blew me away - it didn't go at all like I had anticipated. I also enjoyed seeing Brooke experience a series of firsts throughout the book - her first party, her first love, her first meeting with her grandmother. This book may've started with the accident, but the coming-of-age that Brooke experienced is what really stole the show, in my opinion.

Beautifully written as well as deeply moving, The Last to Let Go is a fantastic addition to contemporary YA. I can't wait to read more by Amber Smith.
Read more
2 people found this helpful
Helpful
Report abuse
See all reviews
Back to top
Get to Know Us
Make Money with Us
Amazon Payment Products
Let Us Help You
EnglishChoose a language for shopping. United StatesChoose a country/region for shopping.
© 1996-2021, Amazon.com, Inc. or its affiliates