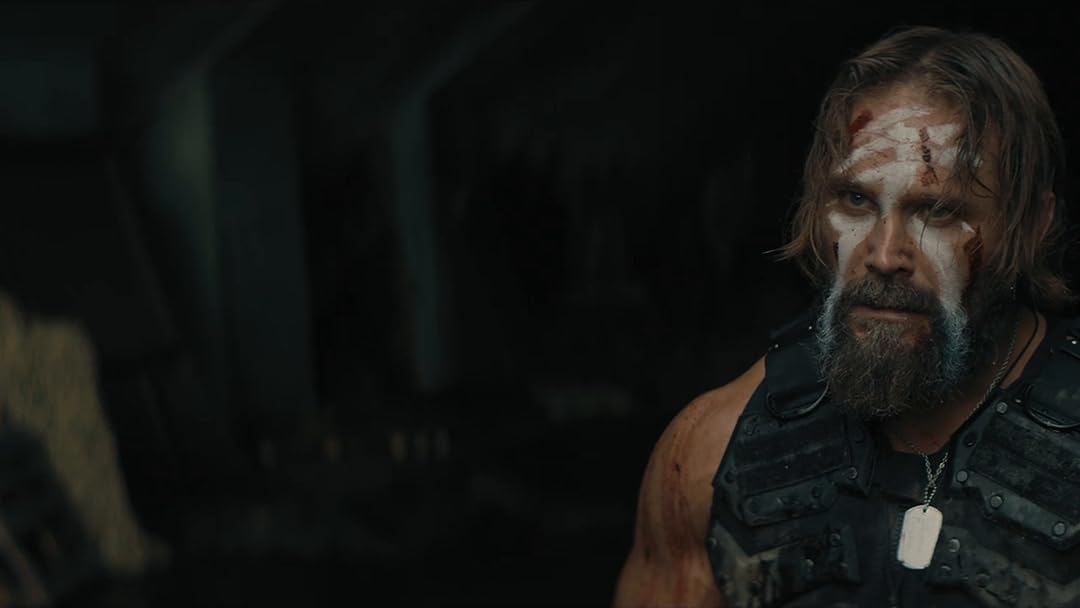 (847)
1 h 27 min2021X-RayR
After his wife's murder, an elite soldier goes AWOL and begins a solitary life in the wilderness. When a wounded woman arrives unannounced, he avoids getting involved-until discovering that her pursuer is the same man who killed his wife.

A. MullenReviewed in the United States on November 23, 2021
2.0 out of 5 stars
Too many plot holes and a confusing 'cliffhanger'...
Verified purchase
We've seen this before: 'You killed my [_fill in the blank_], now you must die'...

The 'acting' might have been capable, but was hampered by a very bad script and uneven direction. In several spots, this seemed almost like a cheesy 70s kung fu movie. There's one scene where eight bad guys in a very neat row (none of which have guns) take a turn trying to beat down the hero, and they each have a throw-away line before he curb stomps 'em.

It's stuff like that which makes Last Man Down hilarious in places. Also, some of the quick cuts were actually pretty good.

Oh, and the title. Shouldn't it have been 'Last Man Still Standing'?

If you're in the mood for unintentional cheese, get a bunch of friends together with some beers, a LOT of popcorn, and mentally prep yourselves for a movie along the lines of say, 'Shaolin Hercules vs. the Warrior Nympho Goddesses of Mars*', before queuing this up and it should make for a pretty good time. YMMV.

* To the best of my knowledge, I made that title up. But in retrospect, I think that it might have been a classic...

Mohammed G.Reviewed in the United States on December 26, 2021
1.0 out of 5 stars
Please I beg of you dont waste your money. Put it into crpto instead
Verified purchase
Ok
1.begging was horrible very confusing.
2.to many plots
3. Cheap cheap cheap movie
4.bad acting
5.they try so hard to be good
6.very bad English
7.fighting scenes was horrible
8.very bad background music that sounded so horrible
9.they did a good job on the trailer to make you watch it but I regret every bit
10. The layout and everything about the movie did not make sense and just poorly made

Reminded me of movies back in the 60s 70s on how poor the acting was
Wasted my money when their was a bunch of movies I wanted to purchase
Hope this review saves you money to not waste.
It was so HARD for me to finish the movie.

BEST WORD TO DESCRIBE THIS MOVIE …..’CRINGY’
One person found this helpful

Russell SReviewed in the United States on December 11, 2021
3.0 out of 5 stars
Mumble, mumble growl growl
Verified purchase
That is all I heard every time Daniel Stilsen spoke, mumbles and growls, the girl was just a bad actress. This is some type of dystopian future where the world is a disease, hmmmmm, and she is the cure. I have seen this many times and he turns his "home" into a killing ground when the bad guys show up to get her back. Not much more to say. I was not thrilled or bored. It is up to you to take the shot or not.
One person found this helpful

TomtomReviewed in the United States on December 23, 2021
1.0 out of 5 stars
BAD ACTING
Verified purchase
there is a lot of bad movies on Amazon Prime ... but this one actually hurt to watch. Acting is bad, the music score sounds as if it were sourced from one of those royalty free sites. And the actors ... there was so much plastic surgery involved here that this could have been a scifi/alien flick. I was at least hoping for some decent fighting choreography , but no luck. The actors moved as stiff as a board, and the strikes did not come within a mile of the targets, even camera angles could not hide that.
Dont waist your money!!
2 people found this helpful

D NormanReviewed in the United States on December 10, 2021
1.0 out of 5 stars
Horrible
Verified purchase
Don’t waste your money, the 15 seconds scene advertising this movie is the only good part about it. Bad acting, bad directing , unknown plot .. list goes on .. I fell asleep about 20 minutes into the movie
3 people found this helpful

James M.Reviewed in the United States on January 10, 2022
1.0 out of 5 stars
Waste of my time and money.
Verified purchase
This was probably one of the worst movies I have ever seen. Acting is poor, consulting on military tactics and arms not great, weapon use made no sense. Brief moments when I thought it would be good then it just went side ways. All the main actors are meat head body builders and unrealistic for any military movie. There military uniforms were very cheesey and made not tackle sense. The main girl went from knowing a little about guns and fighting to special ops level. Lol! I could go on and on. I wish I could have my time back. So not a great movie for me.
One person found this helpful

Joe WilsonReviewed in the United States on October 28, 2021
1.0 out of 5 stars
Just Don't
Verified purchase
If you pay like I did you deserve it, lol!
4 people found this helpful

chris cervantesReviewed in the United States on October 28, 2021
1.0 out of 5 stars
To much back round music 🎶
Verified purchase
Predictable , All the good parts are showing in the previews. Storyline was not great. Music playing throughout the whole movie Even in action parts. Pretty much a low budget movie. If I could give it half a star I would. Definitely not worth $5 to rent
4 people found this helpful
See all reviews
Back to top
Get to Know Us
Make Money with Us
Amazon Payment Products
Let Us Help You
EnglishChoose a language for shopping. United StatesChoose a country/region for shopping.
© 1996-2022, Amazon.com, Inc. or its affiliates