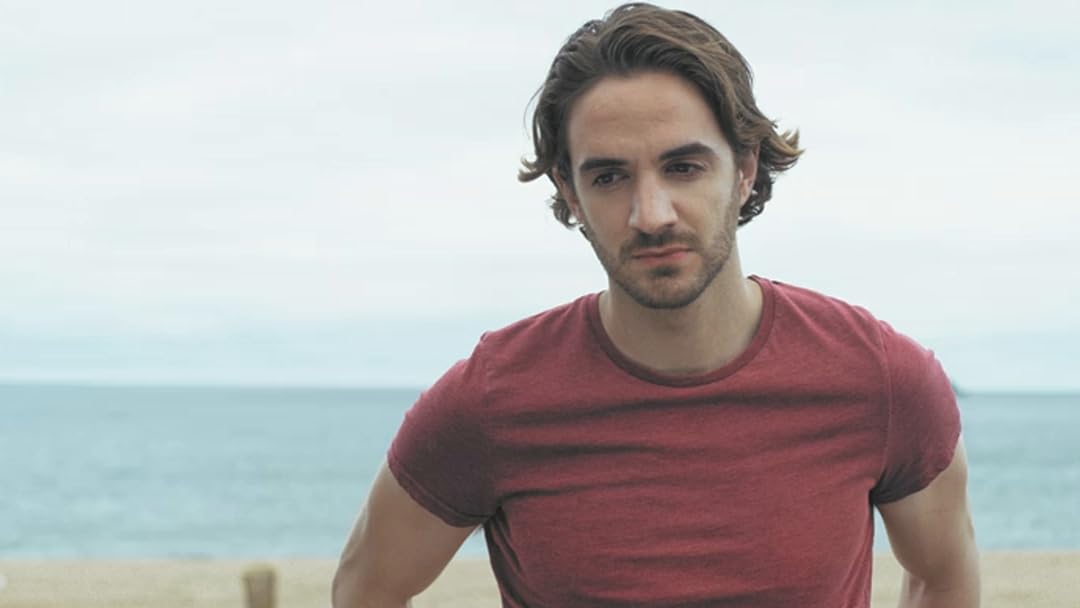 (376)
3.72 h 3 min201913+
Josh and his fiancé Olivia, both devout followers of modern Orthodox Judaism (she a recent convert from Catholicism), meet their beloved 92-year-old great-grandmother Claire for a beach outing. After lunch, Claire makes a shattering confession: She was never a Jew. Her life was saved by a German gynecologist and that she was his nurse, at Auschwitz.

LumenReviewed in the United States on April 23, 2020
4.0 out of 5 stars
Thought provoking; Nana was good; the other characters, not so much.
Verified purchase
The way Nana talks about her past reminds me of many of the interviews I've seen of German WW2 veterans. They speak fondly of homeland and unity under Nazi rule. It's true that they definitely do not seem repentant about their past deed's, and this film for sure; takes that into stride. But one thing I've always found interesting is that all these former citizens and soldiers of Nazi Germany will neither outright speak the opinion that they were right in their deeds, nor that they were they wrong. There might be a lot that needs to psychoanalyzed about that. We probably will never know the complete analysis for that, unfortunately.

I bought the character that was Nana, but all the other characters, their reactions, dialogue's, and personalities were all too one dimensional, and unbelievable. It's understandable that they would be upset, disgusted, and outraged by the revelation. But that's their Nana they're talking about and speaking to. Some things that were done in the film are uncalled for, and even extremely violating of any person, let alone a family member. Ultimately as individuals, we do not hold the strings of fate; and we are not masters. We just try to be as good people as we can be, especially to the ones we love.

StraubingReviewed in the United States on November 22, 2020
1.0 out of 5 stars
A croc of poop.
Verified purchase
This film fails miserably on so many levels: Historically, intellectually, emotionally . . . How does a German woman go from Auschwitz to Marseilles to Greece to America in 1944 when no ships left that port as the Allies controlled the Mediterranean, southern France was invaded by the Allies in August of 1944 (and severely bombed), and Greece was occupied by Germany through October of 1944 and then fell immediately into civil war that month? The father babbled about collecting reparations for his work based on Nana's life as though the state of Israel and surviving Jews who put in a claim were not compensated by Germany through today. The babble about blacks seeking reparations had no place in this movie. Good grief! I wasted $10!!!!
9 people found this helpful

Lainie FreeReviewed in the United States on November 10, 2019
3.0 out of 5 stars
It's hard to say how I felt about this movie....and yea..SPOILER ALERT
Verified purchase
As a Jewish woman of a certain age (how we refer to our elders) I am having terrifically mixed feelings about "The Last". How would I feel if my great-grandmother suddenly told me that my Judaism was false. If my mother had died years before and never knew that she wasn't Jewish and none us were. (For those who are unaware-if your mother was a jew you are Jewish--if only your father was, you're not) The acting in this film was solid but not great-except the woman who played the mother-She was terrific-in particular in the graveyard speaking to her mother's grave.Everyone one else was fine in their roles. But the woman (Rebecca Schull) who played the central character, who has played so many charming grandmothers on television and always, very genteel ladies is the most convincing in her role-She is un-repentant, un-apologetic and very, very hard to feel any sympathy or compassion for. I kept putting myself in the shoes of someone who's great-grandmother told me what she tells her great-grandson and his newly converted wife and knowing I would feel just as he did. Unforgiving and disgusted at her revelation. The movie is all dialog so if that's not your thing it'll drive you crazy. There are many technical mistakes in the film but I honestly do not know how to make this film well. The subject is so unimaginable, it's hard to picture it being in any way, palatable. So as I said at the beginning, it's too hard to say how I felt about "The Last". I didn't like it, I didn't dislike it. it made me uncomfortable but I had to watch it all the way through, if only to make sure she actually did kill herself at the end so I could feel a sense of closure. Good riddance. etc.etc. Take a chance on it and write your own review. ...it will be interesting to see what others have to say about it....
12 people found this helpful

YeledReviewed in the United States on April 15, 2020
1.0 out of 5 stars
Have any of the actors in this film encountered a homosapien?
Verified purchase
It's painfully clear that no one in this movie has ever met a jew. For a jewish movie, it's devoid of jewish senssibility or purpose. But given the trauma inflicted on hearing the stilted dialogue, I wonder whether any of the actors have had prior encounters with homosapiens? If this were their first time, and the movie was all some sort of Bettelheim-inspired experiment, they can be forgiven. And perhaps even applauded for their bravery. But, since that's not likely, I'll just chalk this up to more good money wasted on the undertakings of yet another film school graduate who should not have been.
7 people found this helpful

ContentReviewed in the United States on November 24, 2019
2.0 out of 5 stars
Meh. It's 90% monologues -decent monologues, but still, it becomes tiresome
Verified purchase
The actress that plays the Nazi grandma is actually REALLY good, and I am drawn in by her character, but all of the other monologues - seems like each family member gets one, well, they just can't pull it off. And these monologues are LOOOOONG. I'm talking over 30 minutes long. So unless you are really into one man plays off broadway sort of thing, well, the monotony of a single frame shot, same background, same actor/actress the entire time just going on and on and on....it just wasn't my thing. I watched it for over an hour, but just couldn't finish it.
4 people found this helpful

Amazon CustomerReviewed in the United States on November 16, 2019
4.0 out of 5 stars
A real family scandal
Verified purchase
This movie was so shocking I had to watch it twice to see if I had missed something along the way the first time. I am not sure how Rebecca Schull's character pretended to be Jewish for 72 years when she felt as she did. She didn't even like Jews. She had a hard upbringing and I suppose did what she could to survive. I think one thing that is wrong with the world is we put too much into people's religion. I don't think someone should be shunned because of their belief or disbelief. I didn't understand the very ending at all.
5 people found this helpful

Sheralyn ZetoReviewed in the United States on December 15, 2019
1.0 out of 5 stars
Just say no
Verified purchase
A horrible movie with what seems like hours long speeches/dialogues that make you question why you havent turned it off yet. Matter of fact, i am typing this during a horrible hours ling monologue, the movie isnt even over yet!
Good plot, could have been a great movie if anyone who wrote it gave it even 2 minutes of thought....really bad, dont spend money
4 people found this helpful

Steve HambrightReviewed in the United States on February 15, 2021
2.0 out of 5 stars
Not what you think.
Verified purchase
Movie felt more like the workings of a modern jewish family and not some secret kept by a grandmother. I kept waiting for it to go that direction but did not happen. Really a disappointment. I like all types of films even a low budget one if it has a good story line but this one I didn't even finish. Low budget poorly made acting felt like a friend if a friend got the part not professionals.
2 people found this helpful
See all reviews
Back to top
Get to Know Us
Make Money with Us
Amazon Payment Products
Let Us Help You
EnglishChoose a language for shopping. United StatesChoose a country/region for shopping.
© 1996-2021, Amazon.com, Inc. or its affiliates