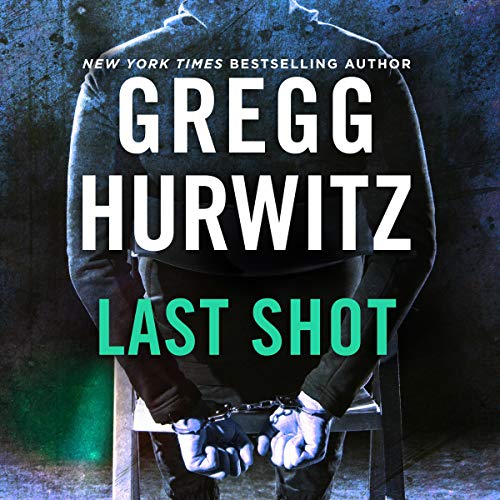 4.5 out of 5 stars
4.5 out of 5
42 global ratings
How are ratings calculated?
To calculate the overall star rating and percentage breakdown by star, we don’t use a simple average. Instead, our system considers things like how recent a review is and if the reviewer bought the item on Amazon. It also analyzes reviews to verify trustworthiness.
Top reviews

J. B. Perkins
4.0 out of 5 stars Great Concept!
Reviewed in the United States on February 22, 2011
Verified Purchase
If you've read the previous Tim Rackley series, you know he's a great character. Now imagine him going up against himself - only a younger, more well trained version! Walker Jameson, a prison escapee, is that person. You find yourself sympathetic to him in the same way you were sympathetic to Rackley in The Kill Clause. He's doing really bad things for some understandable reasons. Rackley is the head of the unit commissioned to bring him in or kill him trying. The relationship that ensues between the two is a very interesting twist on the usual good vs. evil scenario. I, too, found the beginning a bit slow. For me, the details of the scientific process was a bit tedious and the lengthy descriptions of the weaponry meant nothing to me. I am aware that other people could view this entirely differently. However, the story is wonderful. As always, Hurwitz, is an extremely talented writer who creates terrific characters in a continually exciting novel. The story about Walker's sick nephew, Sam, was made more poignant by Tim's reflections on his daughter who had been murdered several years previously and his tender interactions with his two year old son, Tyler. This makes Tim, who is a very tough U.S. Marshall, more human and vulnerable. You know he will rise to the occasion if and when he has to to do his job, but his struggle in dealing with his sympathy for Walker and his contempt for the people that Walker is after makes for a much more profound story. Hurwitz brings it all together in a masterful manner with a satisfying prologue to answer the few lingering questions. If you haven't read the previous books in the Rackley series, I'd recommend it, although there is enough explanation about the characters and back story that it could be read on its own.
Read more
4 people found this helpful
Helpful
Report abuse

Kindle Customer
4.0 out of 5 stars Need digital!
Reviewed in the United States on December 26, 2016
Verified Purchase
Love, the Rackl novels,

Wish this would come out on kindle or barnes. Noble. Please!
Read more
8 people found this helpful
Helpful
Report abuse

Amazon Customer
4.0 out of 5 stars Hero Vs. Hero
Reviewed in the United States on November 30, 2007
Verified Purchase
Tim Rackley, Marshall, is tasked to hunt a man who is seeking justice for his sister in the same way Rackley sought justice for his murdered daughter. Good concept, well paced, and a just outcome. Looking forward to more Rackley novels. Good Job!
Read more
One person found this helpful
Helpful
Report abuse

Kindle Customer
5.0 out of 5 stars Last Shot
Reviewed in the United States on February 16, 2013
Verified Purchase
very good. best of his books i have read so far. looking forward to reading some more of his books
Read more
Helpful
Report abuse

lacy
5.0 out of 5 stars Last shot is a great book
Reviewed in the United States on November 23, 2012
Verified Purchase
I enjoyed last shot! Its a great series to read. I am hooked on Gregg Hurwitz! The Tim Rackey Series is a great read!
Read more
2 people found this helpful
Helpful
Report abuse

The Duchess
5.0 out of 5 stars Definitely not his last shot.
Reviewed in the United Kingdom on May 2, 2013
Verified Purchase
Not quite up to the standard of some of his other work, Im have trouble identifying with the characters, but still a good read.
Well written in as much as you find yourself warming to the 'baddie' hoping he will escape the authorities fairly early on. The real villains of the story are picked off one by one in some pretty inventive ways. Tim Rackley, The Troubleshooter, has met his match pitting his wits against this escaped con trying to avenge his sisters murder.Worth taking off the shelf and getting yourself absorbed.
Read more
One person found this helpful
Report abuse

Suzy777
5.0 out of 5 stars Great
Reviewed in the United Kingdom on September 4, 2013
Verified Purchase
Ordered for my mother who loved this book. She has read all his others and says he writes amazing thrillers.
Read more
Report abuse

Crystal108
4.0 out of 5 stars happy to find audio of this hard-to-find book
Reviewed in Canada on February 17, 2020
Verified Purchase
I've been reading enjoying Hurwitz's novels. This particular book is a bit less suspenseful than some of his others but still enjoyable. I also like Robert Ludlum's books and Lee Child 's "Reacher" books. I like audio so I can listen with bluetooth while I do housework. The person who's reading does a great job - he has a wonderful use of expression and is clear and easy to understand. I was lucky to find this book for $5.43 on CD. I wish Amazon sold more of these at a lower price because I refuse (so far, anyway) to pay the high price for Audible books. I've been subscribing to SCRIBD instead but they have a more limited selection of books than Amazon.
Read more
Report abuse

M. Young
5.0 out of 5 stars I Love Gregg Hurwitz!
Reviewed in Canada on September 15, 2016
Verified Purchase
I love this Gregg Hurwitz series and am sad that this is the last in installment.Fast paced and a quick read.
Read more
Report abuse

Cornet Fabrice
2.0 out of 5 stars Not exactly "as new" !
Reviewed in France on September 30, 2019
Verified Purchase
The book was advertised "as new" . The Truth is … it wasn't ! It is well worn !!!
Read more
Report abuse
See all reviews
Back to top
Get to Know Us
Make Money with Us
Amazon Payment Products
Let Us Help You
EnglishChoose a language for shopping. United StatesChoose a country/region for shopping.
© 1996-2021, Amazon.com, Inc. or its affiliates