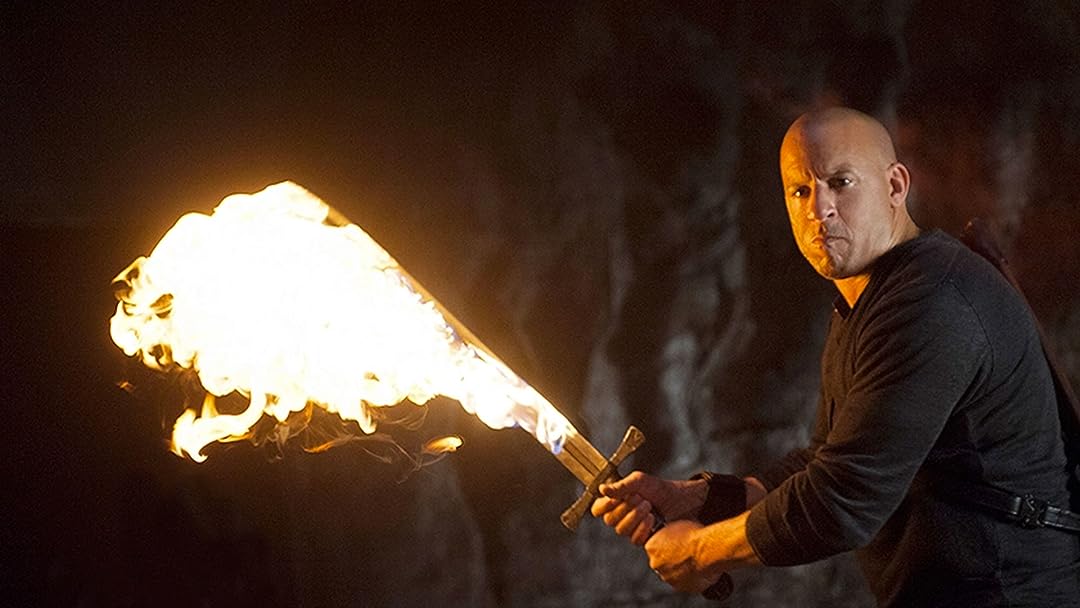 CustomerReviewed in the United States on December 22, 2018
5.0 out of 5 stars
I wish there was a sequel
Verified purchase
I personally really enjoyed this movie. The depth they go to give us intel on how magic is used and exercised is clever. Music was awesome and it was nice to know that Vin Diesal was really backing this film as he is a total nerd at D&D. It shows that he cared and wanted to make a great film. I know many might not agree, but I enjoyed it. I say at least give it a try if you are a fantasy fan :)
52 people found this helpful

joel wingReviewed in the United States on July 6, 2020
4.0 out of 5 stars
Surprisingly good mix of action and witchcraft
Verified purchase
The Last Witch Hunter was a fantasy story that was part period piece and part modern drama. The movie starts off in medieval times as Kaulder (Vin Diesel) and a group of warriors fail to kill the Witch Queen (Julie Engelbrecht). Kaulder becomes immortal in the process and eventually goes to work for the Catholic Church slaying evil witches until their queen returns and he has another chance at destroying her.

The story has a mix of action like the fight scene at the start against the Witch Queen and magic like when he discovers his friend was murdered by evil witches when he finds his room covered in a spell to cover up what happened.

I wasn’t expecting much from The Last Witch Hunter but it surprised me. I liked the fight scenes and Vin Diesel actually pulled off his role which I questioned beforehand.
C

Marrick R. FrostReviewed in the United States on January 17, 2017
5.0 out of 5 stars
Dungeons & Dragons : Rise of the age of Nocturnal Wasteland!!!!!
Verified purchase
This movie is amazing! It takes the timeless magic and storytelling of the D&D universe, and puts it through a simillar spin to the new game, "Castlevania, Lords of Shadow 2" By which I mean, urbanization. The explanation of magic decaying and becoming both more focused, and darker. It brings magical adventures out of the golden age of heroism of yore, and into a darker age, based on the world's ACTUAL history! (Loosely).
It then takes events into the future, to modern day, and at NO POINT, do you ever lose the thread. The plot moves in a nice flowing story, branching in little pieces of events that I really would love to have seen, but are simply good enough for back story here. (Though if they make a prequel, the rise of the Witch Queen's armies of Dream walkers and the like would be amazing. I'm imagining a Inception/Van Helsing crossover ???)
The characters were well thought out and deliciously fantastic to see come to life. It's said that Culder is actually Vin Diesel's Real Life D&D character from their games they hosted, while on the sets of the Fast & the Furious films. If that's true, I both wonder if those games shared this darker age, type of story, and whether or not Gary Gygax has seen this, and would like to make this the next cannon age for the D&D universe!!

For all those who love fantasy films, this one both came, and went out of theaters pretty quickly. I actually managed to see it in either Imax 3D or 3D in my local one at the time. This movie is so cool, I had to own it though. As I was saying, for all TRUE fantasy fans, this film does a really excellent job of bringing the magic out of the mid-evil era, and into the modern day. And even though I wish Michael Caine had a bigger role, his lines are inevitably, all fantastic! Vin Diesel does a wonderful job of making you believe his character has really walked through the ages. This one is sure to be added to your collections!!!
24 people found this helpful

MichaelReviewed in the United States on February 29, 2016
5.0 out of 5 stars
Vin Diesel breaths life into The Last Witchhunter!
Verified purchase
One of Vin Diesel's best preferences in a movie in a while! While funny, it still provides an action packed adventure, but instead of Mr. Diesel's usual roles as the indestructible man, he shows a kinder my thoughtful hero, who knows he can't do everything alone! While also showing a more vulnerable part of his character, and support, metaphorically, for women and their plight through a world that punishes and treats them unfairly! His supporting actors compliment his role with superb performances of their own as the movie takes us through twists and turns that keep you guessing!
41 people found this helpful

Rick JamesReviewed in the United States on August 30, 2019
3.0 out of 5 stars
Pretty cheesey.
Verified purchase
The special effects look old. The characters were pretty flat. They added a touch of romance to it. There's only a couple twists to it and they aren't particularly moving. It's emotionless. I liked it at face value but it's far from deep. Vin Diesel tries to be "hard nosed" in it but comes off as a one-dimensional action hero. It's a blend of fantasy, action and a touch of romance. Nothing special here at all.
8 people found this helpful

Viper7Reviewed in the United States on February 28, 2021
2.0 out of 5 stars
Absolutely a poorly written attempt at entertainment with no redeeming qualities
Verified purchase
This is a typical Hollywood fantasy thriller with nothing to grab one’s attention and nothing that happens is unexpected..just a boring attempt to make entertainment, almost a 1 star honestly.

Hollywood movies like this one, these days are quite frankly, poorly written due to lame talent in the writing community. Are there any good writers out there that can write a brilliant movie? Haven’t seen a brilliant written movie in many years, just ho-hum meh....Colleges and Universities that are producing writers need to rethink their game. Similarly poor talent is also in journalism with very rare blasts of brilliance from a very select few. Sorry for the aside but I’m just so disappointed with the writers in Hollywood and the media.
2 people found this helpful

ChrisReviewed in the United States on July 5, 2016
5.0 out of 5 stars
Great action movie with fun characters.
Verified purchase
If you like Vin you will like this outing from him, if he isn't your sort of guy then don't check this one out.
It felt a bit like a role playing game if one of the guys has the main character and his two buddies/friends have agreed to play supporting characters, one with secrets and one with powers of the opposing team. The scenes were cool, the effects good and over all the story was a good one as far as any story about witches and immortals can be. Speaking of immortals, it is nice to see one that enjoys being impossible to kill but keeping the good path under his feet and not lamenting the fact that everyone he knows or loves has died. Much better than many of the films in this genre.
15 people found this helpful

Laz Trinidad Reviewed in the United States on August 14, 2021
4.0 out of 5 stars
A very Underrate movie, Top notch special effects
Verified purchase
An enjoyable action/fantasy movie from the Gravelly voiced action star Vin Diesel, Best known for the Fast and Furious Franchise and Riddick series of movies, Decent acting from Vin Diesel who usually plays the tough guy with attitude, Here he plays Kaulder, A " witch hunter" cursed with immortality that carries a dark secret behind his curse, Definitely not boring or drags on too long, Unfortunately The Last Witch Hunter came out the same year as the commercial juggernaut " Furious 7" which may explain why it did so poorly at the box office, But don't be fooled, It's a fun action movie with dazzling special effects and intense action sequences, It's a movie worth watching at least twice.
See all reviews
Back to top
Get to Know Us
Make Money with Us
Amazon Payment Products
Let Us Help You
EnglishChoose a language for shopping. United StatesChoose a country/region for shopping.
© 1996-2022, Amazon.com, Inc. or its affiliates