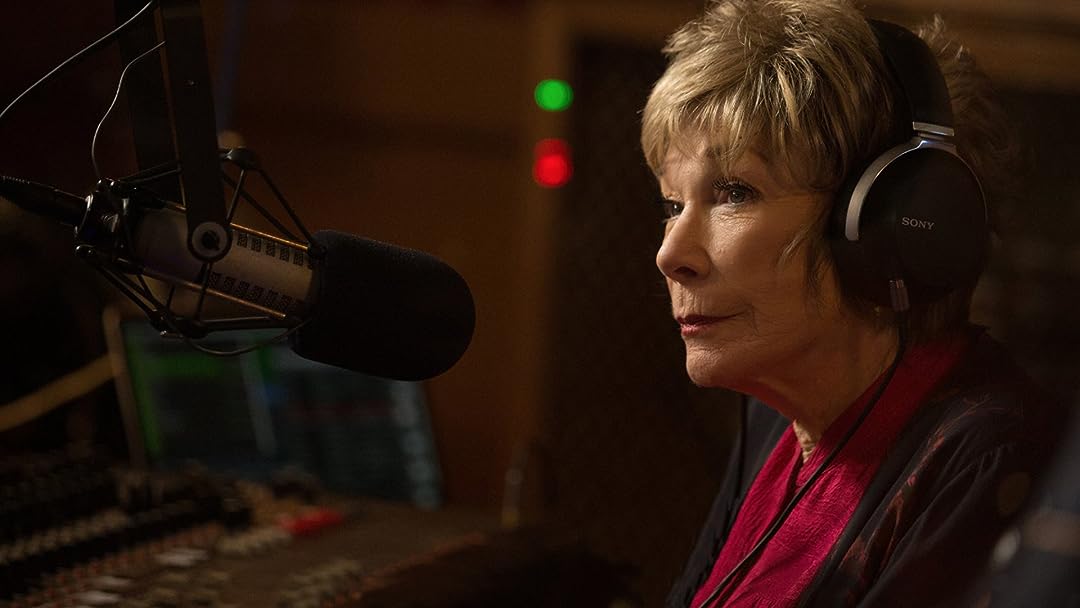 (1,790)
6.61 h 48 min2017X-RayR
A stubborn, retired businesswoman is determined to write her own obituary and solicits the help of a young journalist, a choice that leads to a life-long friendship.

Leaves STARZ in 4h 29mRentals include 30 days to start watching this video and 48 hours to finish once started.

Big MommaReviewed in the United States on July 6, 2017
5.0 out of 5 stars
Frighteningly good.
Verified purchase
If you are a young person watching this movie, one of the things you will take from the experience is: Think about now. Everybody dies. Oh, my God - think about now!

If you are an old person watching this movie, one of the things you will take from the experience is: Think about now. Everyody dies. Oh, my God - everybody dies!

I am willing to bet that if you are in the latter category, the message will be much more compelling. After all, if you are young, you have all the time in the world, right?

I loved this movie. It could have been saccharine. It was not. It could have tiptoed around the politically correct aspects of doing good things for the underprivileged. It did not (it was refreshing to see MacLaine's character pick her social good deed 'off the shelf,' so to speak!) It could have made the mother-daughter relationships culminate in teary cathartic encounters. It did not.

So many things a film like this could have done - but didn't - make it special in its category. I recommend it to anyone who likes music, who likes MacLaine, who is in Seyfried's generation and has older relatives, or who just wants a thought-provoking few hours seeing a story unfold.

Anita MReviewed in the United States on May 18, 2017
5.0 out of 5 stars
Another win for MacLaine
Verified purchase
This is probably one of the very last movies I would ever buy.....except Shirley MacLaine was in it. Looked at the trailer for all of 5 seconds and pushed buy. I'm not going to try to waste anyone's time with a synopsis. That's been done by someone with better writing skills and he did an awesome job.
If you enjoyed MacLaine in Steel Magnolias, as the cantankerous but underneath it all wonderful friend, or in Turning Point, as Dee Dee Rogers, buy this movie you won't be disappointed. MacLaine turns out another outstanding performance, along with Amanda Seyfried, Anne Heche and a host of other wonderful actors. Am so glad this popped up when I turned my Kindle Fire on this morning.
162 people found this helpful

Sonya MareeReviewed in the United States on June 22, 2017
4.0 out of 5 stars
Love love love love love
Verified purchase
Loved this sassy movie.
Perfect example of how powerful women are demonized in our society. Shirley MacLaine shines as always, Amanda Seyfried is better than usual and I don't know the name of the little girl, but she is phenomenal! It takes some real chops to be able to share screen time with Shirley MacLaine and not only keep up, but pull focus. That kid shined in every scene she was in.
Keep a tissue or two at hand for a couple of parts that will need it.
50 people found this helpful

The movie has a great message and several of Shirley's lines were so good (and thought-provoking) that I paused the movie to jot them down. I stumbled across this movie and I'm glad that I watched it. It does start a little slow so don't let that deter you. It picks up right away and you're soon immersed in the story. Great movie!
31 people found this helpful

GIAReviewed in the United States on June 11, 2017
5.0 out of 5 stars
Really cute movie
Verified purchase
I was bored and needed ANY movie to watch, I chose The Last word and was surprised, It was a GREAT movie (when I'm bored I usually pick crappy movies).
Every character was adorable and brought flavor to film.
The little girl cusses like a sailor so if your watching this movie with kids be prepared.

tigerlilleReviewed in the United States on July 2, 2017
5.0 out of 5 stars
Wise & moving...greatly underestimated
Verified purchase
An excellent movie. A bit of a slow start, it don't be deceived . I think that this movie is Shirley MacLaine's best. Wise and moving. At the end of her life, a brilliant woman mentors two younger women, and helps them jump start their lives. With an overall rating of 4, this movie has been greatly underestimated by the Amazon community of viewers. Able acting - the casting of Anne Hecht was genius.
24 people found this helpful

Linda W.Reviewed in the United States on July 9, 2017
5.0 out of 5 stars
A movie about unexpected friendship and finding family in those friendships
Verified purchase
This popped up on my Recommended list yesterday when I started browsing my Amazon Prime movie Watchlist. I checked out the trailer and was immediately hooked, and the movie did not disappoint. If you remember and liked Ouiser Boudreaux from "Steel Magnolias", you'll like Shirley MacLaine's character here - a gentler, kinder version of Ouiser, but still a strong character.

Harriet is a tough old broad, having come into the business world in the 1950s where women had to work twice as hard as men to make it. As such, she became a control freak to make sure things were done her way. Harriet's now in the twilight of her life, and wants to be remembered as someone who did something with her life. So she "hires" the obit writer for the local paper to write her obit while she's still alive (there's that control freak side coming out again!). Amanda Seyfried plays the obit writer's role perfectly - someone at the start of her career....who doesn't know what that career is supposed to be.

The female characters are all strong women - and this includes the young girl who plays Brenda, the young girl that Harriet chooses to mentor as the person's life she will have touched and made better. She's hysterical in her snappy comebacks with both Harriet and anyone else who gets in her way. The supporting cast (Anne Heche, Thomas Sadowski, Philip Baker Hall, Gedde Watanabe, and Tom Everett Scott) are all spot on in their roles as uptight daughter, radio station manager, ex-husband, gardener and newspaper editor.

Page RibeReviewed in the United States on November 20, 2018
1.0 out of 5 stars
Offensive on So Many Levels
Verified purchase
I was looking for something to watch and noticed that I had started this film some time ago but left after 20 minutes. So, I read some reviews. Glowing reviews! I assumed I had been interrupted before and sat down to watch from the beginning. This time I lasted 40 minutes. As many have said, full of cliches and totally predictable. Terrible acting. Terrible script. Nice interiors, though! I think I can tell you why this movie got so many good ratings, though; sadly, this is how a lot of people view the world, particularly the script writers out west. They really believe that "no one would marry a successful or educated woman 'back then.'" (At least some would). Or that women who get screwed in business or have to fight their way to the top (everyone does) have every right to become bitter and, don't we know, there is always a heart of gold beneath that crotchety, but "understandable," exterior. I didn't stick around long enough to meet the little black girl, but the glowing reviews make it obvious that it's ok for white people to feign interest in disadvantaged black children because, hey, that hidden heart of gold will shine through in the end and all will be well.(NOT). Oh, and my favorite, the writers are still working under the delusion the using the f-bomb is somehow sophisticated! (NOT, again) This movie is not just bad, but it's offensive on so many levels I could continue write this for the rest of the day.
5 people found this helpful
See all reviews
Back to top
Get to Know Us
Make Money with Us
Amazon Payment Products
Let Us Help You
EnglishChoose a language for shopping. United StatesChoose a country/region for shopping.
© 1996-2022, Amazon.com, Inc. or its affiliates