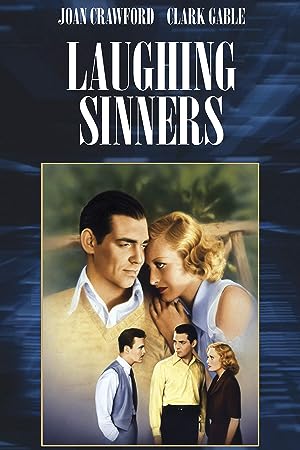 LucubratorReviewed in the United States on April 27, 2017
4.0 out of 5 stars
Fun classic oldie, but not so great digital transfer.
Verified purchase
Fun, period film. Only problem is transfer quality not great. Not the worst, but definitely not remastered. Picture not very sharp and audio can be muffled, especially during scenes with background noise (crowds, music, etc) making dialogue a bit harder to catch. But, if you want to own this film, a watchable DVD, and no other options that I could find at this time. Wish there was a remastered version, or better transfer. I'd buy it.
3 people found this helpful

Amazon CustomerReviewed in the United States on August 2, 2021
5.0 out of 5 stars
Everyone can e joy this movie.
Verified purchase
A great classic movie.

victoriaReviewed in the United States on July 8, 2014
5.0 out of 5 stars
Happiness:
Verified purchase
I
am vey satisfied with this purchase, Product performed very well. I would purchase from them again...
Any movie that Clark Gable is in has me happy,
I told my husband I married him due to the fact he reminded me of Clark Gable...My husband didn't mind this at all.
in fact sometimes we spoke about it and it brought happiness to the both of us...
Both my husband Fred, and Clark, are both gone, and I miss them both.. but It brought me HAPPINESS KNOWING THE BOTH OF THEM.
luved them both.
by,Victoria

C-MoneyReviewed in the United States on August 31, 2017
5.0 out of 5 stars
Crawford is Calculating!
Verified purchase
Great 1930s Joan Crawford film! What an actress and I'm screen presence! No special features sadly. These Warner Archive films are a great look at forgotten films but do not have any bonuses other than sometimes a trailer for the film.
One person found this helpful

Cynthia AlvarezReviewed in the United States on February 15, 2018
5.0 out of 5 stars
Five Stars
Verified purchase
Fab!

The plot is as follows: -- Club entertainer Ivy is desperately in love with her man Howard. Howard has plans to marry for money, however. Unable to tell Ivy to her face, he runs out on her leaving a goodbye note. Ivy is crushed. That night she is stopped from jumping off a bridge by Salvation Army man Carl. As she joins Carl with some of his work, she leaves the fast life and becomes truly happy helping others. Later the restless traveling salesman Howard runs into Ivy again. He tries his best to get her to be his mistress. Will Ivy revert back to her old life and return to Howard, or will she continue straight with Carl?

Crawford and Gable -- she already a star, he a rising actor -- coming together and making early music to the viewer's eyes. Before Hepburn and Tracy, these were the ones the public wanted to see together even if the film in itself was less than memorable, and MGM gave it to them 8 times -- and the rest is history!

Also a feature where one can get to see Crawford dance, sing, and indirectly, essay what would become a breakout role in RAIN only a year later.

Special footnote: -- Most of the film was shot with Johnny Mack Brown in the role of Carl when it was decided to drop this footage and reshoot it with Clark Gable.

Total Time: 72 min on DVD ~ Metro-Goldwyn-Mayer (MGM) ~ (June 22, 2009)
2 people found this helpful
See all reviews
Back to top
Get to Know Us
Make Money with Us
Amazon Payment Products
Let Us Help You
EnglishChoose a language for shopping. United StatesChoose a country/region for shopping.
© 1996-2022, Amazon.com, Inc. or its affiliates