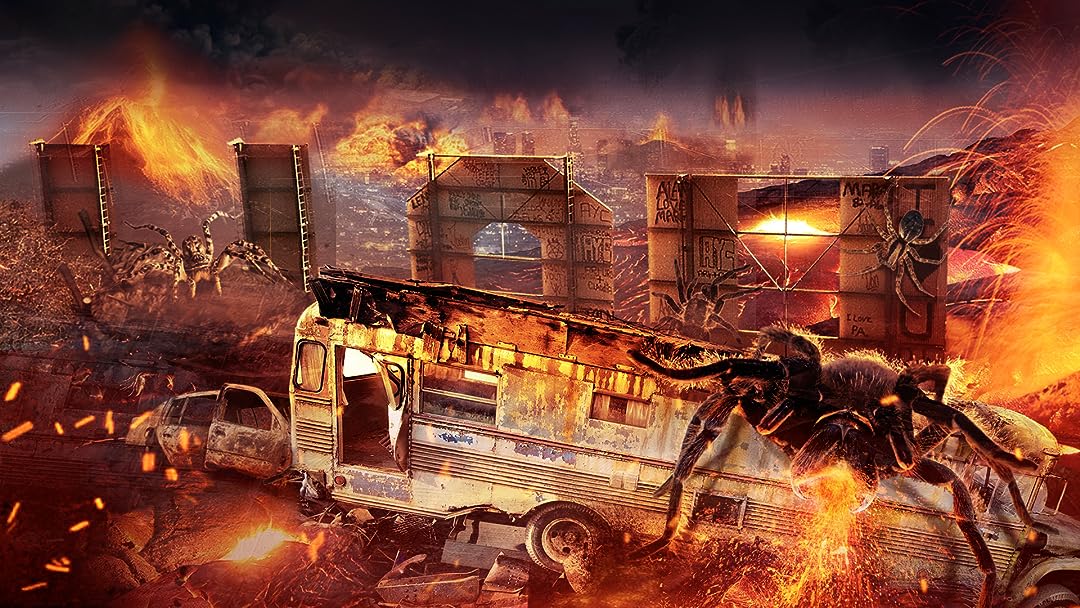 Linked Universe Discord Movie ClubReviewed in the United States on July 25, 2020
5.0 out of 5 stars
mylongestyeahboiever.mp4
Verified purchase
A GOOD BAD MOVIE HOLY HECK THIS WAS A GOOD BAD MOVIE WE FINALLY FOUND ANOTHER ONE ITS BEEN SO LONG!!

10/10 S TIER! COLTON IS GREAT BUT HIS WIFE IS THE BEST THING SINCE APRIL BOT!

BUT THE BEST PART OF THIS MOVIE? THE BEST PART?!? FIN SHEPHARD!! FIN 'SHARKNADO' SHEPHARD SHOWED UP AND HE WAS LIKE A BEACON OF HOPE IN THE TRYING TIMES THAT HAVE BEEN PIRANHACONDA AND WHALEWOLF!

GreystokeReviewed in the United States on March 25, 2020
5.0 out of 5 stars
Really Fine Crappola!
Verified purchase
This movie was made to make fun of itself plus so much from the old Police Academy movies.
If you can't stomach the first part of the movie, you're in the wrong genre, but the last battle, the last twenty minutes of this movie are fan-freakin-tast-tic!
Marty is the character from Police Academy who always had all the right sound effects for every occasion, and he does the same schtick in this movie, and does an outstanding job at it.

Colt is Steve Gutenburg's character and he does an amazingly good performance of a guy trying to remain relevant despite being a One-Hit Wonder actor.
The whole movie is a series of spoofs on the actual movie plot with so many Easter Eggs from the Police Academy movies that it became a contest to see who would catch the most.
My personal favorite was Pirate Jack bemoaning the loss of "The Blue Oyster", that was a funny line he used.

All in all, this movie has a lot to offer. I hope it won't take forever for the sequel to hit free Prime.

Avid readerReviewed in the United States on May 9, 2019
4.0 out of 5 stars
"You just saved me $1500 on a root canal."
Verified purchase
Words spoken while he was being beaten up. I didn’t expect such a hoot of a movie from Filmrise. This is a great B movie, with all the characteristics of what made the B movies of the 1950's such Saturday afternoon fun. Steve Guttenberg plays a sort of has been movie actor, and in the opening scene he is being beaten up, but then he is supposed to act in a bug movie, and he insists he won’t do a bug movie ever! Of course he hadn’t read the script to know. Nia Peeples plays his wife, and when she goes mano-a-mano with the lava dripping spiders, it is a great parody. The special effects were actually decent and so much of the movie was tongue in cheek. Naturally the scenario is farfetched and makes no sense, but who really cares. I enjoyed the varied cast off characters. The movie dropped a lot of one liners and there is a lot of parody. The joy is that no one took their character seriously. There is TV news reporting intermittent during the movie, and they report that Los Angeleans are going about their business as normal during all the chaos. And some of the LA crowd scenes were really very funny. If there is a thing to nitpick it is that his son found that CO2 killed the spiders, but when the got to the final battle, they kept referring to liquid nitrogen, and cylinders labeled liquid nitrogen could not be. They should have simply kept with the CO2 fire extinguishers, which were actually a lot of the cylinders. If would easily give it 4 ½ stars.

EinsatzReviewed in the United States on November 14, 2015
5.0 out of 5 stars
“I’m going to die in this city..........but not tonight!”
Verified purchase
Dopey, but great fun.......if you like obscure nostalgia (they reteamed “some” of the Police Academy actors for this bug-fest). Let’s just say (in the nicest way possible) that they did not all age well.

Since I first saw this movie on TV, I knew exactly what I was getting. I bought it on purpose! I thought Steve Guttenberg was a hoot as a desperate actor still cashing in on an old-old movie he once made (and remains the only thing he's famous for).

Of course Lavalantula is cheesy and silly, and well, yes, stupid too, I still found it highly amusing. I love killer bug flicks, especially when they are BIG killer bugs and these particularly CGI bugs spit lava! That’s insane and totally cool! But it is a level of crap you have to have a particular fondness for, otherwise it’s just dreck.
13 people found this helpful

Anatole FioritoReviewed in the United States on January 9, 2019
5.0 out of 5 stars
Amazingly good B movie
Verified purchase
I thought this movie was gonna be as bad as other cheesy B grade movies but it surprisingly really good. The actors are semi decent and there is a pretty easy to follow plot line. It kind of reminds me of the plot line in "8 legged freaks" The best part of this movie were the spiders by far. I love arachnids and i love movies about giant Spiders, BUT fire breathing lava spiders!?!?!? OMG that was a spider nerds delight. the design of the spiders was genius because when the opened their mouths you can see the heat billowing out of them. IT WAS WICKED! i now love this movie and recommend it to others who love these kinds of movies

SIS01Reviewed in the United States on December 22, 2018
5.0 out of 5 stars
Deliciously cheesy homage
Verified purchase
This is a wonderfully cheesy homage to a bunch of movies.

I think that I recognized only about 25% of the references that the producers of this movie stole from/paid homage to.

There are two tropes I did not notice (although maybe I will on a re-watch):
- A "Wilhelm scream"
- Car key stored above the sun visor.

This video would be greatly improved by presenting it in a dual screen format:
- The movie, itself, on one screen,
- The referenced movies scenes from the source movie on the other screen.

prints-to-goReviewed in the United States on November 28, 2018
4.0 out of 5 stars
Was really surprised!
Verified purchase
I saw this had decent reviews so I gave it a shot and it was not bad. Mind you I'm a Police Academy fan and this is like watching the old gang together again. Steve Guttenberg was his typical great self but the rest of the cast was great as well. Hamming it up and not really taking it too seriously but still not phoning it in like I saw with the awful Sharknado movies. Special effects are all CGI which is king of a bummer since hokey movies like this would be even better with some bad stop motion miniature work giving it that old school feel.
One person found this helpful

I enjoy serious movies, sci-fi and other, as well as anyone. But I also enjoy the occasional corny, over-the top, tongue-in-cheek humorous movie like this one. If you do too, you should enjoy Lavalantula, and probably its sequel, 2 Lava 2 Lantula, also starring Steve Guttenberg. The best such movie I have ever seen is Big Ass Spider.
3 people found this helpful
See all reviews
Back to top
Get to Know Us
Make Money with Us
Amazon Payment Products
Let Us Help You
EnglishChoose a language for shopping. United StatesChoose a country/region for shopping.
© 1996-2022, Amazon.com, Inc. or its affiliates