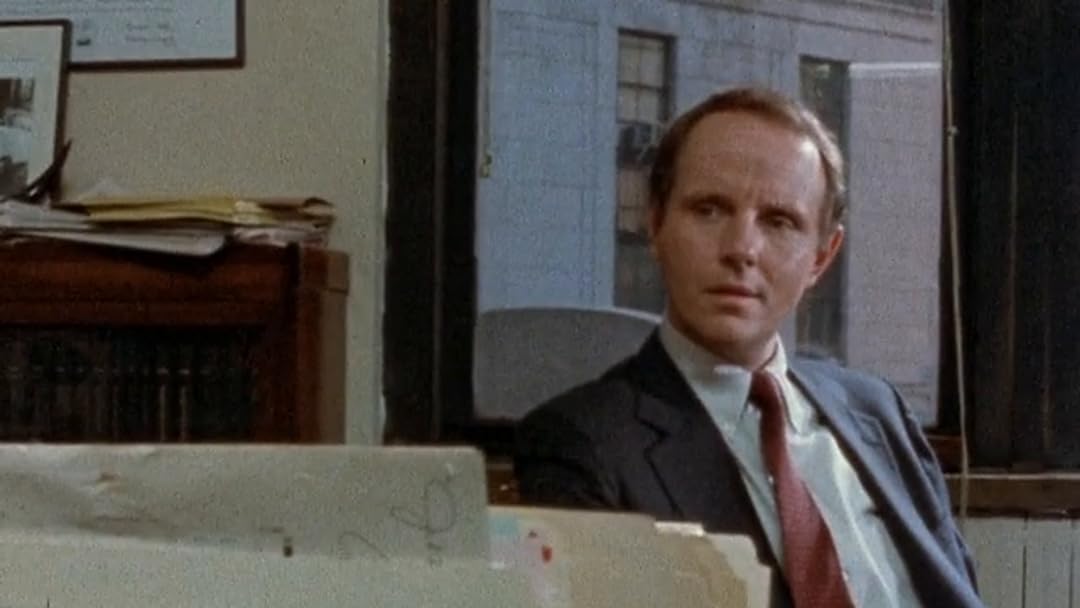 (1,731)
7.81991TV-14
When Law & Order premiered in its first season, it represented a conscious shift away from many of the conventional one-hour dramatic series of the era. Emmy-Award winner Michael Moriarty and the critically acclaimed George Dzundza head the cast of this unique crime-drama series shot entirely on location in New York.

rosekrystofolskiReviewed in the United States on November 4, 2020
5.0 out of 5 stars
First season of one of my favorite TV shows of all time
Verified purchase
Law and Order is one of the best TV shows ever made. Amazon Prime currently only had seasons 1 and 2 and seasons 16- 20 available. I'm happy to have them, but very disappointed that they don't have seasons 3- 15 and I really hope that Amazon Prime can get them. I'm not the only person who wants to see them, I know dozens of people who have told me that they were disappointed that the rest of the seasons of Law and Order are not available. Hopefully they will get them soon
13 people found this helpful

Amazon CustomerReviewed in the United States on January 19, 2017
5.0 out of 5 stars
The Original Is The Best
Verified purchase
With all due respect to L&O: Criminal Intent, L&O: SVU, and L&O: UK----the original Law and Order series is still the BEST. Even the early seasons from the 1980s and 1990s (Big hair, bright colors, power suits, shoulder pads...etc.---and all) are as interesting, suspenseful and thought provoking as the later episodes. Speaking of which; when is Amazon going to make all the episodes between seasons 2 and 16---a significant gap!--available for streaming? particularly the episodes in which actors Jerry Ohrbach and Benjamin Bratt are partnered up??? The WHOLE series is available on DVD but I prefer the convenience and portability of streaming. By the way: how about streaming Law and Order: UK while you are at it?
46 people found this helpful

jkakiReviewed in the United States on February 5, 2019
5.0 out of 5 stars
The first season of the best show of its kind
Verified purchase
I've always loved this show. The SVU spinoff is going on for a long run, but I wish the original series could have gone on a little longer. Season 1 is a little dated, seeming more 1980s than 1990, but it is great to see Chris Noth (Det. Logan), Dan Florek (Capt. Cragen), Michael Moriarty (ADA Stone) and Steven Hill (DA Schiff) at the beginning of the series. And I'd forgotten about George Dzundza (Det. Greevey) and Richard Brooks (ADA Robinette). Classic stuff! I'm looking forward to watching through Season 3, when Logan works with Paul Sorvino (Det. Cerreta) then the inimitable, immortal Jerry Orbach (Det. Briscoe)!
12 people found this helpful

QueenAmazonReviewed in the United States on January 24, 2017
5.0 out of 5 stars
Timeless Top Notch TV
Verified purchase
All the usual suspects make this show Binge Worthy: The Crusty Dets Greavy & Logan, Stressed Out Capt Cragen, Squeaky Clean Ben Stone, etc. This is The Mother of all Cops Shows topped off by Time Worn Judges & Lawyers with lines snappier than their clothes. It's also so much fun to watch The Law at work pre Smartphone. Black Dial telephones, Rolodexes, Pencils & Rulers, Chalk & BlackBoard and Brainwork got The Job done. A classic show that is a must watch. It's also fun trying to spot some of the future celebrity perps that show up in a few episodes.
25 people found this helpful

Jonny OlaReviewed in the United States on October 4, 2020
1.0 out of 5 stars
How did it go so far?
Verified purchase
I started watched this show in the 10th season and wanted to see where it began. I cannot figure out how this show continued with the poor pacing, the 100s of pregnant pauses between Noth and Dzundza, and the crudely handled social issues. If there were a way to get my money back from the digital purchase -- I would.
4 people found this helpful

Paper or KindleReviewed in the United States on April 19, 2013
5.0 out of 5 stars
High on quality, low on special effects
Verified purchase
Surely everyone has watched at least one episode of this ubiquitous program by now. From 1990 to 2010, it was a must-see on tv, and has since achieved immortality through reruns on multiple channels. Apparently that wasn't good enough for me, as I just bought the entire first season and watched all 22 episodes in order. Ahhh! First, the price can't be beat - 22 beautifully acted shows for a mere $14.99. Second, that terrific acting was performed by both seasoned and novice people whose careers have often blossomed in the years since then. In one, I was delighted to see a young Ice-T doing a very neat break-dance. Third, the writing is great. A lot of the episodes are "ripped from the headlines" with interesting spins. The photography is rather grainy. I believe this was done deliberately to emphasize the gritty nature of police work. The precinct is as shabby as any stereotyped cop shop. There are almost no special effects; the storyline and acting carry each show without any need for flash and dazzle. I think a really good reason to watch this is to see the beginning of the iconic series. People who were more accustomed to recent incarnations of it, such as S. Epatha Merkerson as the Captain, would be surprised to see her first appearance in Season 1 as a widowed mother whose baby was killed. Viewers of Law & Order: SVU who know Dann Florek as Don Cragen can see his early career as Captain in the parent series. Chris Noth, who later wound up in Law & Order: Criminal Intent, is a hot-headed (and very handsome) detective here. There were no bad episodes. No mediocre episodes. Each and every program is wonderful, and a few are true stand-outs. I highly recommend this. Consider: I've been watching Law & Order for 23 years, and I've never become tired of it. I've seen these episodes numerous times, and enjoyed them just as much now that I bought the whole first season. I can hardly wait to view Season 2!
29 people found this helpful

IndyhorsewomanReviewed in the United States on June 10, 2021
5.0 out of 5 stars
Love this show.
Verified purchase
As soon as I bought this season the TV station started playing some of the older episodes. Love the show. When they first came out I was working 7pm to 7am with mandatory overtime. So occasionally I come across a show I haven't seen. It is very rare though.
2 people found this helpful

Bstrassell0001Reviewed in the United States on September 1, 2013
5.0 out of 5 stars
A beautiful result of the Reagan era!
Verified purchase
No; I'm not getting political; instead; I'm indirectly quoting Dick Wolf! In his featurette for the first season of Law & Order; Wolf talks about his inspiration to create L&O and how, at the time (1988), the show's title was becoming more commonly known as a result of the Reagan administration. As Wolf also adds, Law & Order is the very first cop show to observe both cops ***and*** lawyers prosecuting; rather than just cops! Two years before creating Law & Order, Dick Wolf had become a frequent screenwriter for Miami Vice, and the same grittiness he gave Don Johnson and Philip Michael Thomas, he gave original L&O stars George Dzundza (written out after the first season due to having to share the star title with his cast mates and being frustrated with having to commute from Los Angeles to New York constantly) and Chris Noth.

Dzundza and Noth were not introduced without style, either. They tell jokes and, at the same time, they manage to put the fear of God into criminals, the very men and women who threaten the street of New York City and abroad. Their backgrounds are quite unique: while both men are Catholic, Dzundza's Detective Sergeant Max Greevey happens to be a very devout Catholic. As we learn from the episode Life Choice, Sergeant Greevey is pro-life and cares deeply about the lives of innocent, unborn babies. Detective Logan, meanwhile, is cynical of his Catholic "faith" (quotation marks not on behalf of the faith itself but of Detective Logan's cynical faith--which isn't really faith, as you learn from getting to know Logan better) and is pro-choice entirely. Detective Logan hurts for the women who lost their clinic (to a bombing) and Sergeant Greevey struggles to not empathize with those guilty for the bombing.

Ah, yes: the episodes of Law & Order are, as it has been commonly said, "ripped straight from the headlines." They can be very disturbing at times--sometimes too disturbing. But, as we all know, a show has to be honest in order to be real.

With the character progression, action, suspense, drama, and sometimes humor, plus bonus features (a preview for the Law & Order computer game and interviews with Dick Wolf and fellow L&O crew members about the creation of the show and its background), the first season DVD for Law & Order is, hands down, a winner.

Features Dann Florek in his current SVU role as Captain Donald "Don" Cragen, along with (for one episode each, separately of each other) S. Epatha Merkerson and Courtney B. Vance, three years before Merkerson joined the cast of L&O and eleven years before Vance joined in the cast of L&O: Criminal Intent (neither of them play their future, permanent characters).


10 people found this helpful
See all reviews
Back to top
Get to Know Us
Make Money with Us
Amazon Payment Products
Let Us Help You
EnglishChoose a language for shopping. United StatesChoose a country/region for shopping.
© 1996-2022, Amazon.com, Inc. or its affiliates