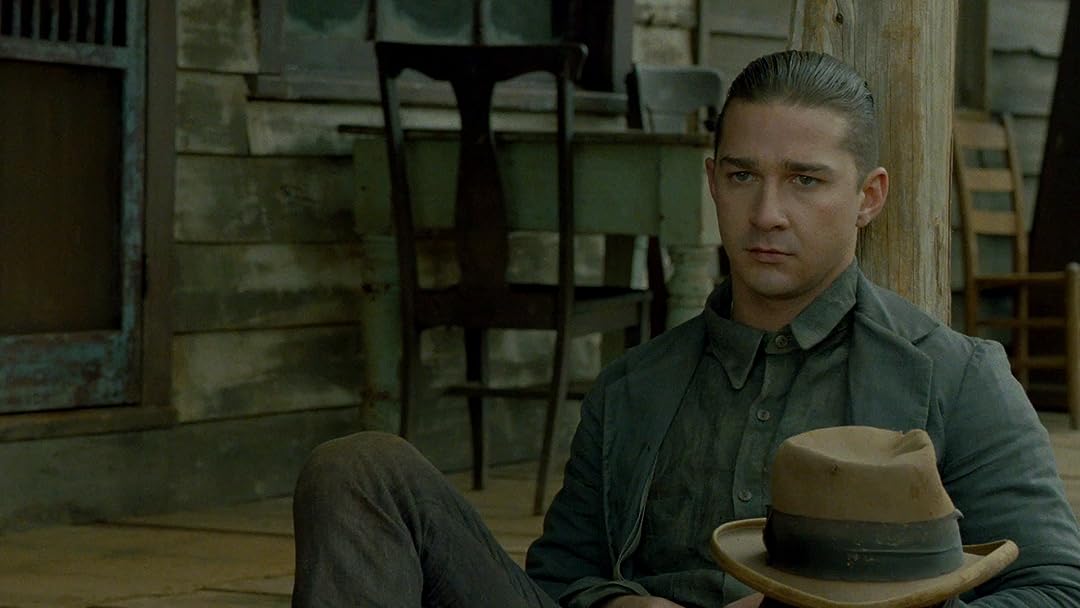 (15,083)
7.21 h 55 min2012X-RayR
In Depression-era Virginia, three bootlegging brothers are threatened by a new special deputy and other authorities angling for a cut of their profits.

SaliniReviewed in the United States on December 31, 2017
4.0 out of 5 stars
One hell of a gritty movie...
Verified purchase
This is one hell of a gritty movie, and looks very realistic to the period portrayed. It's not a fun, feelgood story though. It's a tale of bootleggers during Prohibition so prepare yourself for violence and blood. The cast is fantastic with outstanding performances by Jessica Chastain, the amazing and versatile Tom Hardy, Guy Pearce as a nasty lawman, and a surprisingly deep and touching performance by Shia LaBeouf. I would say this is his best performance to date, Oscar-worthy even. I give it four stars, not five, due to the dark nature of the story which at times was hard to watch. If you want a realistic film about moonshiners from the back country, this is it. If you want superb acting, this is it. If you want a comfy night with a feelgood movie and some popcorn, this definitely isn't it. It's exciting, scary and suspenseful but very violent, so pick wisely. And thanks to the great actors for setting the mood well.
45 people found this helpful

Just JJReviewed in the United States on March 6, 2022
5.0 out of 5 stars
Gritty, Accurate Portrayal, Fine Acting All Around
Verified purchase
The acting was phenomenal all around, good guys and bad guys. And frankly the business they were in, nobody was a good guy. My Grandfather was a bootlegger, and my cousins in South Carolina ran moonshine. This movie is pretty accurate based on the stories I heard from my father when I was young, down to my Grandpa sleeping with a gun under his pillow and my Daddy having a car that was souped up like the one Cricket did up. This movie was Oscar worthy, from the acting to the score, that it didn't win was not surprising, it is a gritty, violent, dark movie....but very worth watching.
6 people found this helpful

Super DaveReviewed in the United States on February 21, 2018
5.0 out of 5 stars
Super Dave says, If you haven't seen you're truly missing a great movie.
Verified purchase
This is a great movie to watch. Tom Hardy in my opinion gives his best acting ever in this movie. In fact all the actors give you a great performance in a story based on the book that was a true story as told by a family member. The movie more or less follows the book real well since I have read the book and advise you to do the same. As being from an rural area I can say the director did a wonderful job matching the background to the actual style of life and looks of that time era. Only had one issue and that was of the paved roads. Simply put paved roads back then in the rural hills areas of Virginia were far and few in between.
23 people found this helpful

DEPLORABLE MIKEReviewed in the United States on March 23, 2018
5.0 out of 5 stars
You will watch this movie over and over.. under rated.
Verified purchase
Five Stars "Underated Movie". Tom Hardy is the best actor working today. If you like this movie you must see Tom hardy in "The Drop". My father and grandfather were brought up in the same time period and region as "Lawless". I can say for a fact this movie is very acturate. As a boy in the fifties I witnessed much the same business which was common in Southern Virginia,West Virginia, and Eastern Kentucky. There are many "Dry County's" in these states today where bootlegging flourishes. Wheres theres illegal activity there is violence. Lawless AAA+++
20 people found this helpful

joel wingReviewed in the United States on January 28, 2021
3.0 out of 5 stars
Moonshiners vs corrupt cops during Prohibition
Verified purchase
Lawless is about moonshiner outlaws during Prohibition going up against the corrupt cops and district attorney. It features three brothers Tom Hardy as Forrest, Jason Clarke as Howard and Shia LaBeouf as Jack. The Bondurant family had a reputation for being invincible and would not let anyone push them around. They came into conflict with a new district attorney and his henchman Special Deputy Charley Rakes played by Guy Pearce. The D.A. wanted a large cut of the Bondurant’s business which they refused which led to a war. The movie is loosely based upon a true story.

The movie works on several levels. It focuses upon the independence and hard headedness of the Boundurants. They were used to their ways and wouldn’t let a newcomer like the D.A. and Deputy Rakes tell them what to do. Guy Pearce stands out for being a truly despicable and unlikeable character. The first time you see him you can tell he’s a slime ball which was a fantastic job by the make-up and wardrobe department. Tom Hardy also gives a strong performance as the quiet but brutal head of the family. There’s also gun play as the two sides try to battle it out. Overall it’s a very engaging story.
C

GCH2124Reviewed in the United States on March 7, 2017
5.0 out of 5 stars
Five Stars
Verified purchase
I feel comfortable saying this from a position of staunch heterosexuality:

Ron, WilliamsbufgReviewed in the United States on December 4, 2020
2.0 out of 5 stars
NOT a good story. All over the map - disappointed!
Verified purchase
This film, while purporting to be based on True Story never finds itself. Several good suspenseful interactions and moments of great acting in a historic depression era backdrop rang true yet it was all over the map with the characters. No focus and the climactic ending was so quickly set up, lacking in reality and dissatisfying I trashed the DVD. Amazingly, after a gory buildup with over the top characters the Director and screenplay to a reverse course after a stupidly quick end action scene - they tried to wrap it up as a positive 'happy ending' love story for the secondary peripheral characters which was ridiculous after all the prelude to it. No redeeming virtues here!
2 people found this helpful

Anonymous Reviewed in the United States on March 3, 2022
3.0 out of 5 stars
The sound needs to be remixed
Verified purchase
Delivery was fine and quick, the DVD arrived in good shape. Visually, the movie was fine. The problem is with the audio. Background music/sound is often too loud to understand the actors who sound like they are speaking through a doubled over bath towel and are directed to speak in hushed, croaking tones. They are often very hard to understand. I would have to rewind the movie to re-listen to understand and usually had to give up. I really want to like this movie, but I can't. I can't recommend this as a purchase. I intend to purchase the book to better understand the story.
See all reviews
Back to top
Get to Know Us
Make Money with Us
Amazon Payment Products
Let Us Help You
EnglishChoose a language for shopping. United StatesChoose a country/region for shopping.
© 1996-2022, Amazon.com, Inc. or its affiliates