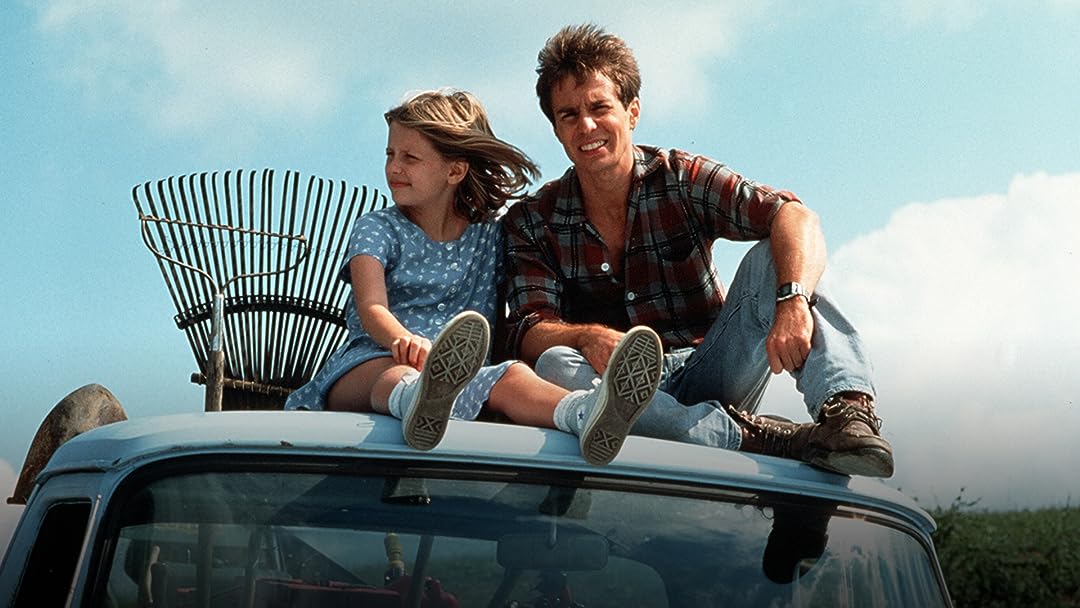 (205)
7.41 h 36 min1998R
In this bizarre but heartfelt suburban drama, a misanthropic young girl (Mischa Barton) strikes up an odd friendship with the reclusive 21-year-old lawn caretaker (Sam Rockwell) who lives in the woods behind their idyllic community.

Amazon CustomerReviewed in the United States on March 20, 2019
1.0 out of 5 stars
Creepy
Verified purchase
This movie keeps crossing the line between quirky and creepy. Girl sees people having sex in trailer. Girl sees mother having sex with college boy in kitchen. Girl climbs on roof and strips naked. Girl stuffs toy gun barrel first into boy's mouth. When girl gets molested in a garage by a college boy teasing her with a bullet and putting his hands under her shirt, I was done. If they had left the creepy porn out, they might have had a good story.
21 people found this helpful

Remy ChevalierReviewed in the United States on September 24, 2019
3.0 out of 5 stars
Heavily edited version
Verified purchase
This was a British project aimed at European sensibilities. Sadly a shorter version edited with scenes reshot without nudity was distributed in the US, the one streaming here on Amazon. The story is an adult tale, which for some twisted reason they tried to pawn off as a family oriented fare in America, totally missing the mark, substituting charm of innocence for creepy. Chances are we’ll never see the integral version again, with the missing 5 minutes that gave the film depth and purpose.
12 people found this helpful

DavidReviewed in the United States on March 6, 2021
5.0 out of 5 stars
likable and funny.
Verified purchase
I thought that the berett that mischa barton wore with her girl scout uniform that she wore during the scene that she goes door to door selling girl scout cookies looked a little amussing,than when she stuck the barrel of the toy gun in the little boys mouth while playing cowboys and bandits and her alof parents,reside in an upscale community,a loner in her own right ,she ventures out and on her cookie selling run ,she stumbeles into the trailer home of the community gardners ,a flash back to caddy shack but not that reclusive as b.m.was ,and devolopes a freindship.I was not a big fan of the violence against the gardner in this movie,winner of audience awards and actors.quite ammusing movie.rated 15 and over,region 2,all region player needed for u.s.a. viewing.
One person found this helpful

TReviewed in the United States on June 4, 2021
2.0 out of 5 stars
strange
Verified purchase
Lots of sexual themes in this film, including attempted child molestation, a married mother sleeping around with younger men, a frustrated closeted gay man's attempts at romance, and a little girl viewing sex acts through a window.

The friendship between the two protagonist is cute (and really the only redeeming factor in this film), but it does seem to flirt with themes of pedophilia--nothing outright, but the theme is there--they sort of hint at it. It's quite watchable, but the writing/storyline isn't great, and it isn't a particularly good film. It seems to try way too hard. For a late 90's film, it actually is OK.

ChrisSherrillReviewed in the United States on August 27, 2019
1.0 out of 5 stars
Improbable
Verified purchase
I couldn't get past the halfway point. The movie was dull, the story formulaic (rich bad/poor good), the acting was sub-par, and the script uninspired - as well as improbable beyond belief. No one in his right mind would allow such a young child to have so many liberties with his life. It's just beyond the limits of believe-ability. In real life he would have found himself in jail so fast, so he would never have allowed the relationship to take root.
Not family friendly. Not recommended.
5 people found this helpful

Todd M.Reviewed in the United States on April 13, 2019
4.0 out of 5 stars
It’s somewhere between a fantasy and a slice-of-life.
Verified purchase
Good performances by all and a tight script made this one by quickly. Some of the scenes involving a 10-year old girl might not appeal to everyone but taken into the context of the movie I didn’t have a problem with it but it’s easy to see how some did. The movie’s premise is based on a girl’s misunderstanding of the Baba Yaga which she interrupts as Bobi Yaga thus making it a male rather than a female so the whole movie could be easily viewed as a fantasy and that’s pretty much driven home with the ending.
5 people found this helpful

NicoleReviewed in the United States on February 13, 2019
5.0 out of 5 stars
Surprised I haven't heard of this before, loved it!
Verified purchase
I'm glad I ignored the reviews, what a pleasant surprise. Unique, brilliant script. Was it easy to guess how it would end up in a general sense, yes. Did it take away from the movie, no.
9 people found this helpful
See all reviews
Back to top
Get to Know Us
Make Money with Us
Amazon Payment Products
Let Us Help You
EnglishChoose a language for shopping. United StatesChoose a country/region for shopping.
© 1996-2022, Amazon.com, Inc. or its affiliates