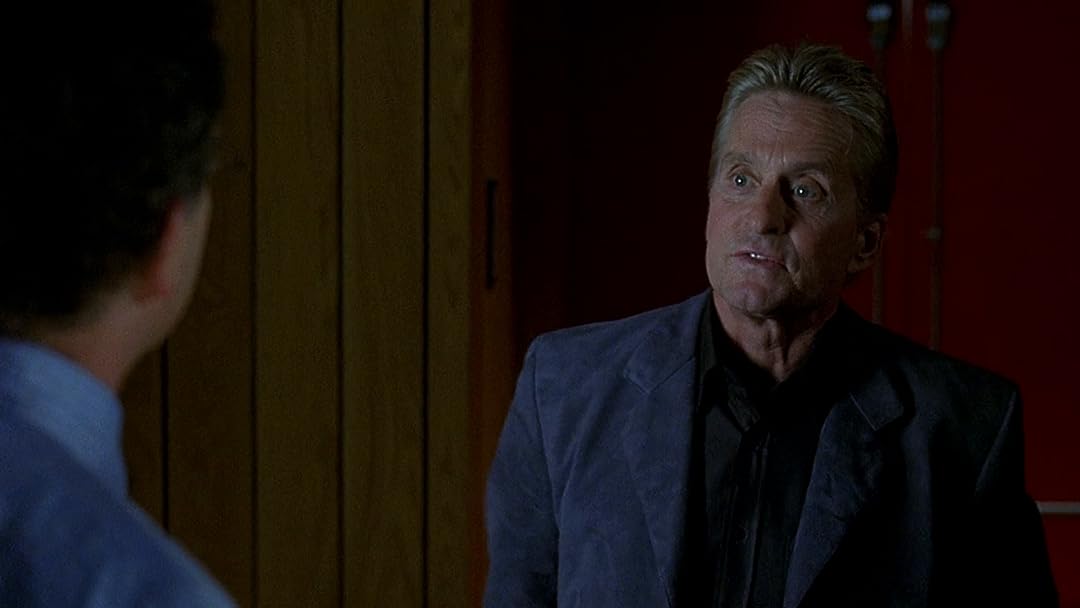 (1,022)5.81 h 37 min2003PG-13
Before his daughter's wedding, mild-mannered foot doctor Jerry discovers that his new in-laws might be international smugglers.

rick hatfieldReviewed in the United States on March 1, 2021
1.0 out of 5 stars
The 1979 disc freezes and won't play after a certain point.
Verified purchase
I bought two of these "In-Laws Double Feature" DVDs from two different vendors [one Amazon and a different one too] and both discs froze during the scene [1979 version] at the dentist office. They froze in exactly the same place and would not play after that point in the film. It must be a manufacturing issue. Trust me, I tried everything to get them to play. No joy.

I ended up buying the Criterion version from Amazon, and it played all the way through. It costs a lot. I ended up paying thirty dollars for the Criterion remastered 1979 version, and ten bucks each for the two defective discs and the 2003 one I already bought cost me another ten bucks, --- sooooo I have over sixty bucks invested in these movies.

The Criterion remaster works fine, but costs a lot more.

I am giving this double-feature version one star.

The 1997 Criterion version, although relatively expensive, was a good experience.

KratzReviewed in the United States on September 22, 2020
5.0 out of 5 stars
Great films together
Verified purchase
First of all, I used the product as a DVD in a DvD machine. It could be used as a coaster, but that limits its ability to be used as a DVD. I've liked the original INLAWS with Peter Falk and Alan Arkin forever. It's quite funny. The Inlaws with Michael Douglas and Albert Brooks is equally funny, but I always thought it was just a remake. It isn't. Though the 2 movies share a very similar plot there are unique differences in the 2nd movie that make it uniquely funny. And this is much more easily seem when you can watch the movies sequentially.
The only downside is lack of backstories for both films. They are often as good as the movies.
One person found this helpful

Carol the DabblerReviewed in the United States on September 2, 2019
4.0 out of 5 stars
Don't read reviews, just watch the movie!
Verified purchase
We bought this DVD for the original Falk/Arkin movie (and that's what my rating is based on). After reading numerous reviews here, we were expecting a certain outcome. After discovering that it doesn't turn out that way, we watched it again and found it much funnier the second time. I'm not entirely sure what that means, but I would recommend that anyone new to this movie either watch it without reading any reviews or else plan to watch it at least twice. We certainly intend to watch it again in a few years.

As for the remake, one of its major subplots is a James Bond spoof, and the overall tone is so different that I found it disorienting when they would occasionally do a scene from the original. It might have been better to go more consistently with the new feel, give it a new title, and say it was merely "inspired by" the original.
2 people found this helpful

Victoria SeaReviewed in the United States on April 29, 2013
4.0 out of 5 stars
Buy it for the 1979 version - you will love it!
Verified purchase
1979 In-Laws: Its not often when you can remember the lines from a movie that you only watched once a long time ago. This is one of those movies that have the rare combination of chemistry, timing, and line delivery that just works. It is just funny and memorable and a refreshing change. The story line is simple yet the characters were wonderfully developed. Its about a straight laced dentist and a quirky father who works for the government, thrown together because their children are getting married. An unstable union is formed when the law abiding dentist is dragged into the world of counterfeiting and illegal money trading by his daughter's soon to be father in law. Who can he trust? will he be shot by firing squad? Spend his days in jail, or be in time to see his daughter married? This is a timeless movie that should be part of everyone's collection.
2003 In-Laws: There isn't too much to say about this version except, Why? Some movies just should not be tampered with especially when everything works on the original. The chemistry, timing, and script pale in comparison. Although not horrific, it lacks the spark that made the original so enjoyable. It's an ok movie but not one that I will be watching again anytime soon.
2 people found this helpful

WilliamBReviewed in the United States on March 5, 2014
4.0 out of 5 stars
A classic and an OK remake packaged together
Verified purchase
"Serpentine, Shel, serpentine!" The In-Laws never gets old. Peter Falk and Alan Arkin made a great comedy team. I wish they had done more together. Martin and Lewis, Abbott and Costello, Laurel and Hardy--made lots of entertaining movies, but Arkin and Falk were extraordinary, and without the silliness that was so often part of the other comedy duos. I'm not saying that this film doesn't require significant suspension of disbelief. It's just at a higher level. IMDB: 7.4 (I'd give it 8)

That's why I wondered why...why remake a modern classic? Bigger budget, contemporary stars? OK. This movie has its moments, and Albert Brooks does great comedy. Michael Douglas also did a credible job here. This one, though, complicates the story line, has a few too many personalities, and takes Suspension of Disbelief over the top. Moderately entertaining, and your wife will like it for Michael Douglas. IMDB: 5.7 (I'd give it 6)

I know it was an easy deal putting these two in the same package, since they were the same studio. Imagine a boxed set of all the movie versions of War of the Worlds!
3 people found this helpful

David RoseReviewed in the United States on November 29, 2015
5.0 out of 5 stars
Don't serpentine to the TV, make a direct line and push play.
Verified purchase
I chose this one because it had both versions but the second movie can't hold a candle to the first.

I don't care if it isn't over the ocean to Scranton Pennsylvania, the 1979 version might be one of Hollywood's funniest movie pairings, ever. These guys were superb together.

The movie is a little dated visually, but that is immaterial. 36 years later my wife and I are still quoting lines to each other from this film.

BTW, when Marlon Brando died, someone who knew him well reported he thought this was the funniest movie ever made. It was reported he had seen this film TEN times.

Amazon CustomerReviewed in the United States on May 26, 2021
5.0 out of 5 stars
A superb intelligent excellent comedy with a good remake
Verified purchase
The original In Laws movie is a truly excellent intelligent comedy. Arkin and Falk are superb. The writing, the pace, the production, are all excellent. I never get tired of hearing about the Guacamole Act of 1917 nor the advice "serpentine, serpentine". Everybody to whom I've shown this movie has laughed and enjoyed it. I strongly recommend it. The remake is no where as good, but it is a good movie. The advantage of putting both movies together is that the remake makes the original look even better. Buy and enjoy.

JesusIsLordDLWCReviewed in the United States on July 8, 2014
5.0 out of 5 stars
The In-Laws Movie - Michael Douglas; Albert Brooks; KC & The Sunshine Band and other fine actors. Review. (Comedy)
Verified purchase
Michael Douglas and Albert Brooks are extremely funny in this movie abouut a young couple whom plan to marry and their families meet. Micheal Douglas is a rouge CIA under-cover operative and the father of the groom, whom no one but the groom knows what he really does for a living. Albert Brooks is the father of the bride and wants his daughter to have her wedding on a beach. Albert Brooks is foot doctor and does not like his soon to be son in law's father, Michael Douglas whom he thinks is a xerxox sales person.
Michael Douglas is selling a submarine named Olga, to a french criminal. You will have to see it for yourself it is absolutely funny.
KC and Sunshine band is the movie along with a few other well known actors. I have seen it many times and have it on VHS. I just buying it in the DVD version for my library. Dione L. WilliamsCrayton. July 8, 2014.
3 people found this helpful
See all reviews
Back to top
Get to Know Us
Make Money with Us
Amazon Payment Products
Let Us Help You
EnglishChoose a language for shopping. United StatesChoose a country/region for shopping.
© 1996-2021, Amazon.com, Inc. or its affiliates