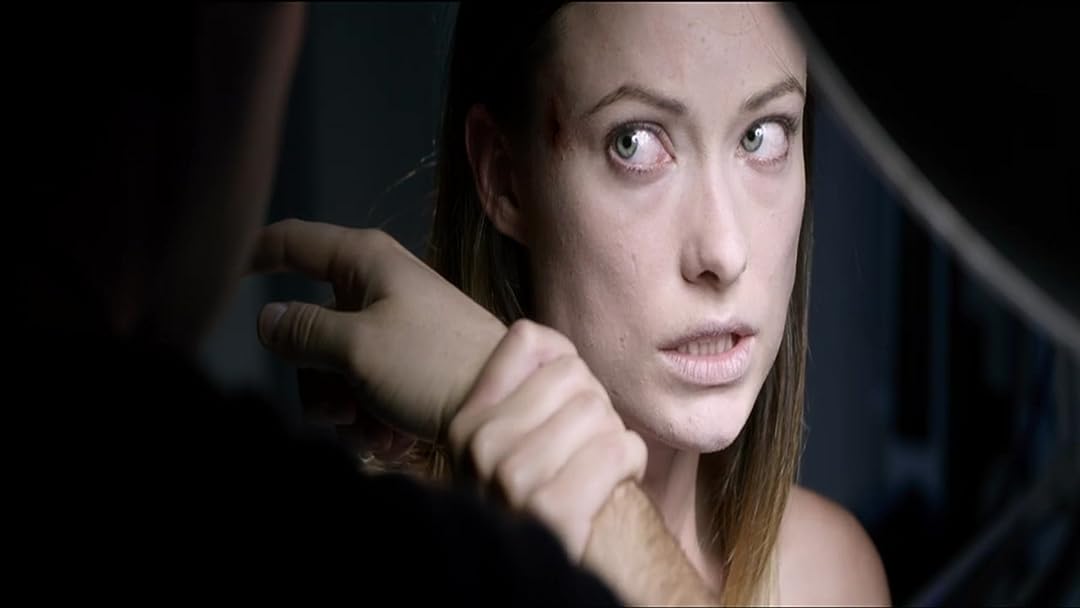 N. CrabtreeReviewed in the United States on June 27, 2020
4.0 out of 5 stars
Underrated, worth a watch
Verified purchase
The setup for this film is exactly what I like in my science fiction. A question is asked, and the film attempts to provide those answers. In this case, the question is: what if we could bring people back from the dead? Who's in there? What are the implications thereof?

A quick note about the corporate takeover scenario in this film. I have been a part of two separate mergers where a larger company bought the one I worked for. In both cases, what they were after was the people and their knowledge about the business that was purchased. You do this because you lack a certain capability in-house and so you purchase it instead of spending years (and lost market opportunity) on your own research, pawing around in the dark so to speak. In this movie (it's not really a spoiler), the researchers are given a grant but the granting company is bought out. Company representatives then come and take their data and materials, but cut the researchers loose.

I doubt in the real world this would happen. It would be far, far more likely that they would take on these researchers (the only ones to make a monumental, earth-shattering medical discovery) and give them additional funding to continue their work. Why would they run the risk of alienating the only people who have been able to accomplish a feat that has eluded the efforts of all other medical researchers for hundreds of years? It makes no sense, and I suspect that the writers have little to no actual business experience. I know it's necessary for the plot, but each time a writer takes a super lazy, idiotic shortcut like this, a cute and harmless kitten somewhere in the world dies because it can't stand to live in such a lame world as ours.

Son of SamhainReviewed in the United States on December 28, 2019
3.0 out of 5 stars
meh
Verified purchase
Interesting enough to kill an hour or so but thats mainly because Olivia is so lovely. Not all that spooky , even on a conceptual level and the story isnt coherent. Is she hyper-evolving? was she in a hell of her own making? if so then why didnt all those hail-marys and what-not 'fix' that? Is that even her that came back? was it a 'demon' or something? is that why she resurecting the others at the end?.....does any of that even matter? It was good to kill an hour , i guess that'll suffice.
I saw this on Amazon Prime....That service really seems to offer a lot of these b list movies and speaking of B-list movies: what was Olivia doing in this one? really , couldnt she get any better offers? *shrugs my shoulders*
I saw it , wont see it again , Olivia is a hottie....and thats pretty much it.

RachelleReviewed in the United States on December 25, 2021
1.0 out of 5 stars
Slow-paced and predictable.
Verified purchase
Once the evil lady's eyes turned black, the rest was predictable.
7 people found this helpful

MeowerReviewed in the United States on June 27, 2016
5.0 out of 5 stars
An Under-Rated Five Star Film Well Worth Seeing
Verified purchase
This film has elements of Flatliners (resurrection) and Lawn Mower Man (cognitive enhancement drug with similar "side effects"). I found the tone surprisingly similar to Lawn Mower Man though I think this film is even better. I won't recount the plot since other reviewers already have done this. While the film may have had limited ambitions, I thought the film's execution (writing, plot, acting) was extremely well done. I was particularly impressed with the female lead who played a particularly challenging role in this film. I loved the ending (won't spoil it for you). Like the Stephen King film Pet Sematary, the film does touch on some deeper philosophical themes but not in an opinionated or preachy way. Another thing I liked about the film is that some side aspects/subplots of it go in unexpected and interesting directions.
29 people found this helpful

Phil GarReviewed in the United States on January 15, 2022
1.0 out of 5 stars
One of the worse so-called movies I ever watched.
Verified purchase
Not worth the time. Simply, without spoilers, the movie is so predictable and dumb it should be called a comedy, even though none of it is funny.
4 people found this helpful

Mr. WReviewed in the United States on November 20, 2021
1.0 out of 5 stars
Just AWFUL
Verified purchase
Not scary at all and the concept was the dumbest thing ive ever heard. The only thing dumber was how they portrayed the plot of the movie. dont waste your time
4 people found this helpful

ErebusReviewed in the United States on December 19, 2021
3.0 out of 5 stars
Lot of concepts, no follow through
Verified purchase
Acceptable movie until the final "twist." It made a lot of the stuff talked about earlier in the movie pointless. I also though most of the deaths weren't anything special. Overall it just felt kind of unimaginative. Good actors though.
4 people found this helpful

David GoldenbergReviewed in the United States on February 19, 2022
3.0 out of 5 stars
Basically an extended length Outer Limits episode
Verified purchase
If you think about it as a higher quality Outer Limits episode it doesn't seem quite so bad/cheesy. There's a lot of derivative or reused concepts here. I think of Event Horizon, what happens if hell is brought back? Instead of some sci techy thing like nanobots bringing someone back from the dead it's a serum/shock combination. I probably wouldn't have watched it if I'd known and I wouldn't recommend watching it in general. I like Donald Glover, Evan Peters and Olivia Wilde but unfortunately bigger names can't really save a bad script.
One person found this helpful
See all reviews
Back to top
Get to Know Us
Make Money with Us
Amazon Payment Products
Let Us Help You
EnglishChoose a language for shopping. United StatesChoose a country/region for shopping.
© 1996-2022, Amazon.com, Inc. or its affiliates