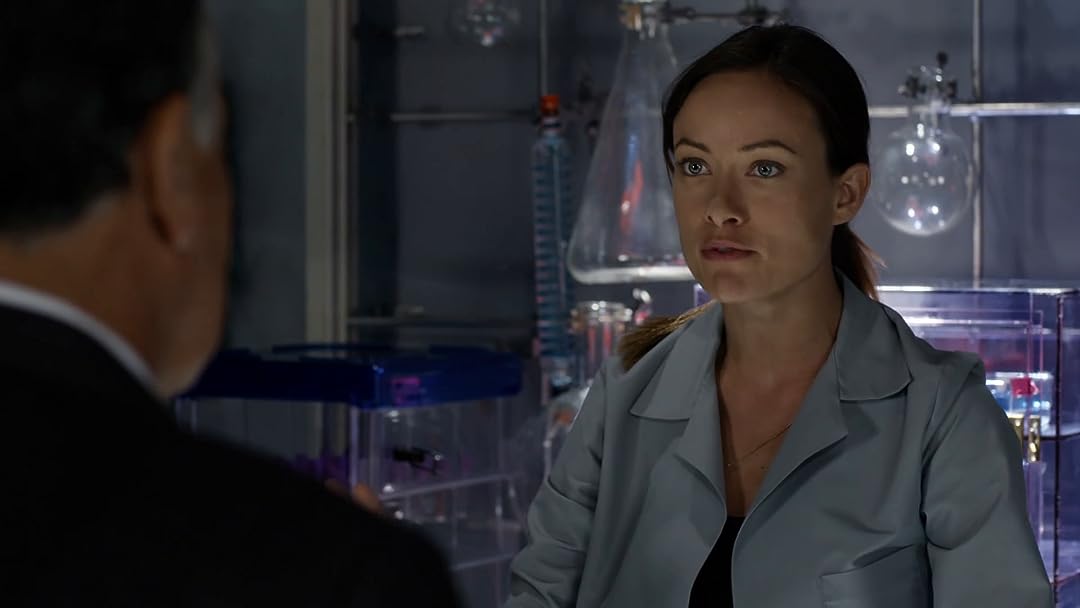 Son of SamhainReviewed in the United States on December 28, 2019
3.0 out of 5 stars
meh
Verified purchase
Interesting enough to kill an hour or so but thats mainly because Olivia is so lovely. Not all that spooky , even on a conceptual level and the story isnt coherent. Is she hyper-evolving? was she in a hell of her own making? if so then why didnt all those hail-marys and what-not 'fix' that? Is that even her that came back? was it a 'demon' or something? is that why she resurecting the others at the end?.....does any of that even matter? It was good to kill an hour , i guess that'll suffice.
I saw this on Amazon Prime....That service really seems to offer a lot of these b list movies and speaking of B-list movies: what was Olivia doing in this one? really , couldnt she get any better offers? *shrugs my shoulders*
I saw it , wont see it again , Olivia is a hottie....and thats pretty much it.

N. CrabtreeReviewed in the United States on June 27, 2020
4.0 out of 5 stars
Underrated, worth a watch
Verified purchase
The setup for this film is exactly what I like in my science fiction. A question is asked, and the film attempts to provide those answers. In this case, the question is: what if we could bring people back from the dead? Who's in there? What are the implications thereof?

A quick note about the corporate takeover scenario in this film. I have been a part of two separate mergers where a larger company bought the one I worked for. In both cases, what they were after was the people and their knowledge about the business that was purchased. You do this because you lack a certain capability in-house and so you purchase it instead of spending years (and lost market opportunity) on your own research, pawing around in the dark so to speak. In this movie (it's not really a spoiler), the researchers are given a grant but the granting company is bought out. Company representatives then come and take their data and materials, but cut the researchers loose.

I doubt in the real world this would happen. It would be far, far more likely that they would take on these researchers (the only ones to make a monumental, earth-shattering medical discovery) and give them additional funding to continue their work. Why would they run the risk of alienating the only people who have been able to accomplish a feat that has eluded the efforts of all other medical researchers for hundreds of years? It makes no sense, and I suspect that the writers have little to no actual business experience. I know it's necessary for the plot, but each time a writer takes a super lazy, idiotic shortcut like this, a cute and harmless kitten somewhere in the world dies because it can't stand to live in such a lame world as ours.

MeowerReviewed in the United States on June 27, 2016
5.0 out of 5 stars
An Under-Rated Five Star Film Well Worth Seeing
Verified purchase
This film has elements of Flatliners (resurrection) and Lawn Mower Man (cognitive enhancement drug with similar "side effects"). I found the tone surprisingly similar to Lawn Mower Man though I think this film is even better. I won't recount the plot since other reviewers already have done this. While the film may have had limited ambitions, I thought the film's execution (writing, plot, acting) was extremely well done. I was particularly impressed with the female lead who played a particularly challenging role in this film. I loved the ending (won't spoil it for you). Like the Stephen King film Pet Sematary, the film does touch on some deeper philosophical themes but not in an opinionated or preachy way. Another thing I liked about the film is that some side aspects/subplots of it go in unexpected and interesting directions.
19 people found this helpful

Original Toe KneeReviewed in the United States on January 4, 2020
3.0 out of 5 stars
Not an easy experience
Verified purchase
As a movie... it's entertaining.... they turned a good idea into a horro flick. Olivia is great. I think I would watch any movie she is in... stunning performance, as usual...and so beautiful... but.... alas the writers turned a good idea into a revelatory concept of a child's guiilt... that in itself is a great premise...I would haveloved to have seen this same movie with a redemptive ending... coulda...shoulda... but therefore because it was NOT, it falls a little short... thatsaid, you can't go wrong for it's entertainment value if you are into a science-horror B movie thriller... I guess it's better than most. Just wish it had gone further. though I believe re-animation is in our future someday, maybe sooner with high tech, I can't buy the downside this one offers as the premise for the fulfillment of such research, least ways not in total.
3 people found this helpful

KellyReviewed in the United States on November 9, 2018
5.0 out of 5 stars
Great Movie, Keep Your Expectations Mild
Verified purchase
I watched this movie when it first came out and was severely disappointed. Three years later I stumbled upon the trailer on Netflix and was intrigued again. I couldn't remember much of the movie from when I first saw it, my brain must have suppressed it from my memory for how disappointed I was the first time I saw it. This time watching it I knew it wouldn't live up to the hype of the commercial so I went in with lower expectations and I found this movie to be excellent. It is short and the last 40 minutes or so is the good stuff. Overall, I would buy this movie and watch it again.
3 people found this helpful

Kristin HitesReviewed in the United States on August 8, 2015
3.0 out of 5 stars
Worth seeing but I wished for a bit more....
Verified purchase
I was really excited to see this movie. I love Olivia Wild and I also love horror movies of all kinds. I loved the concept of science going terribly wrong combined with an element of the 'demonic'. I am using the term demonic to describe intelligent evil. It was interesting, the acting was great. I think I was disappointed how quickly this force seemed to dominate. The movie ended a little too abruptly for me. It was left open for a second movie. I wish they would have gone a little farther with this one. I may just be a case where I was hoping for too much so I was bound to be disappointed. Perhaps if you go in with mild expectations, you will be pleasantly surprised.
10 people found this helpful

ChloeReviewed in the United States on July 21, 2018
5.0 out of 5 stars
Horror/Science Nerds/Psychological Thriller Fans - This One's for You!
Verified purchase
As an avid horror movie fan that really appreciates the occasional addition of science - this movie was fantastic! And by the way, the lead guy in this is also fantastic in the well under-rated horror movie "Creep." Brilliant for those that are horror movie/sciences fiends/psychological thrillers alike. This movie is really great!
3 people found this helpful

E. BarneyReviewed in the United States on April 26, 2020
3.0 out of 5 stars
Feels like a decent made for tv sci-fi movie
Verified purchase
Somewhat silly in its premise but overall not bad. Everything apart from the story, though, the camera work, sound, acting, etc, are all good. Basic premise is that a group of medical students are working on healing broken nerve pathways in coma patients and accidentally discover there's something on the other side when they resurrect a dead dog. It kind of feels like a spiritual successor to the movie Flatliners where they think they're in control but end up opening a whole other can of worms meddling with science they don't understand. Worth watching if you're into a mixture of sci-fi and supernatural.
See all reviews
Back to top
Get to Know Us
Make Money with Us
Amazon Payment Products
Let Us Help You
EnglishChoose a language for shopping. United StatesChoose a country/region for shopping.
© 1996-2021, Amazon.com, Inc. or its affiliates